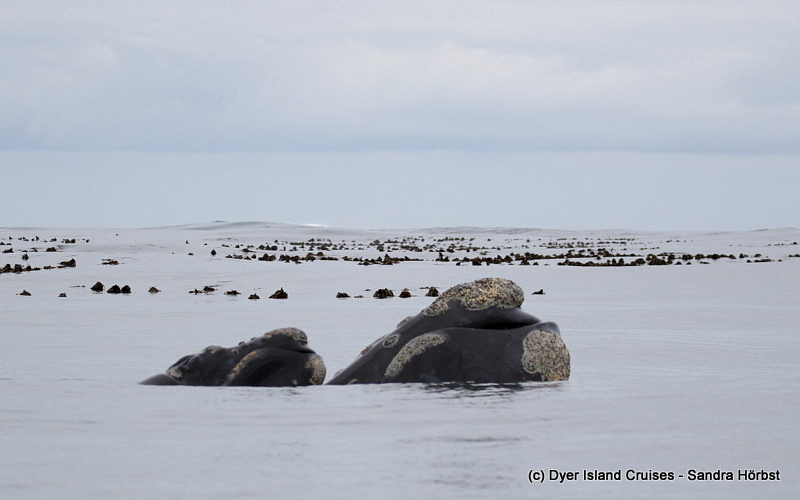 Although it was overcast, we had a fantastic trip with a calm sea and great whale sightings. As usual we launched from Kleinbaai harbour and were heading along the coast past Uilenkraalmond towards Pearly Beach, but halfway through the bay we already spotted our first Southern Right whales. This mom and her calf were slowly traveling alongside us and coming up for frequent breaths. After some great looks we continued to Geyser Rock and Shark Alley to see the Cape Fur seals. As their breeding season is about to start, we see more and more big males on the island starting to dominate the females and fighting for their territory. Around the corner closer to Dyer Island itself we spotted African penguins and plenty of Cape cormorants and were lucky to find another pair of Southern Right whales. They were slowly moving alongside the kelp when we spotted them. It was great watching the mother and calf breaking the surface at the same time. After a couple of great looks at them we were heading back home to Kleinbaai harbour. What a  great day at sea and thanks everyone for joining us. 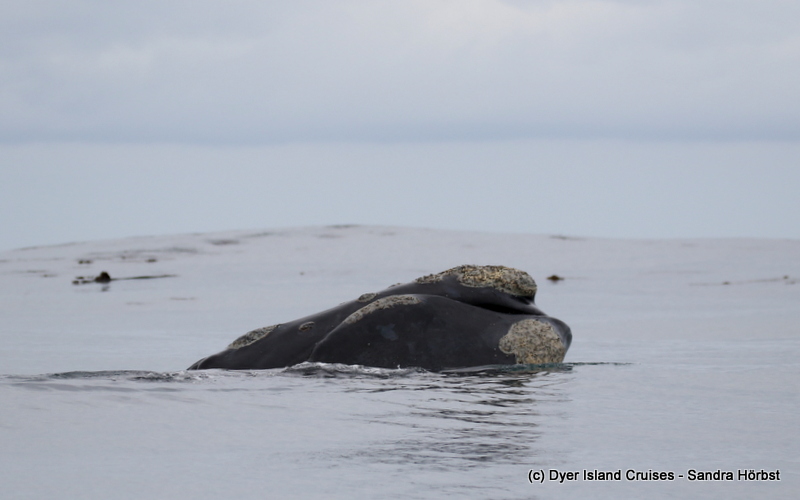 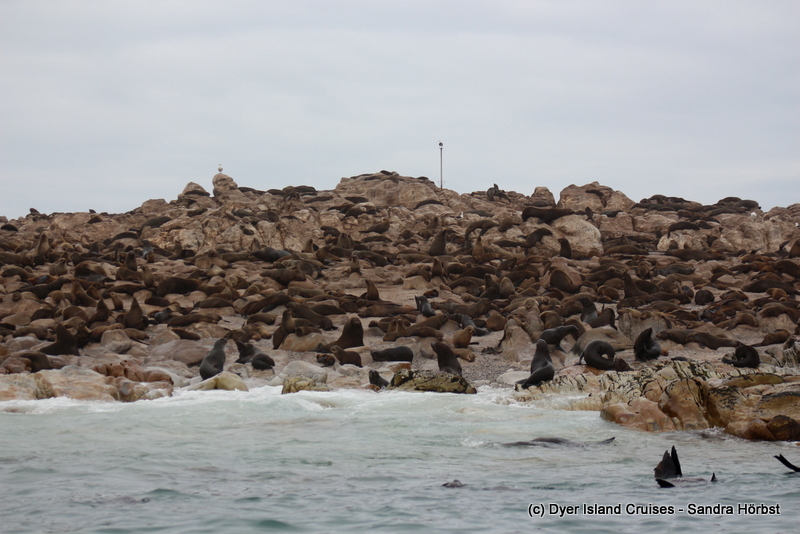 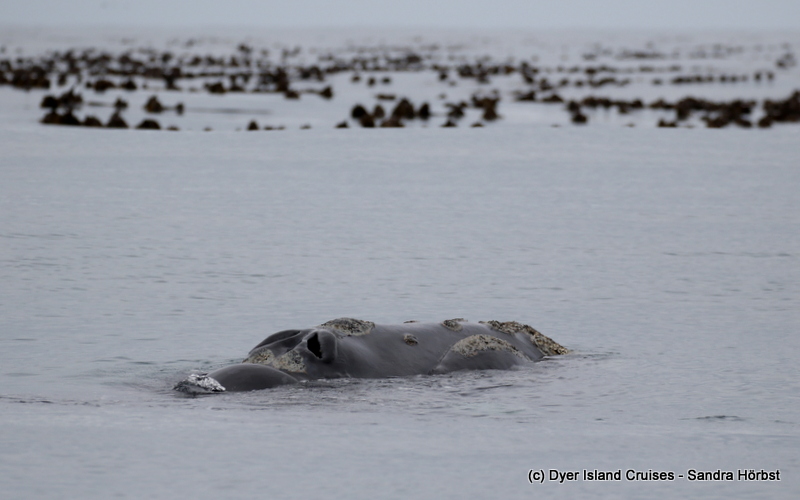 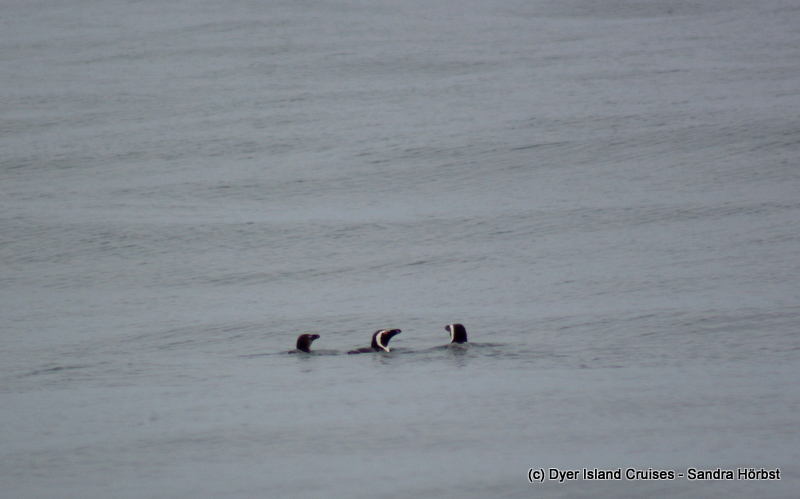 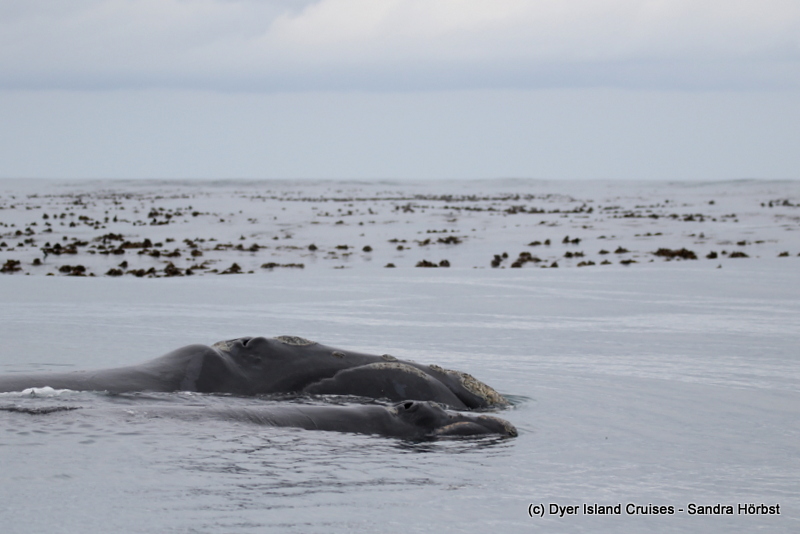 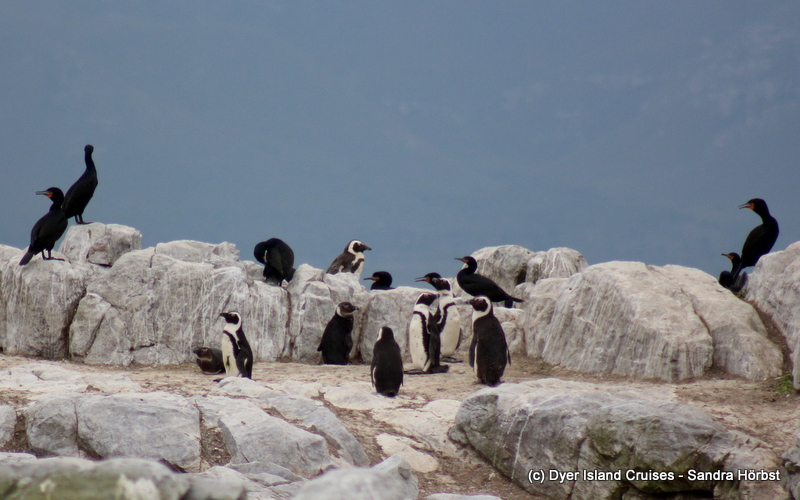 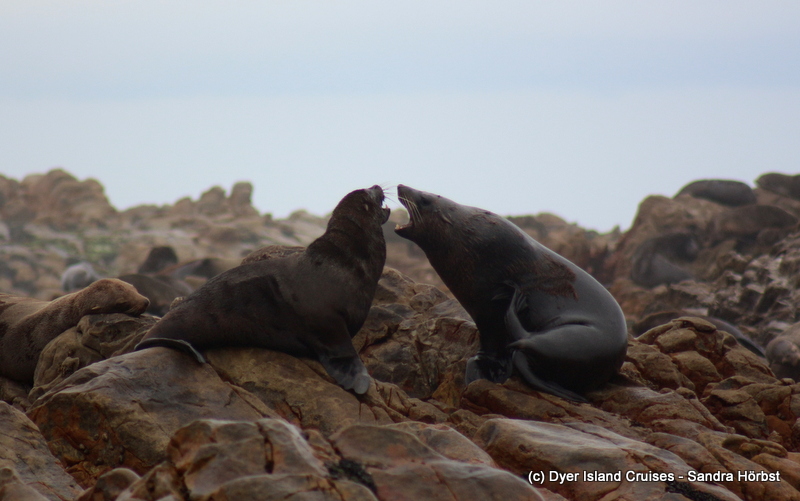