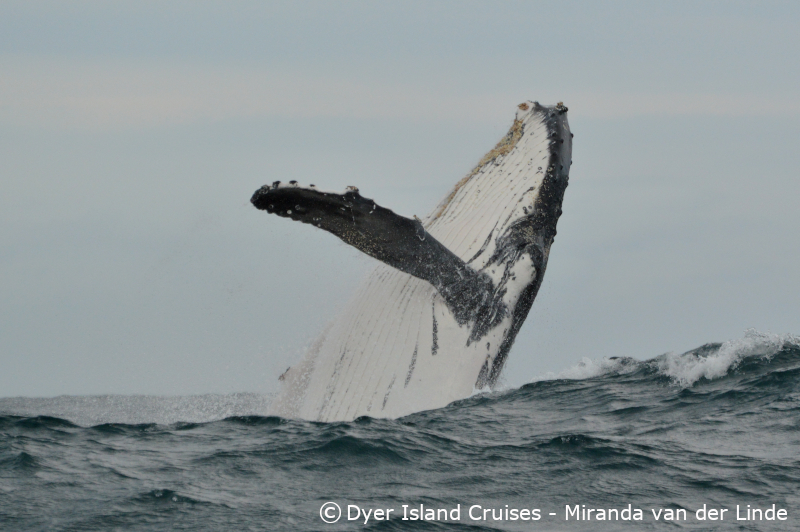 What a surprise! To start off our day we were treated to several breaching humpback whales out in the deep. We don’t know how many there were in total, but it seemed that everywhere we travelled offshore we saw humpback whales leaping out of the water. The sea was a bit choppy, which is probably why the whales were so active, as the two often go hand in hand. After moving between different individuals, we ended with one that we got to see breaching repeatedly, giving us a great show. Of course we cannot forget our Southern right whales which were also present on all our trips today. We saw the tail of one adult in the morning and for the rest of the day we encountered adult and juvenile pairs. They were close to shore and really nice to watch. We had some really nice shark activity today also, including a great white shark in the morning and bronze whaler sharks throughout the rest of the day. The African penguins on Dyer Island and Cape fur seals on the adjacent Geyser rock were also on our list of sightings, and it was nice to observe more penguins that we usually do on the island. Because of the wind we also had some really nice bird sightings, especially shy albatross and white-chinned petrels in the area of the humpback whales. 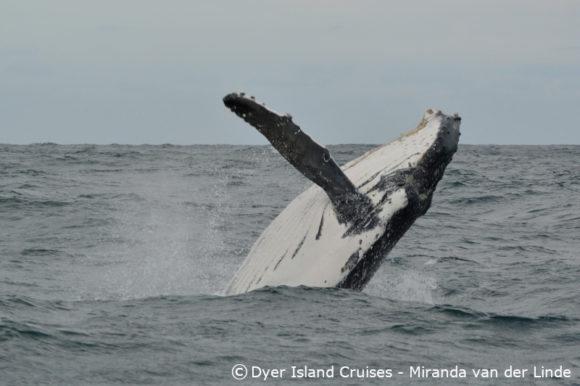 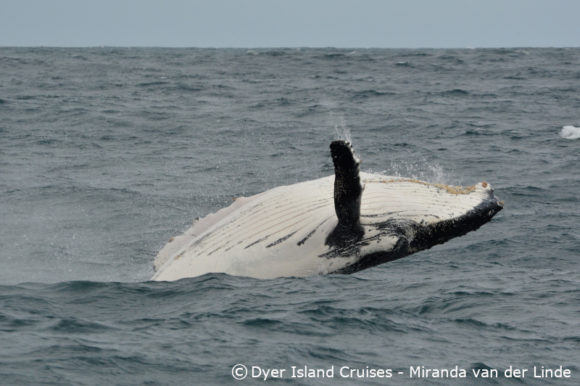 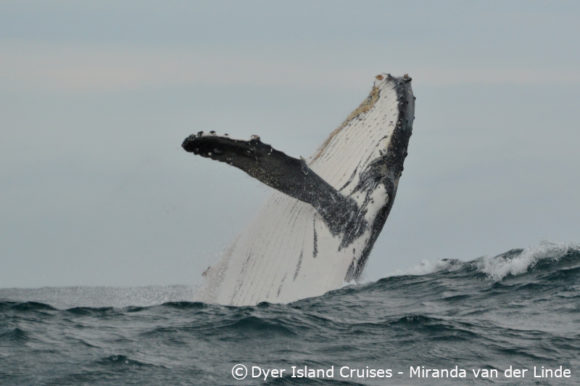 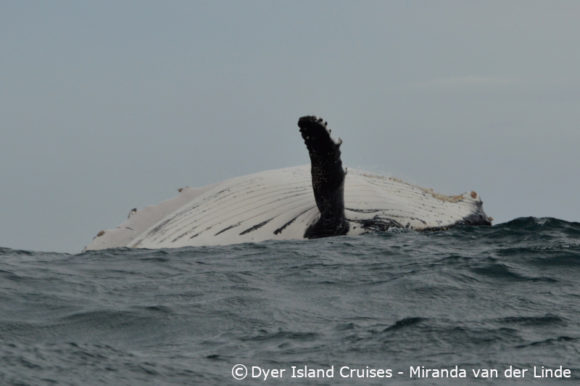 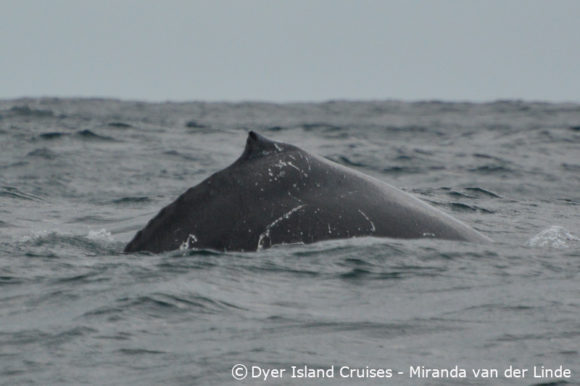 umpback whale curving its back 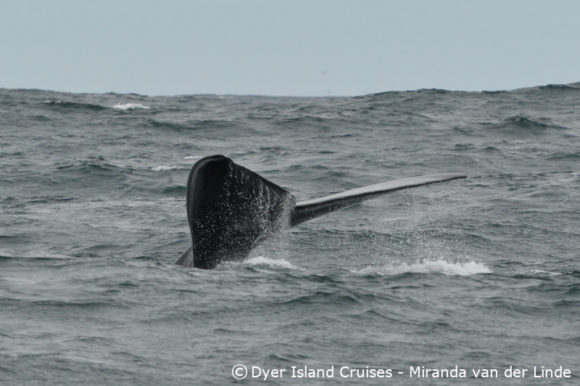 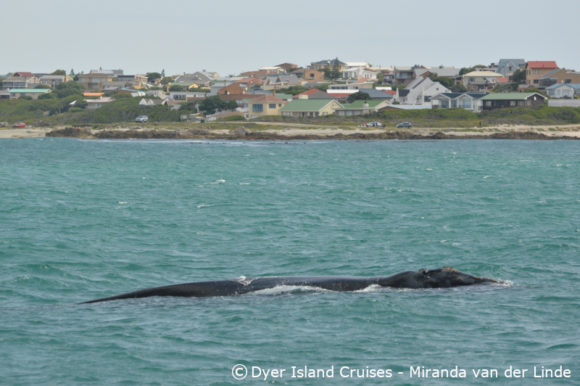 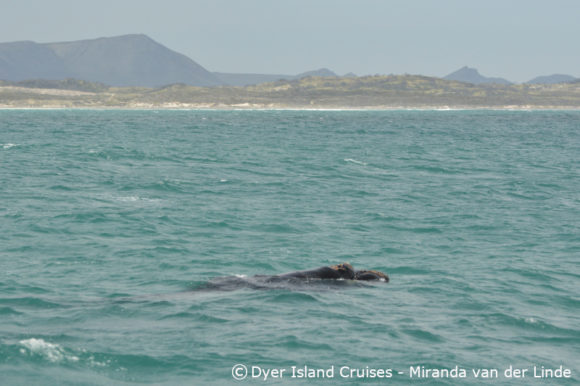 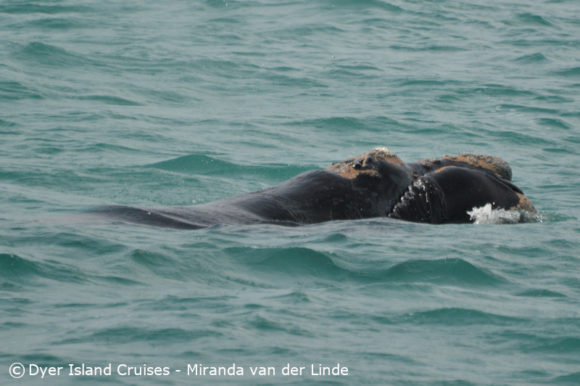 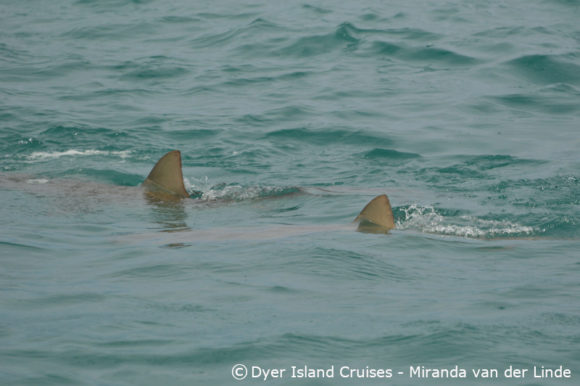 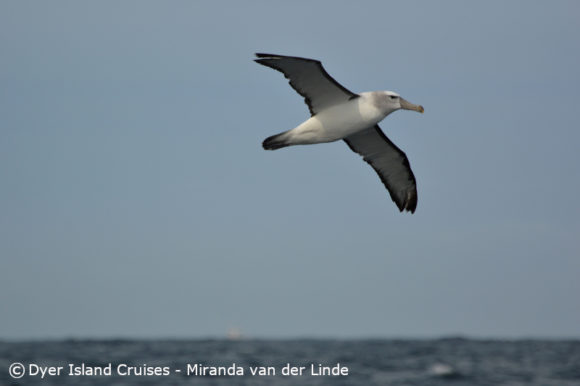 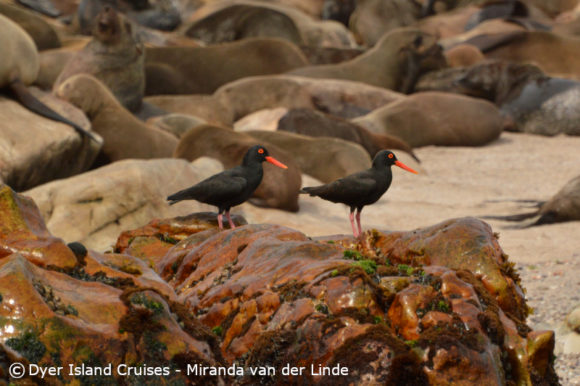 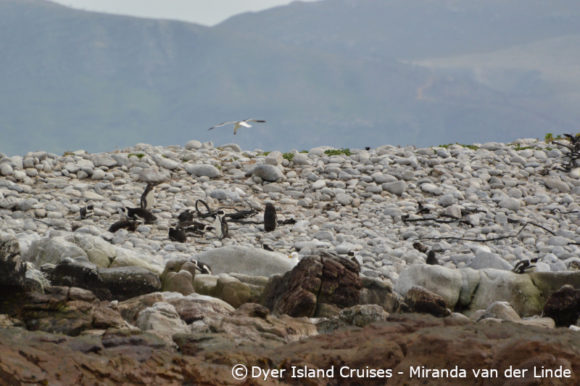 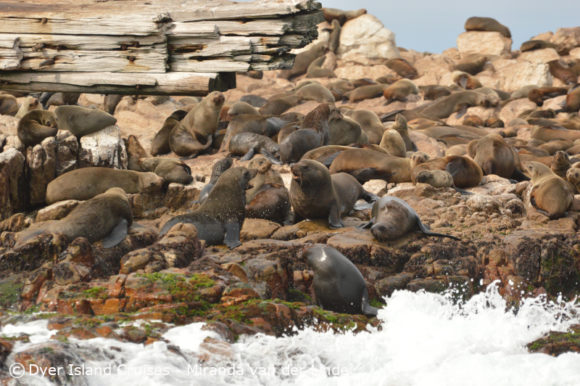