We used the weather gap this morning and were heading out to see some southern right whales and other marine life. Shortly after leaving Kleinbaai harbour, we spotted some southern right whales, two mother and their calves. We spend some time alongside them before moving on to the shark cage diving boats. On the way to Dyer Island, we made a quick stop to watch the thousands of Cape Cormorant that were gathering close by. As we entered Shark Alley we saw the thousands of Cape fur seals and even a penguin was there in-between today. 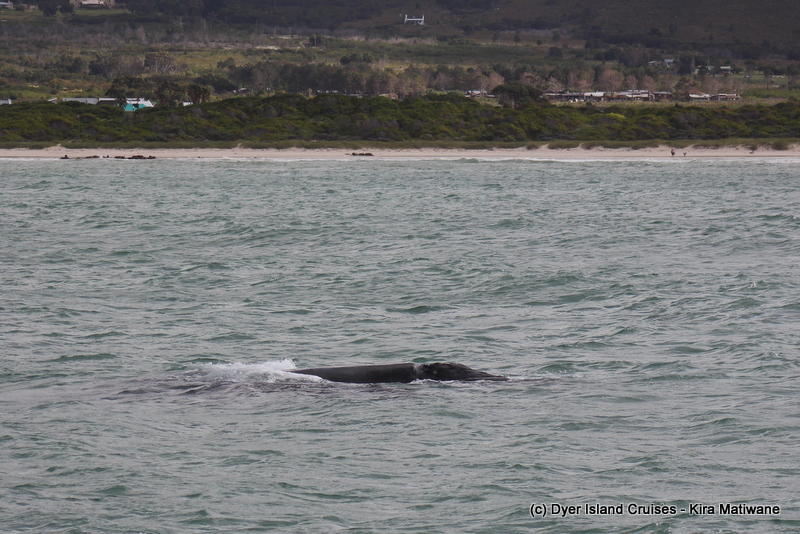 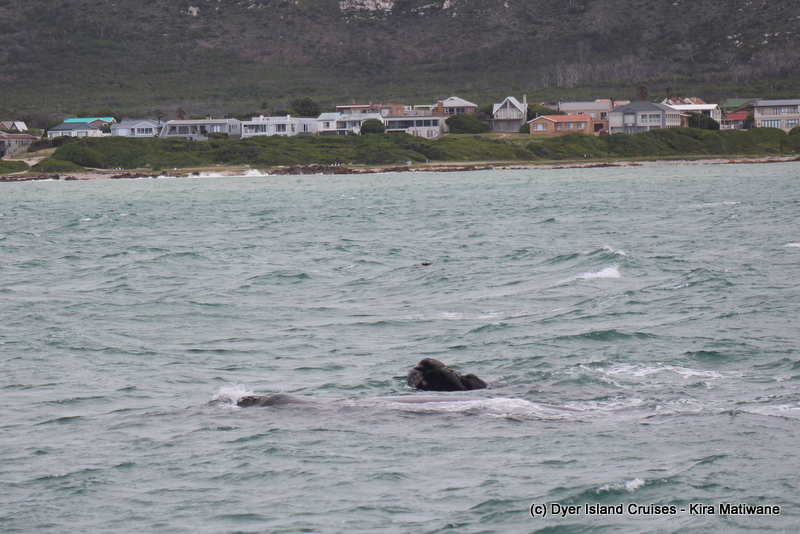 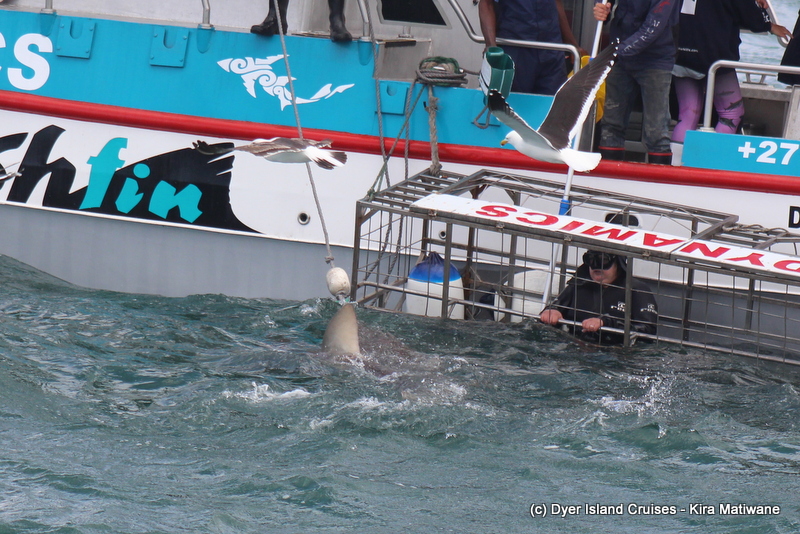 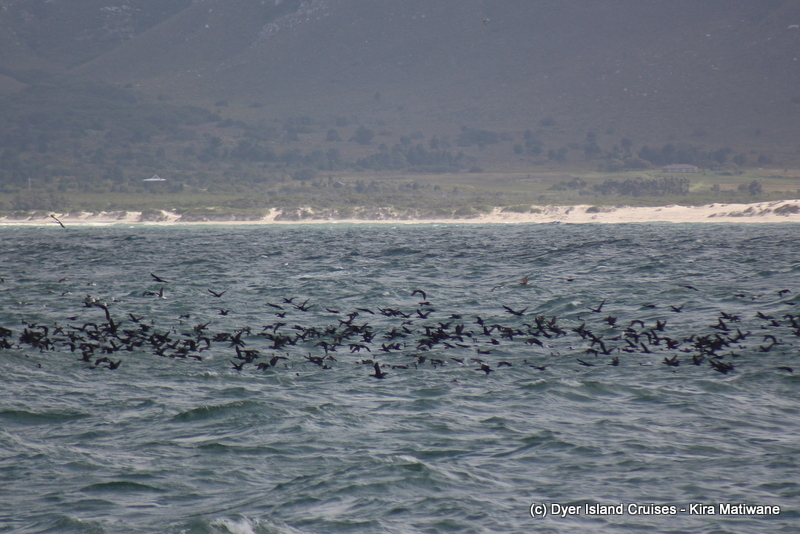 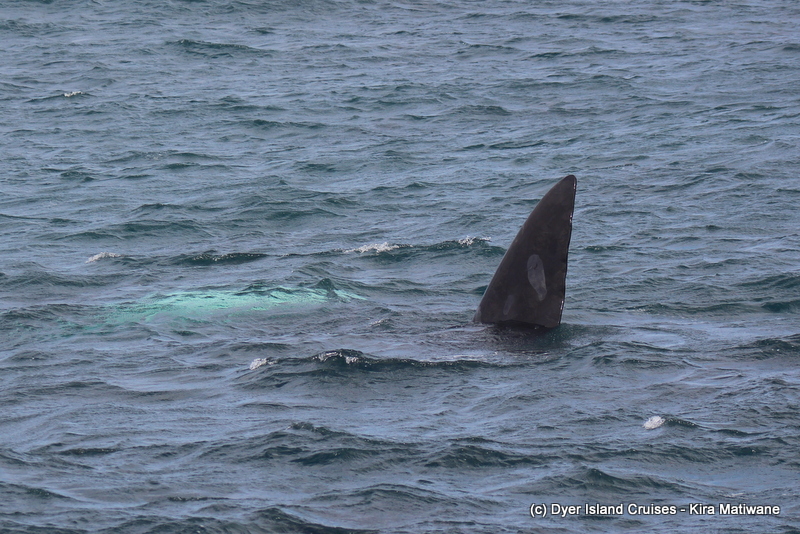 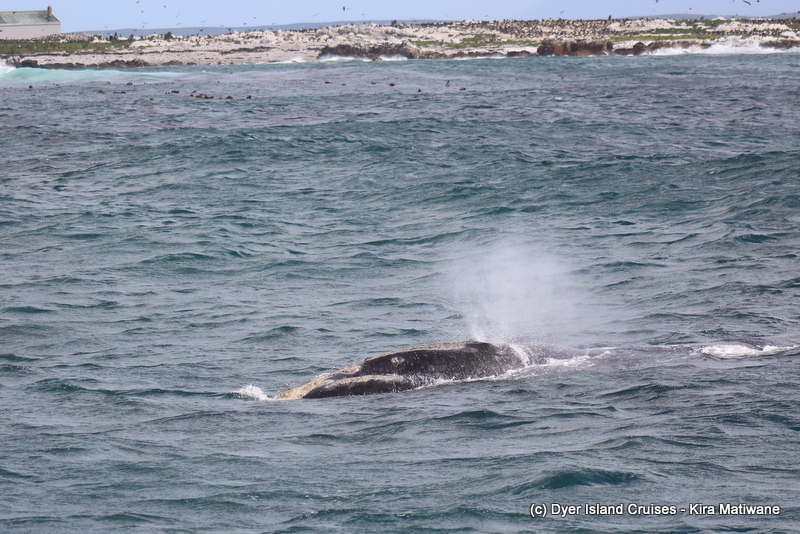 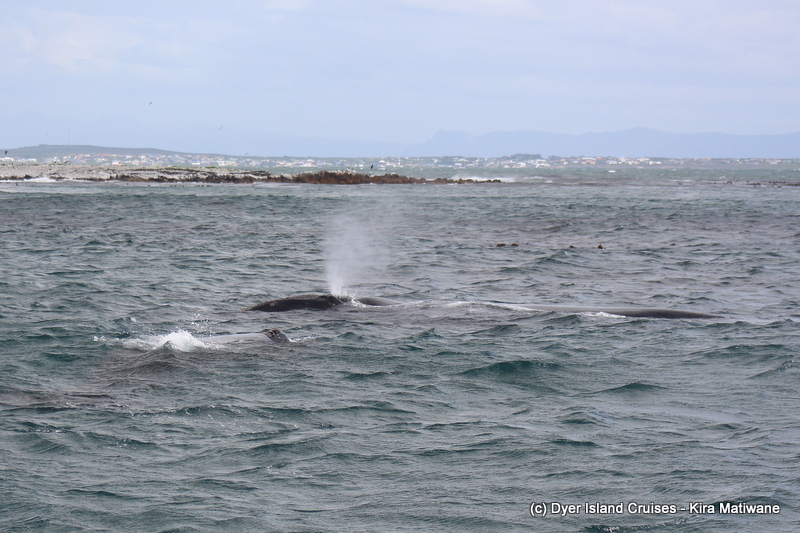 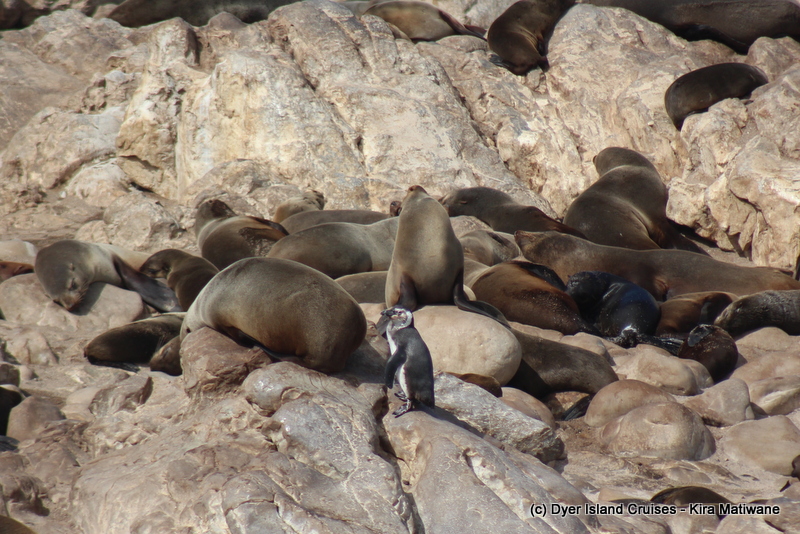 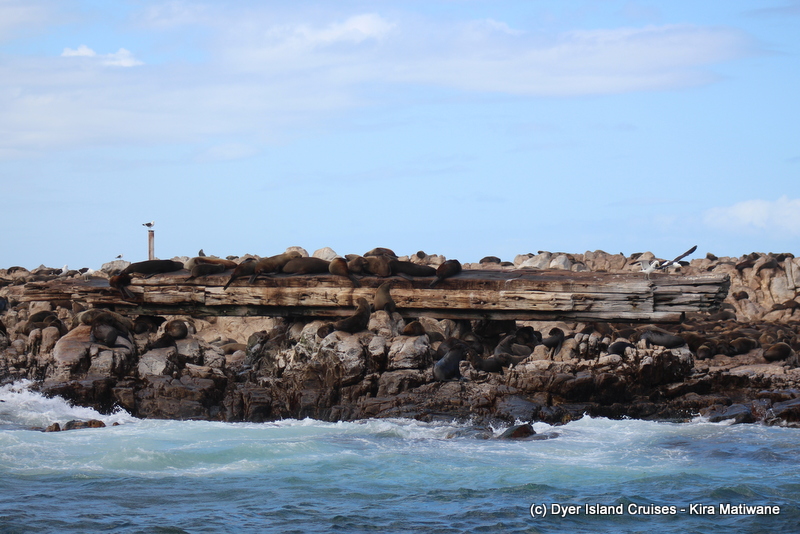 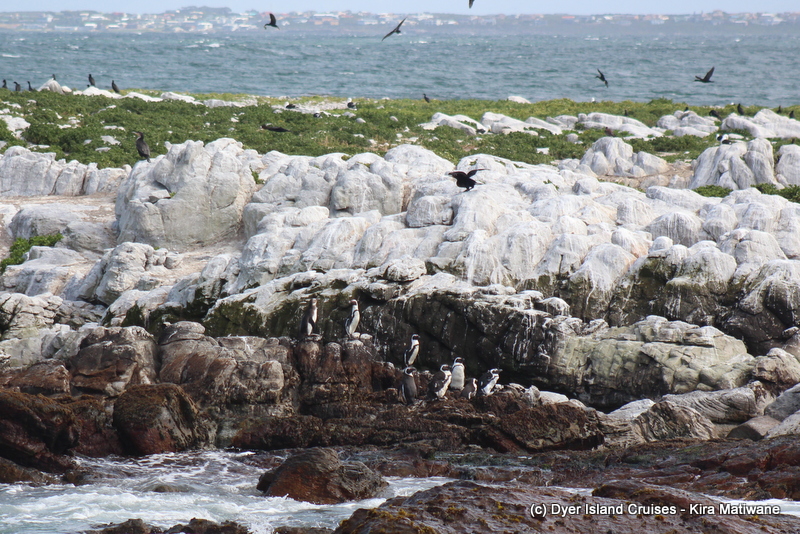