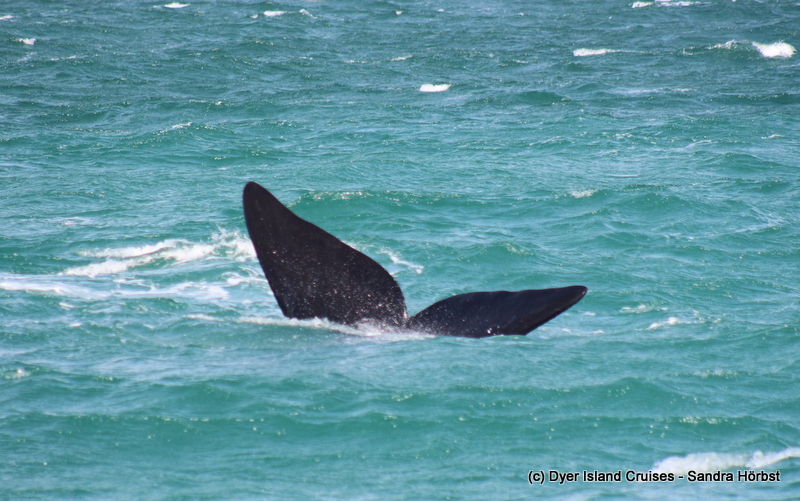 Although we had some west wind blowing we had a fantastic trip in the morning. Just like yesterday we spotted some whales passed De Clyde, a reef system stretching from the mainland to Dyer Island and what a great encounter we had with six different pairs. Especially one calf was very playful, lifting up its fluke and head several times. Arrived at Shark Alley we observed the Cape Fur seals and bank cormorants on Geyser Rock. Before heading back to Kleinbaai harbour we also stopped closer to Dyer Island to point out the few African penguins that are left as well as the Cape cormorant. 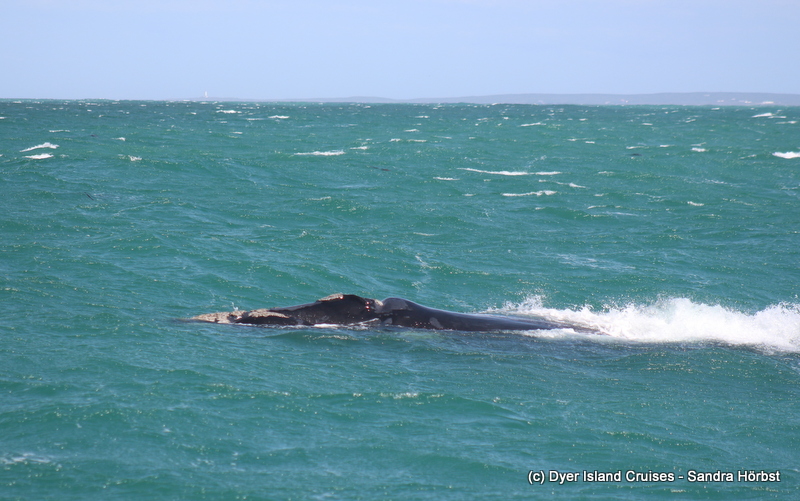 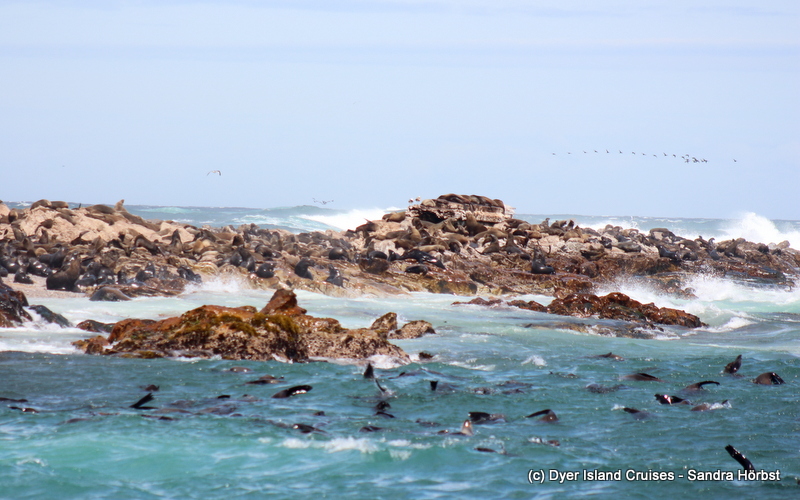 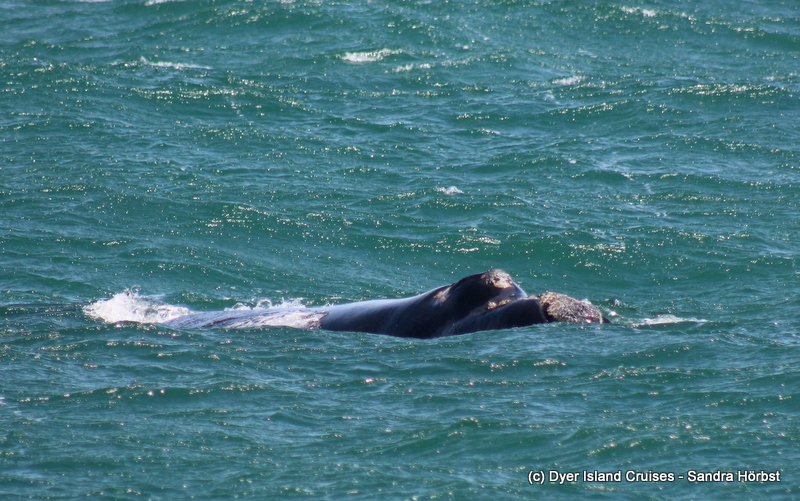 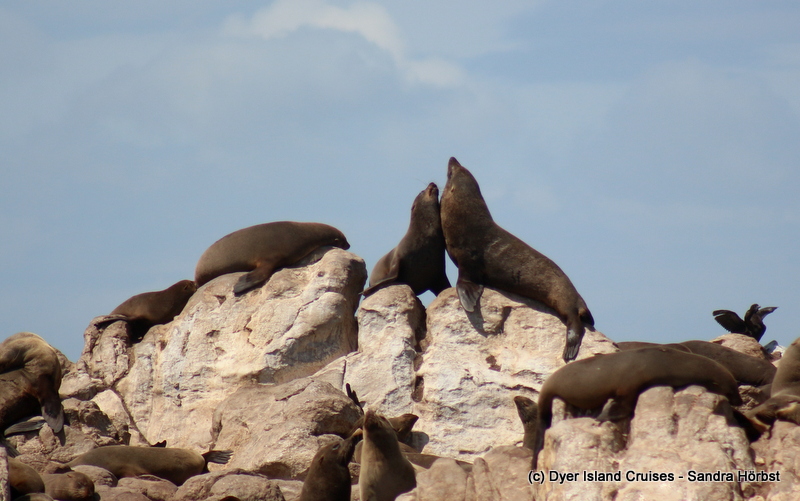 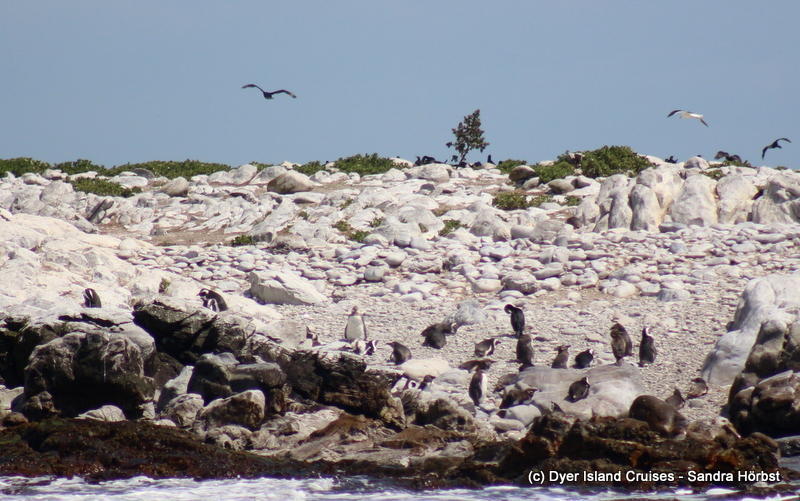