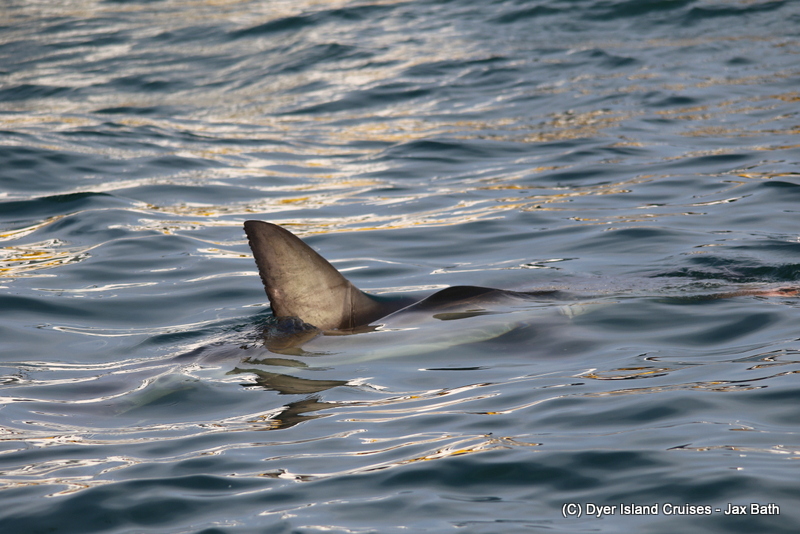 Whale Season 2019 could not have started on a higher note, with 4 different cetacean species on our tour today. We started off the trip moving through shallow water, hoping to catch up with an Indian Ocean Humpback Dolphin or two. What we saw surpassed our expectations, with around 6 dolphins surfacing! This pod also included two young calves, although further inspection of the images revealed that either were our newborn from two days back. These dolphins were on a mission doing some fishing, so we stayed a while to watch them heard their prey.

Our next stop was over at Slashfin, where we had a juvenile Great White Shark strutting it’s stuff. This shark came up a few times for us, showing off a bit of its head and dorsal fin. Its always awesome to get to see these incredible predators around our boats, so we left the area feeling pretty chuffed.

A Little African Penguin was our next spot of the day, with this little torpedo in tuxedo bobbing about in the waters of Pearly beach. We had made our way into the area to see if there were any whales to be found and after stopping to spend some time with Africa’s only endemic penguin, we decided to make our way towards Dyer Island.

To our absolute delight, we spotted a blow along the way. On first impressions, we thought it was a Humpback Whale, so we were all a bit surprised when a Brydes Whale surfaced next to the boat. Our surprise soon turned to excitement when we realized that we had found a Brydes Whale travelling along with two Humpback Whales, so we spent the next while travelling along with these three baleen beauties. We got to see a bit of tail from our Humpback Whales and after watching them take a deeper dive, we set out for our seal colony.

Cruising up and down Shark Alley, we took in the sights and sounds of 60 000 Cape Fur Seals before stopping in Sponge Bay, where we spotted some more African Penguins as well as some Cape Nautre staff who seemed to be deploying some of our next nests. Once we had gotten a good look at the island, we decided to head home, although our tour was not over just yet.

On the way back to the harbour, we spotted a pod of Common Dolphins! We could not have asked for a better way to end the tour, with a second dolphin sighting and an awesome one at that. The dolphins came up to our boat to play, so we moved with these curious creatures as other members of the pod leaped and surfed away. What an amazing day out at sea! 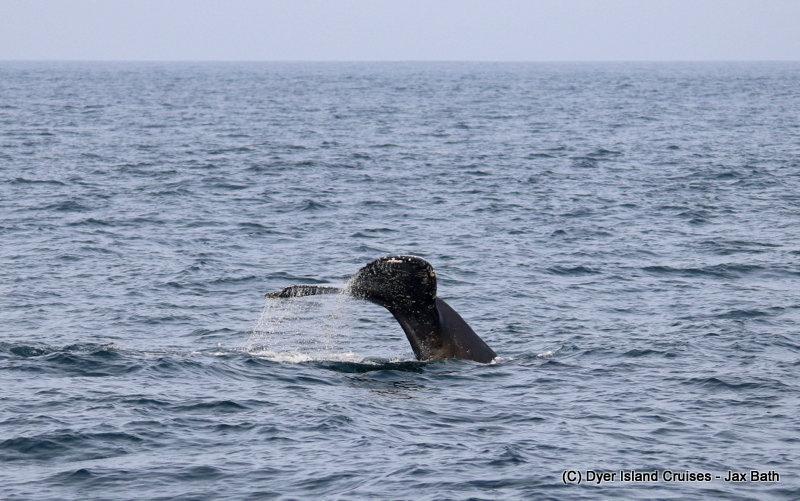 Lets start the gallery off with a whale tail. 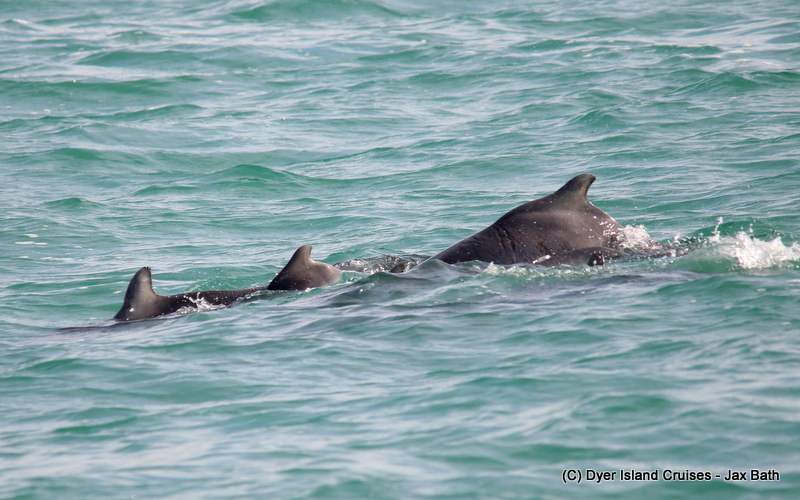 There were at least 6 Indian Ocean Humpback Dolphins in the bay today, including Fingers, Claw and two young calves. 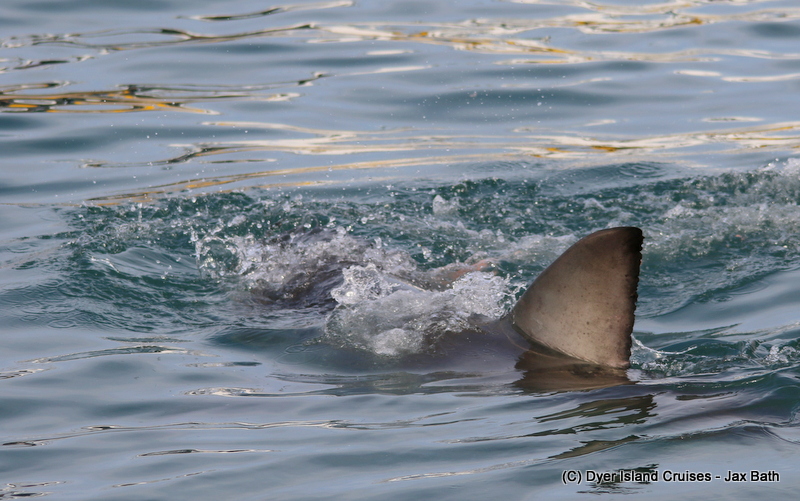 We were treated to the sight of a super active Great White Shark at Slashfin. 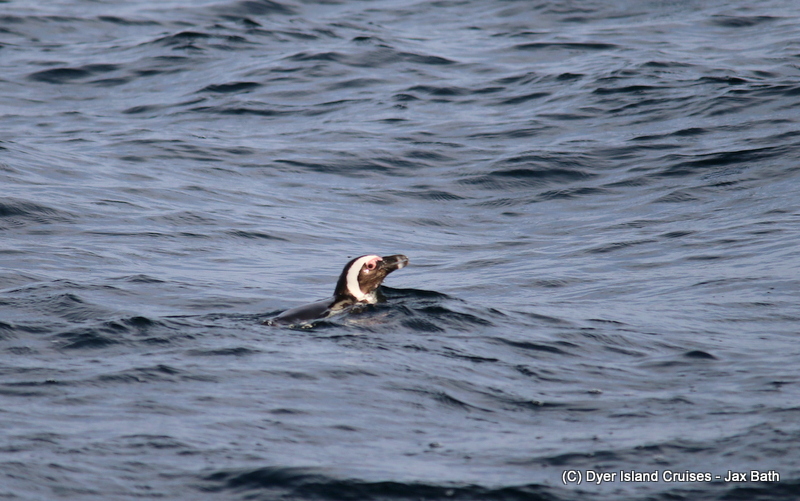 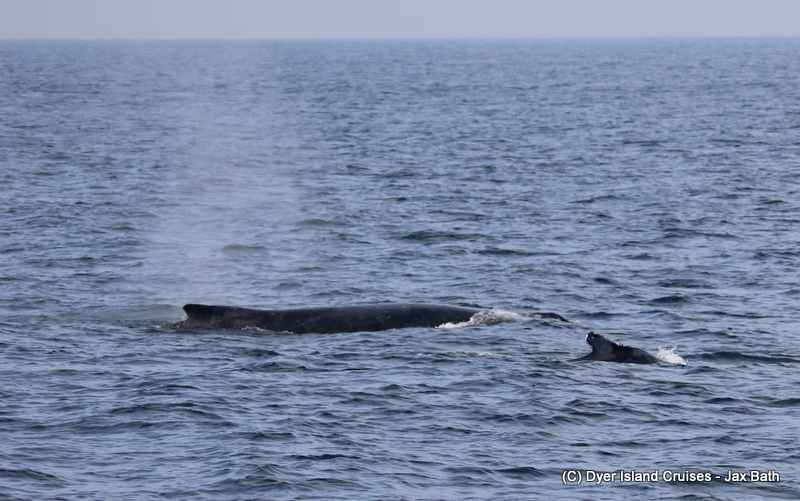 We found 2 Humpback Whales travelling in the deep with a Brydes Whale, which is a pretty unusual sight. 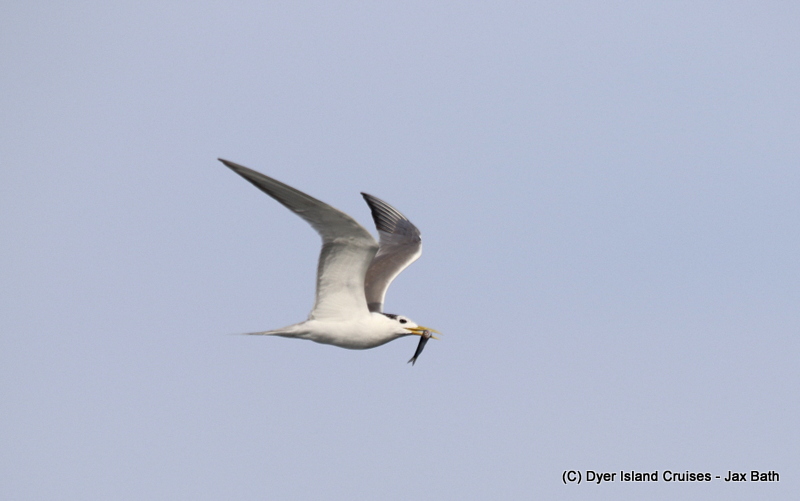 Whilst waiting for the whales, we spotted this Swift Tern bringing home some food. 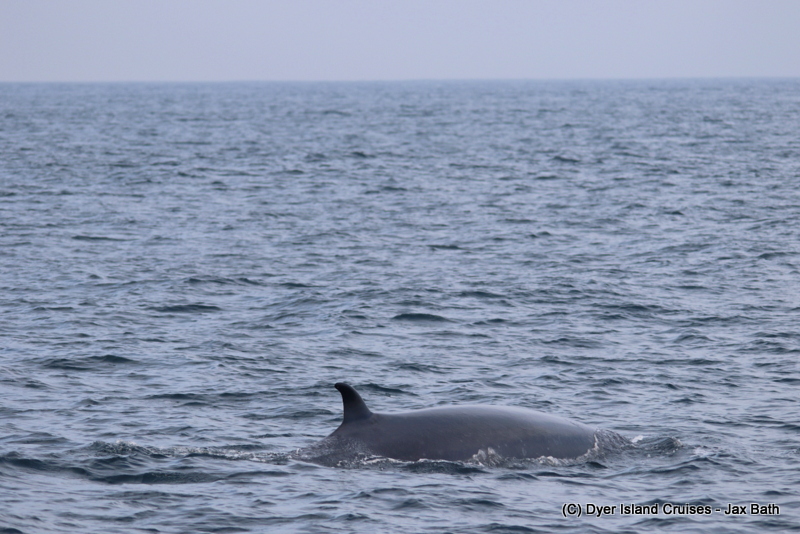 The Brydes Whale we found travelling with the Humpback Whales. Unfortunately, there are no images of the two species in the same frame. 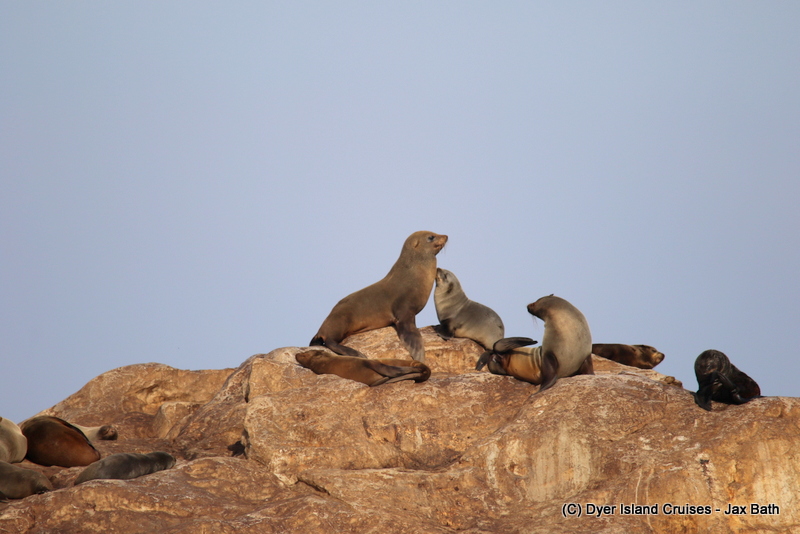 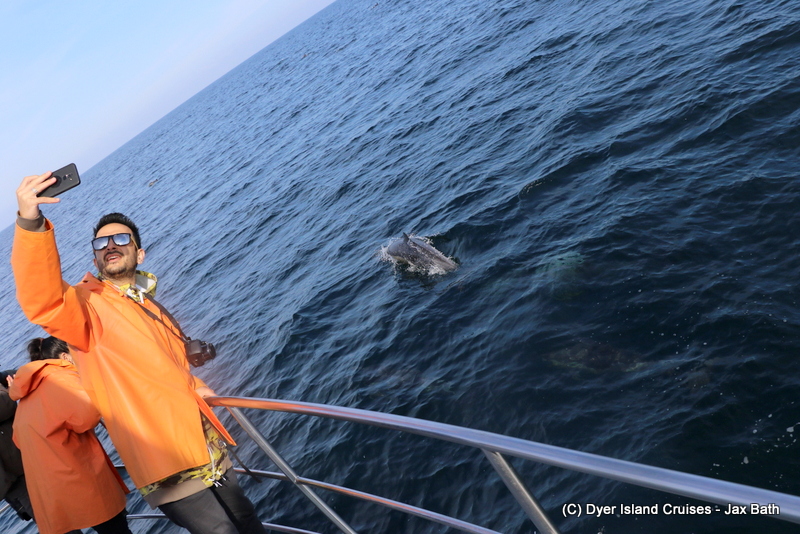 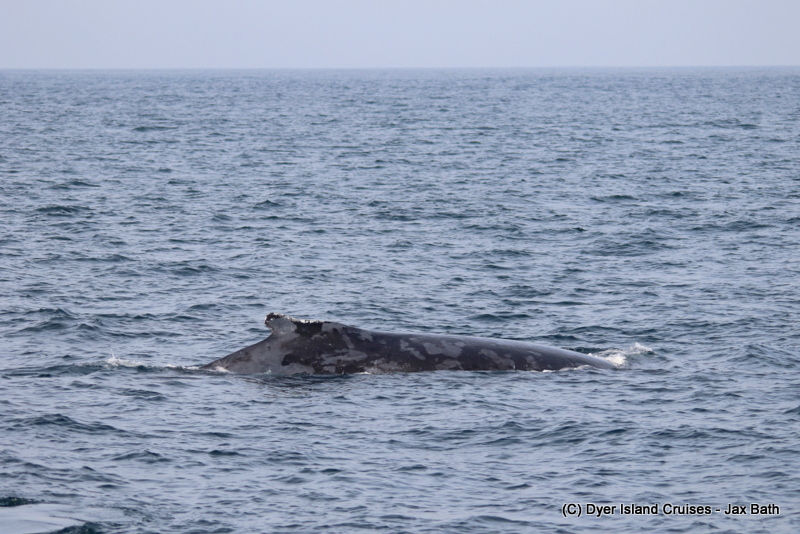 A look at one of the Humpback Whales. These animals were just slowly travelling along. 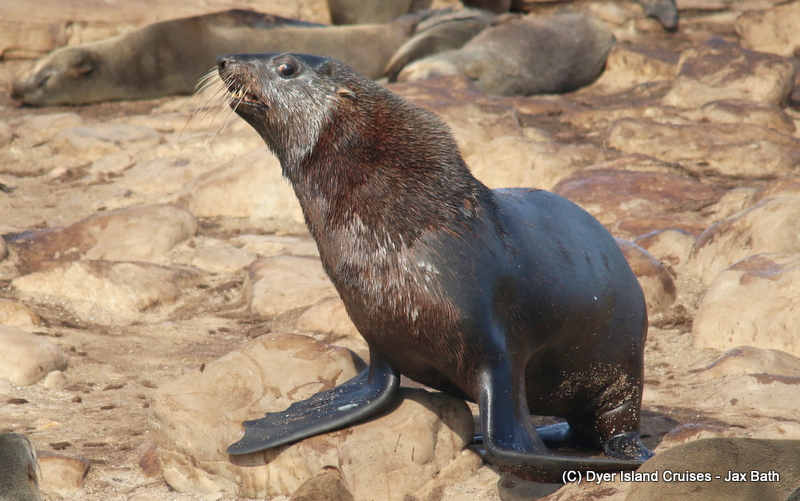 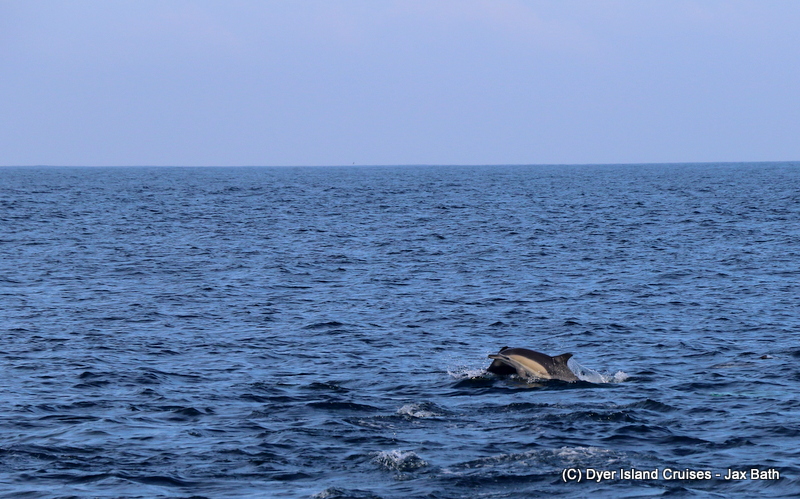 A young Common Dolphin travelling along with mom. 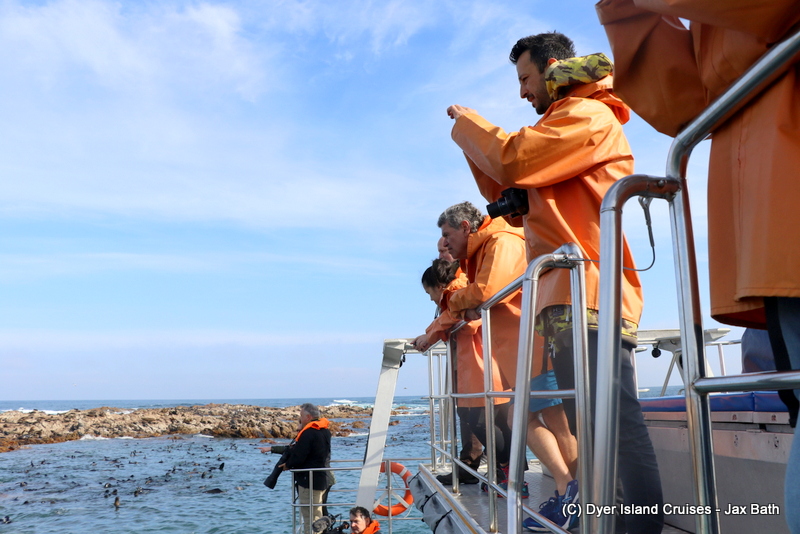 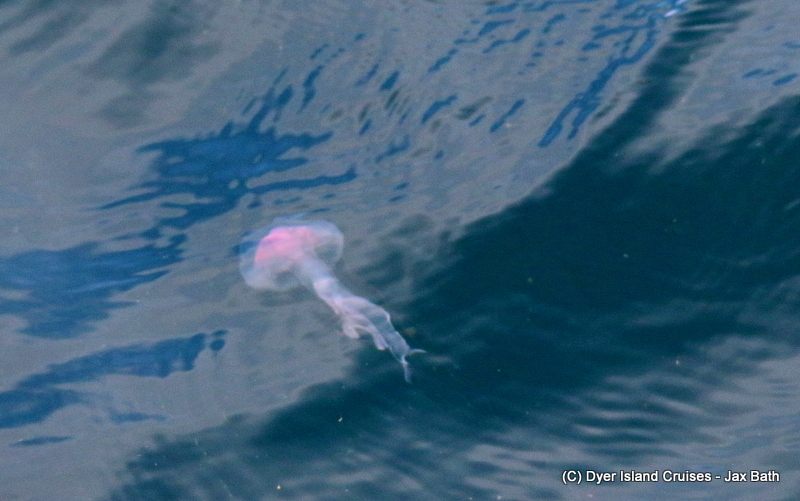 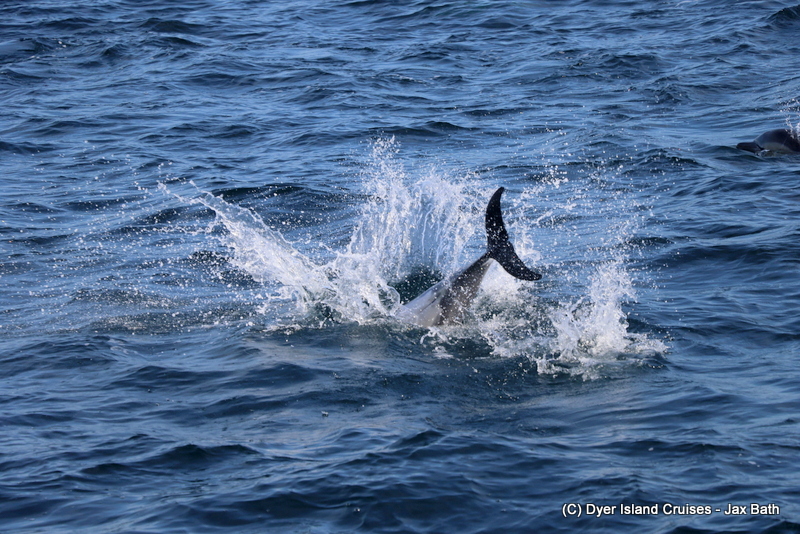 A Common Dolphin having some fun. 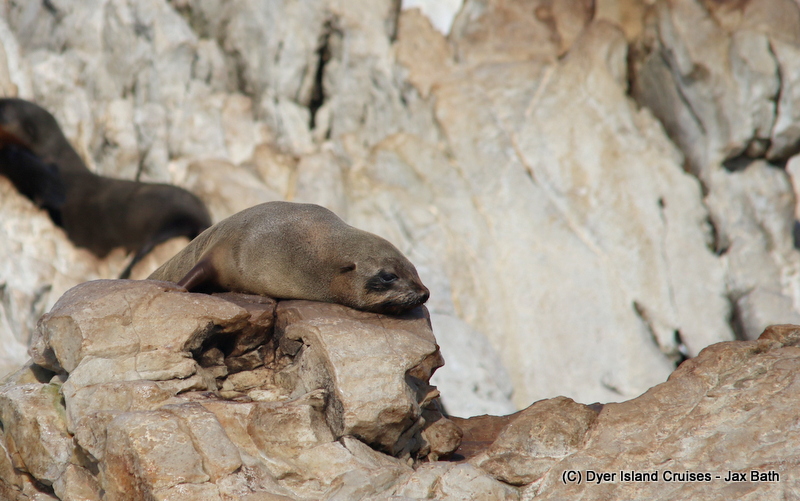 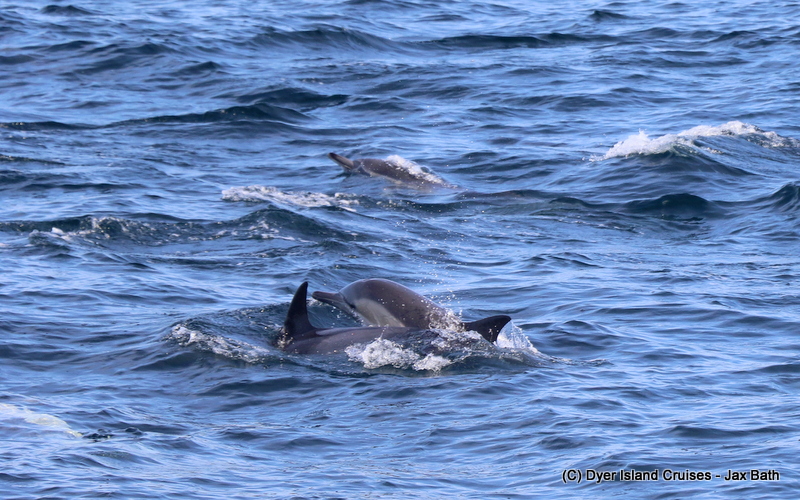 We had over 100 Dolphins in this pod.

The iconic dorsal fin of The Great White Shark. 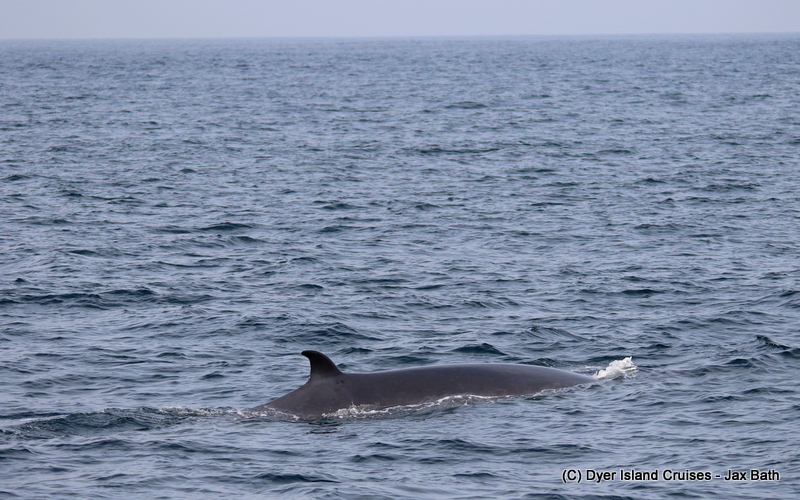 Brydes Whales travel alone for the most part, but seemed to be moving along with the Humpback Whales. 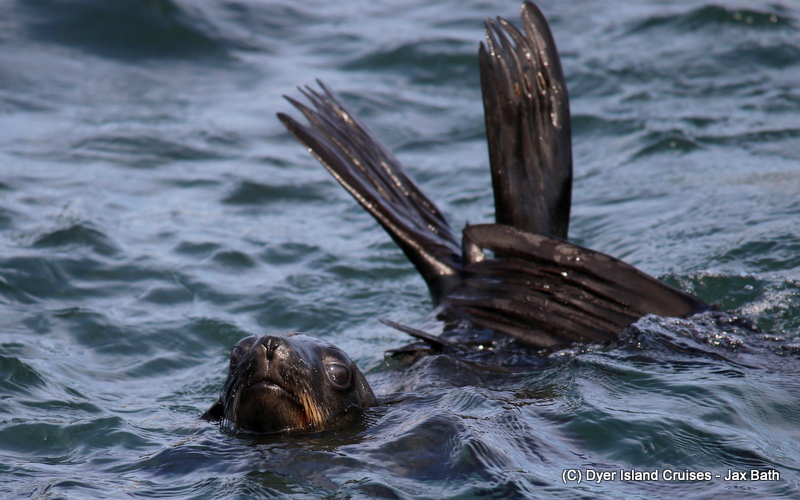 A baby seal with his flippers up. 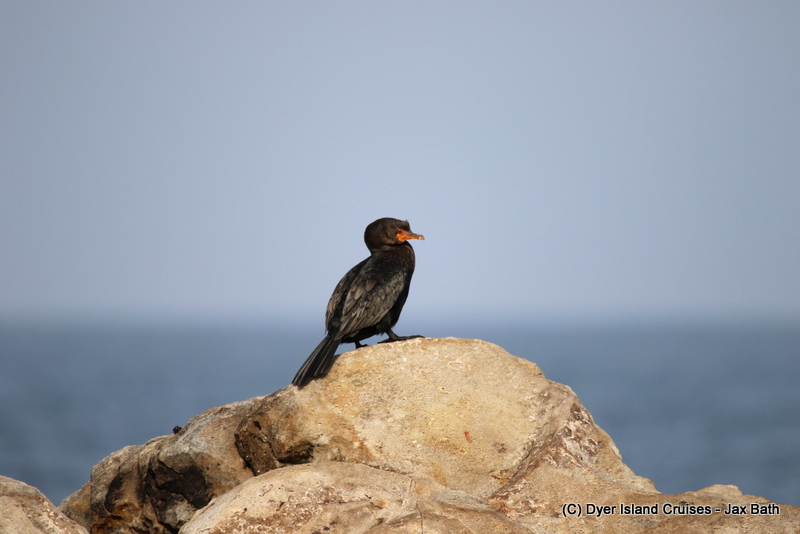 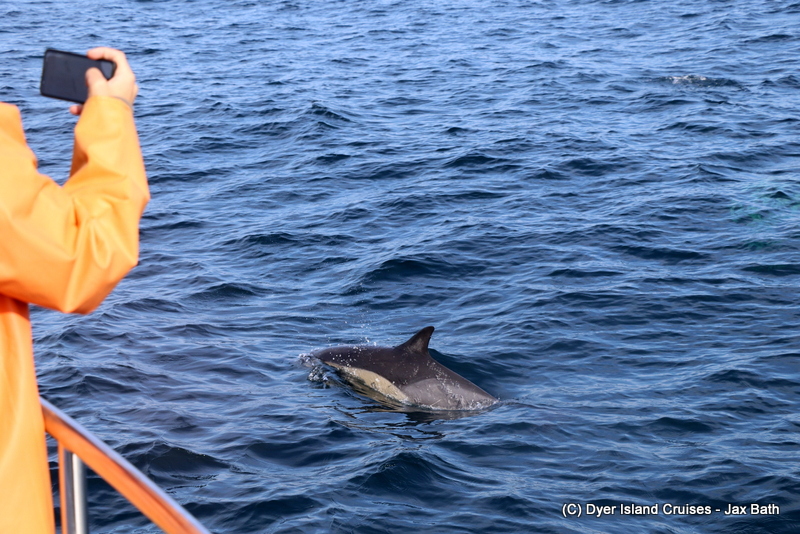 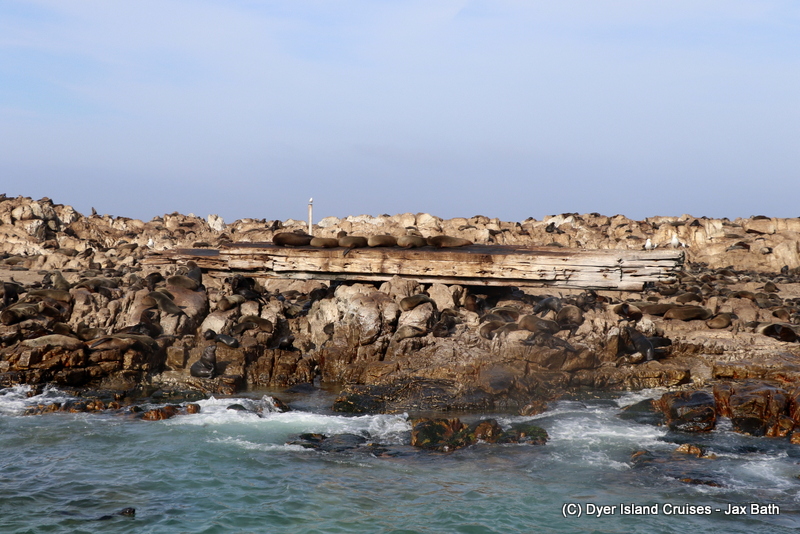 The keel of the Prince Port, which wrecked in 1885. 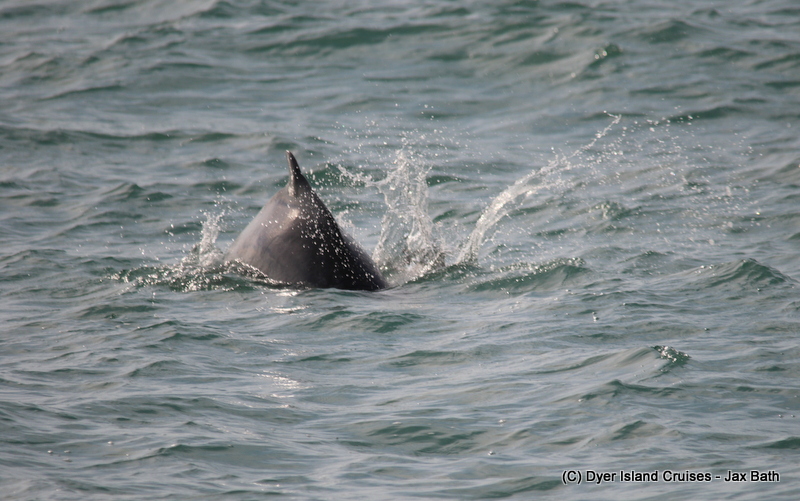