Encounters with a variety of ocean wildlife

Today we had a variety of different types of marine encounters. Each of our three tours throughout the day were quite different. Today’s whale sightings started off with a visit to the area of Pearly Beach. We had several right whales around, spread out across a fairly large area. It took a bit of patience and trying with different individuals, but in the end there was one southern right whale that we managed to see quite well. For the rest of the day we had humpback whale around to see. They were not always easy to watch, but on the second tour our guests were treated to see one humpback whale throwing its tail into the air. As for other species, the wind today made for some fantastic albatross sightings on all our trips, as these gliding specialists use the wind currents to soar over the waves. We also encountered our endangered African penguins and Cape fur seals throughout the day. On two of our tours we managed to see sharks (a great white shark on the second tour and a bronze whaler shark on the third) and finally on the third trip we picked up some floating kelp which was harbouring some small crabs that the children on board enjoyed releasing back into the ocean. 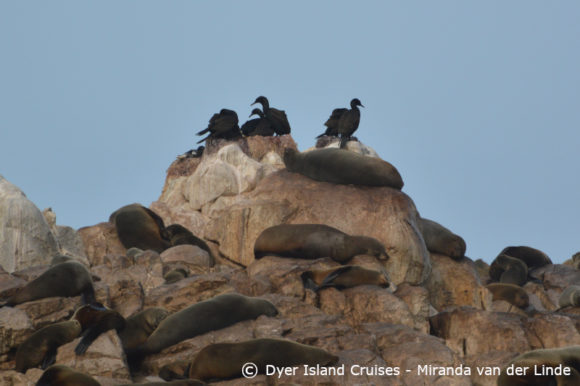 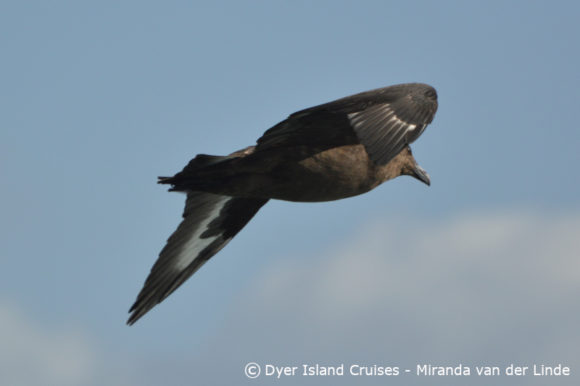 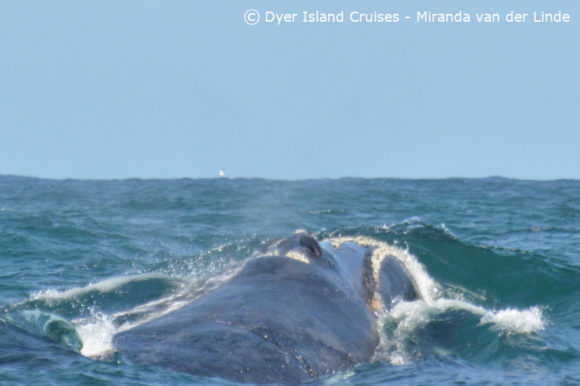 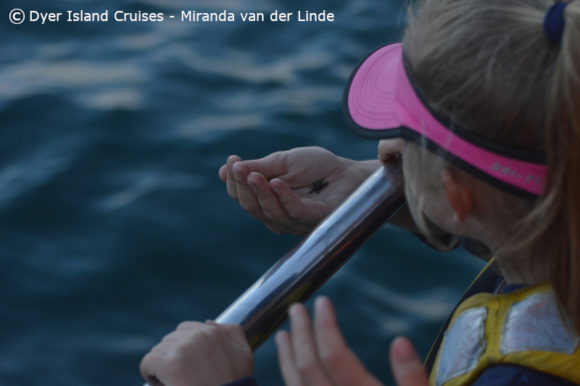 Putting the crabs back in the ocean 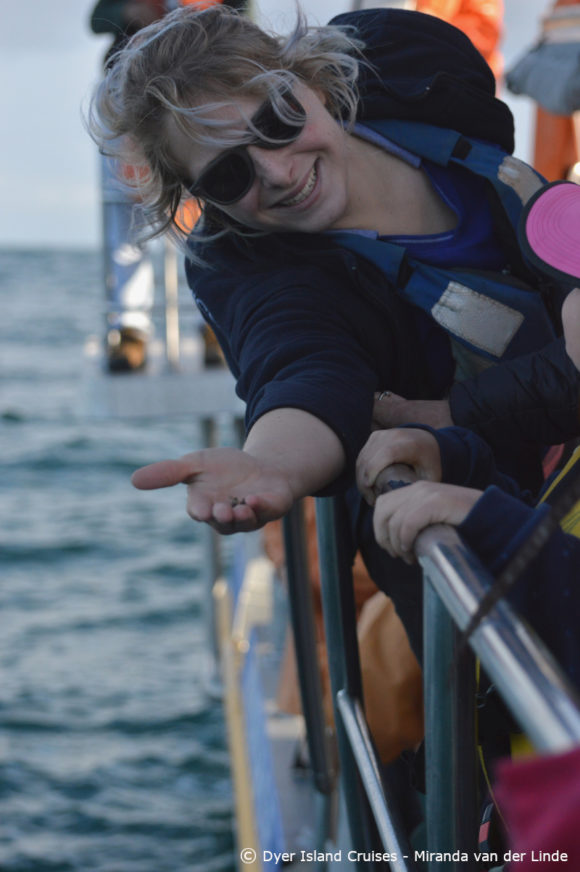 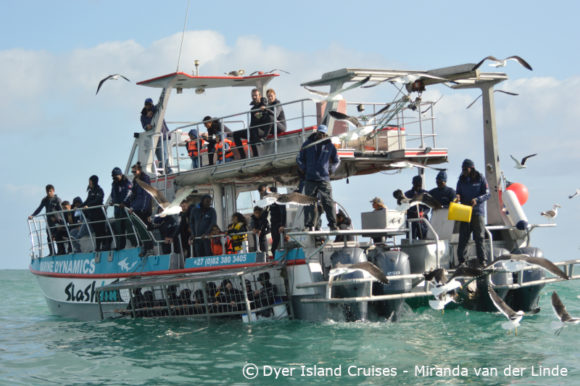 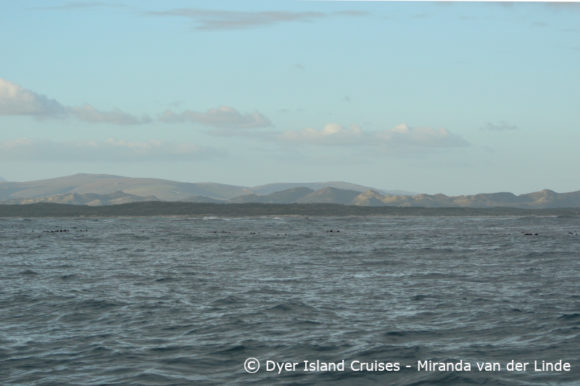 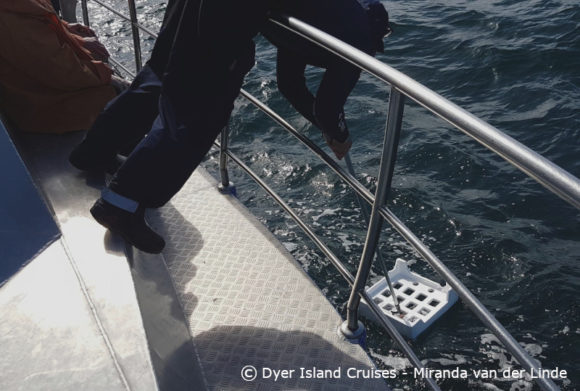 Collecting rubbish from the Ocean 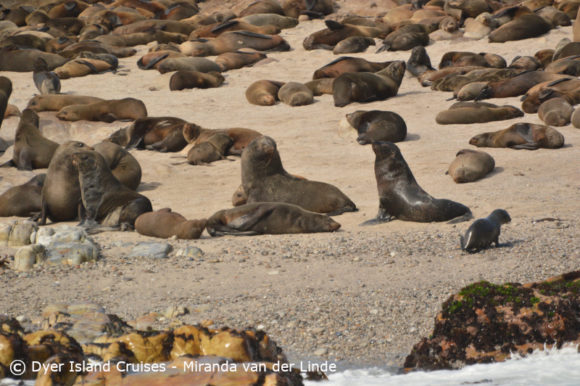 Cape fur seals on the beach of Geyser rock 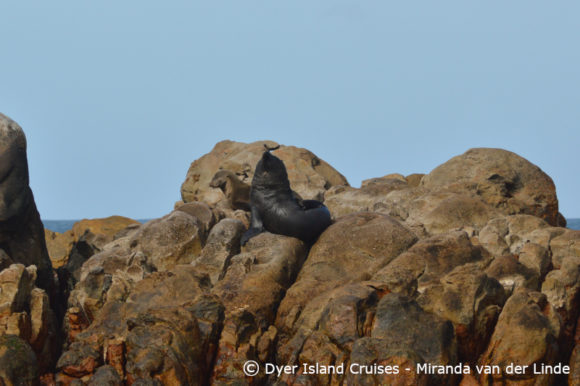 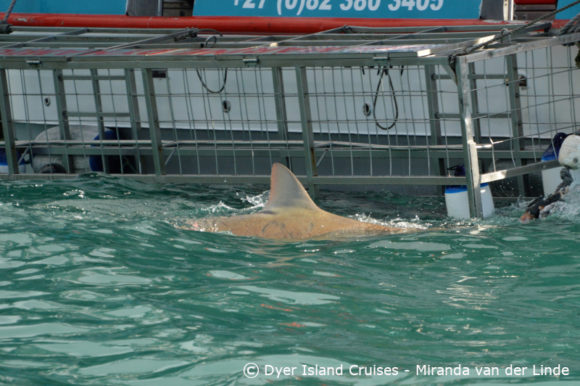