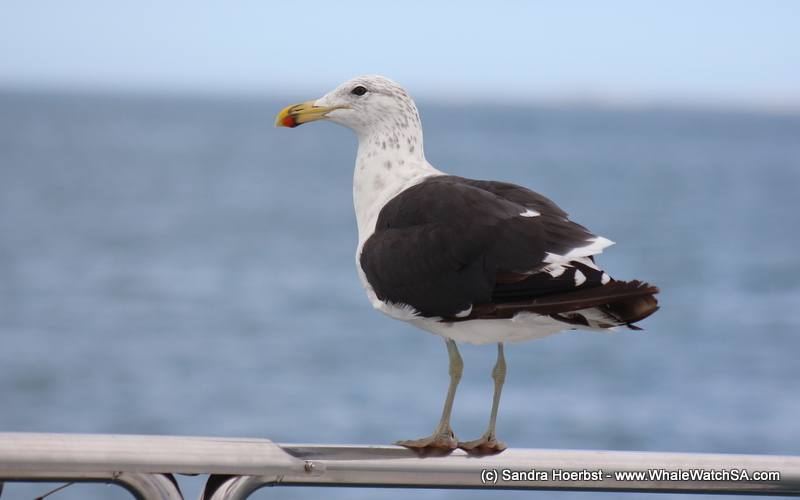 Although it has been a little overcast, we had some amazing wildlife activity. On the route along the coast towards the shark cage diving boats we have spotted a small pod of the endangered Indian Ocean humpback dolphin. The members of the group were well known to us since several years. We saw Captain Hook, Top Notch and Number 25 with her calf. The great sightings continued at the shark cage diving boats where we saw at least 3 different great white sharks and some bronze whale sharks in between. We were all impressed with the size of these animals one was almost as long as their cage. On the way to the island we had to slow down for thousands and thousand of Cape cormorants, a sighting we don’t see on a daily basis. On Dyer Island we spotted the African penguin, more cormorants and some swift tern. The Cape fur seals in Shark Alley were extra curious at us today popping their head out the water to get a closer look at us. 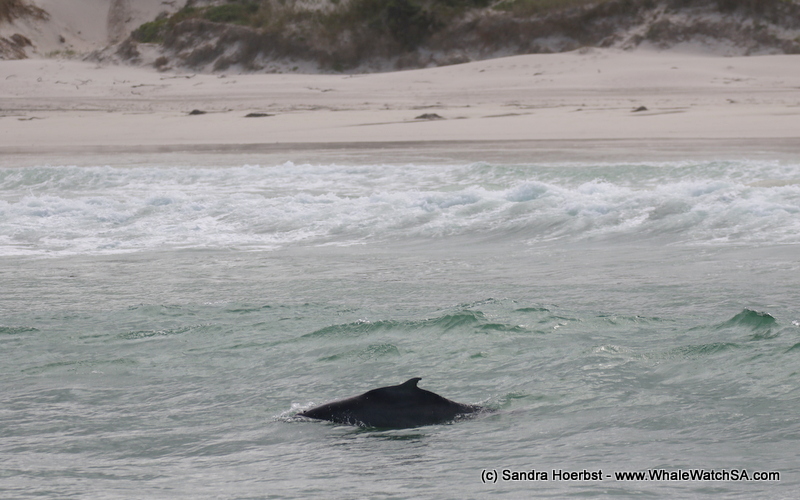 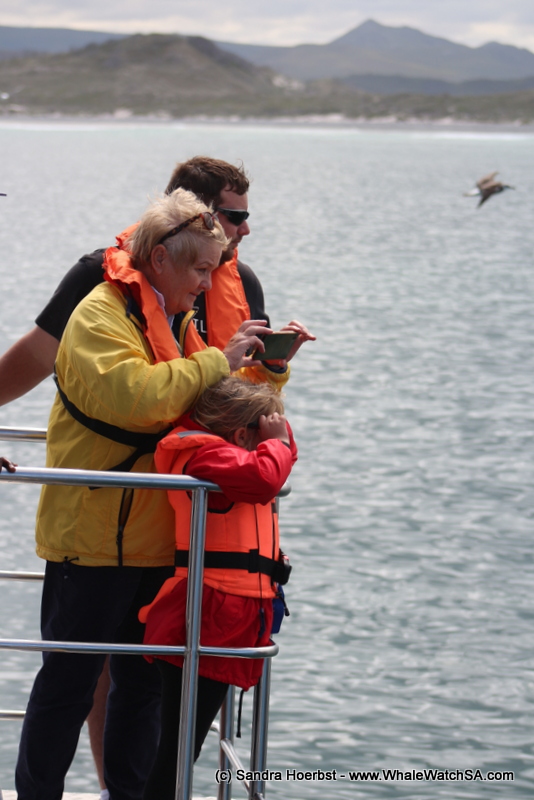 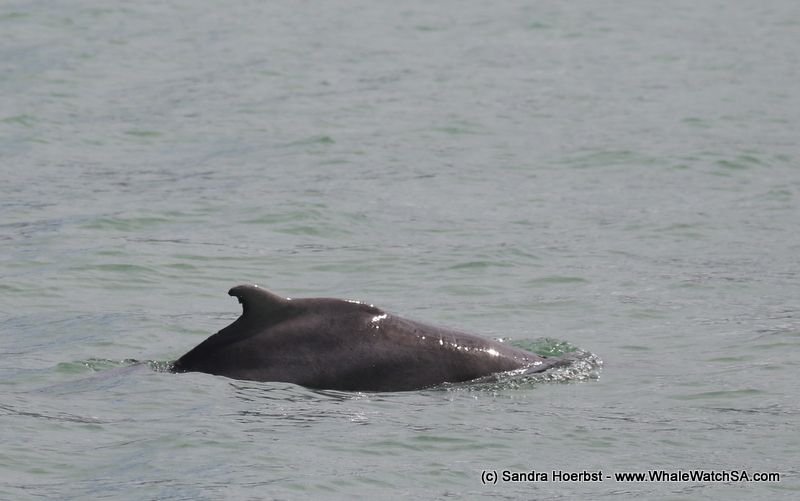 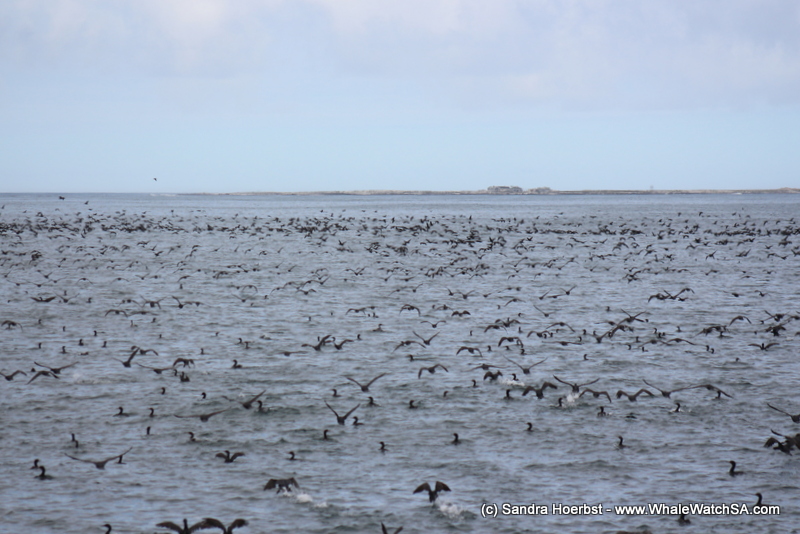 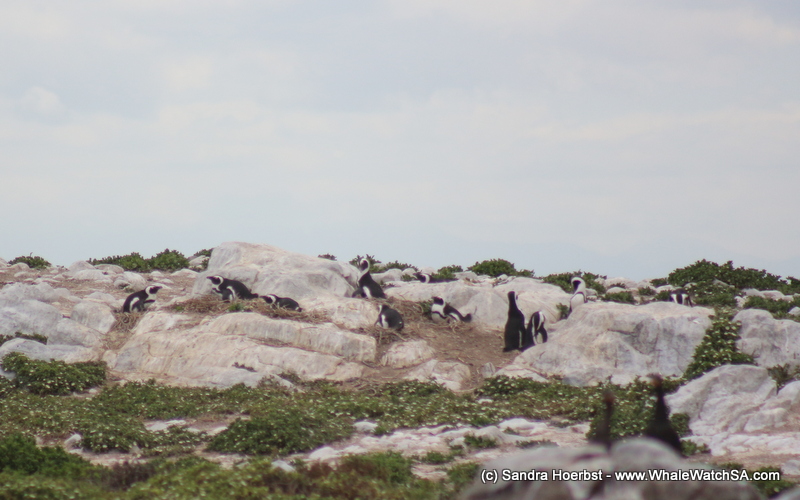 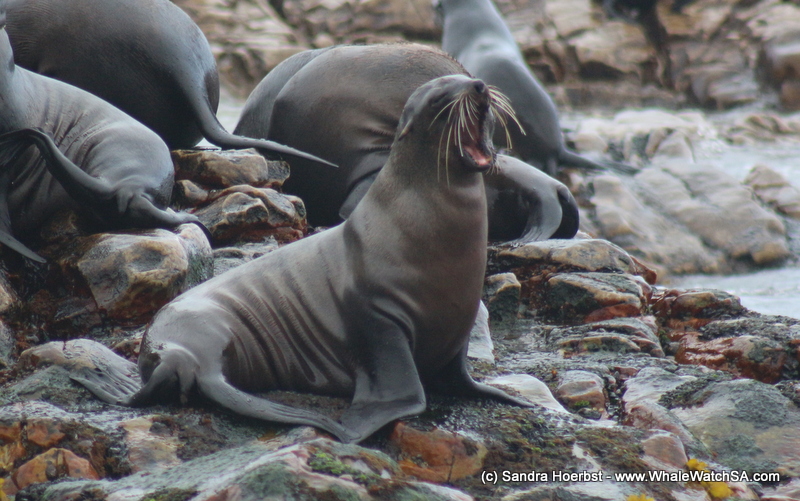 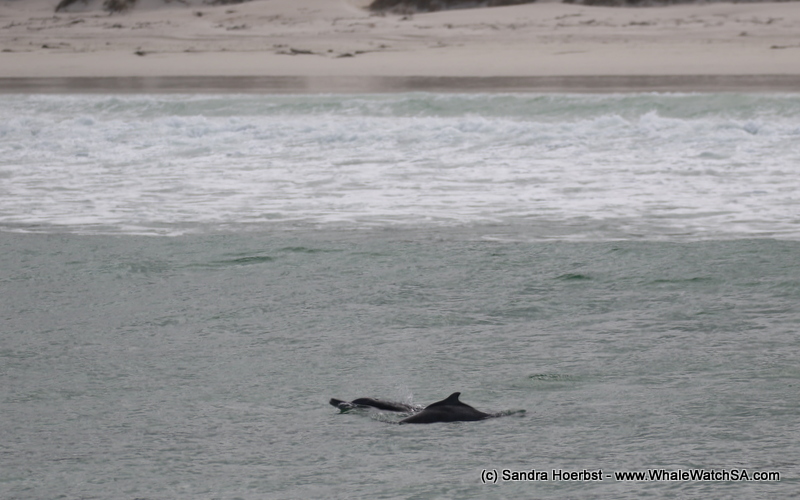 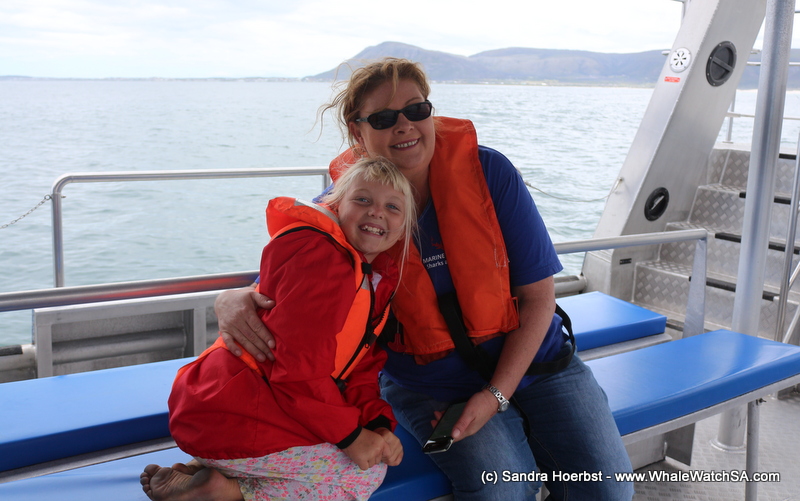 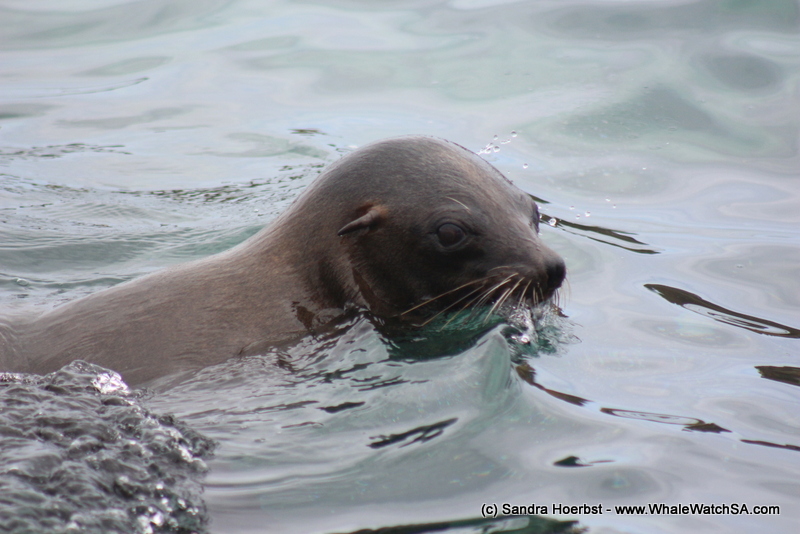 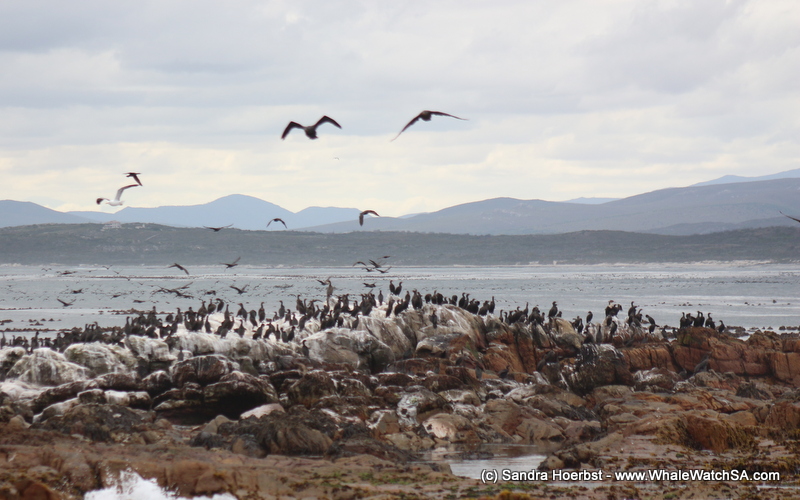 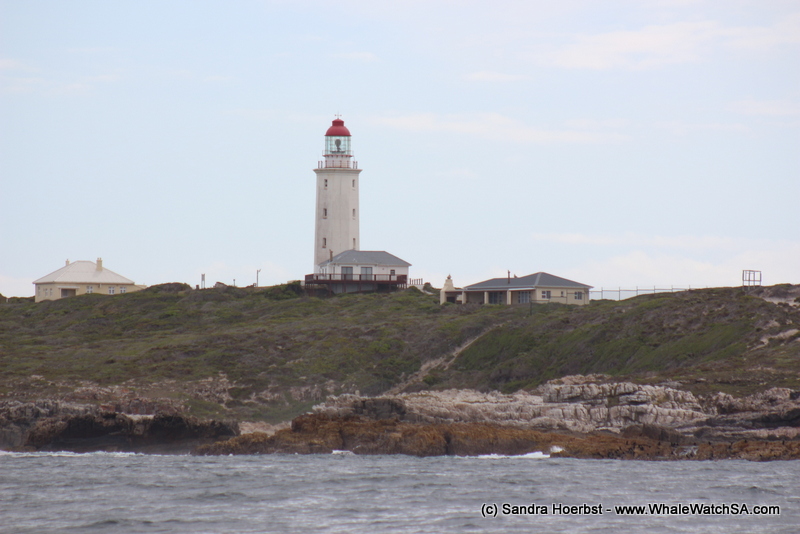 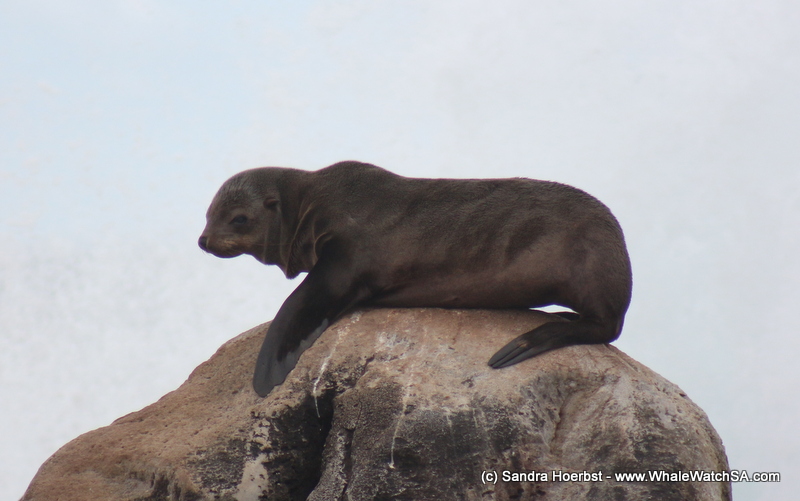