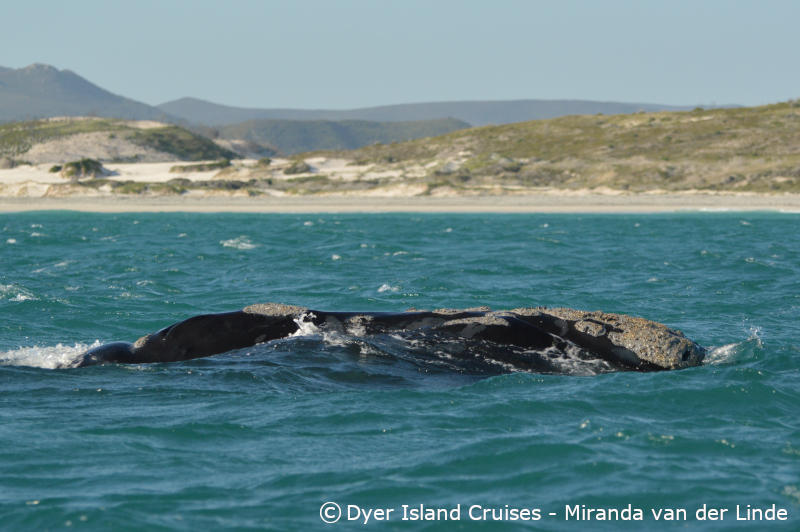 We have had another great day out on the ocean, with many fantastic Marine Big 5 moments. On all our tours we encountered an interesting juvenile whale with a large white patch on it’s back. This kind of marking is called a blaze. Only 4.8% of Southern right whales have such a blaze on their back and these marks are permanent. This young whale was very active, rolling around and the surface, often going over the back of its mother, and waving its tail and pectoral fins in the air. There was also another mother and juvenile pair in the bay, so we also had some nice looks at these two. On one of our trips today we were lucky to also have some Indian Ocean humpback dolphins in the area of the whales. We spotted them inshore while we were whale watching, so we went over to watch them for a while. They were playing in the surf and we could even see some jumps from a calf that was in the group. On this trip we were also lucky to come across a Great white shark cruising through the bay. It was a female who we call Rosie, who is estimated to be about 4.5 m long! Another Great white shark was seen a bit later with our sister company’s shark cage diving boat Slashfin, and around their boat we also got to see some Bronze whaler sharks. The penguins on Dyer Island were not so easy to see today, but we did see some swimming around in the water. To finish all our trips we also visited our colony of about 60,000 Cape fur seals. 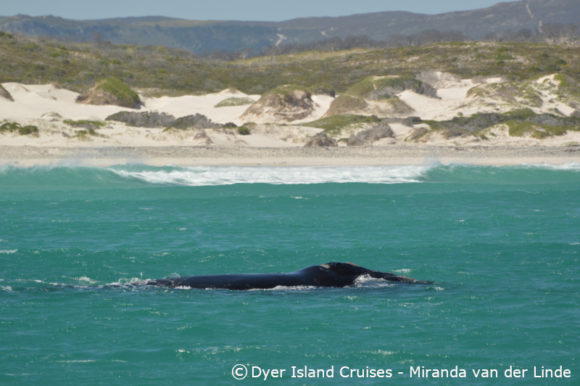 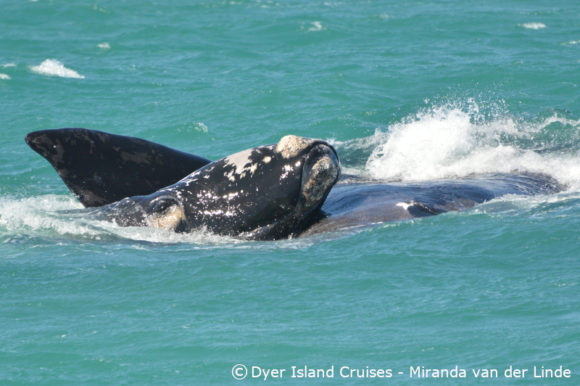 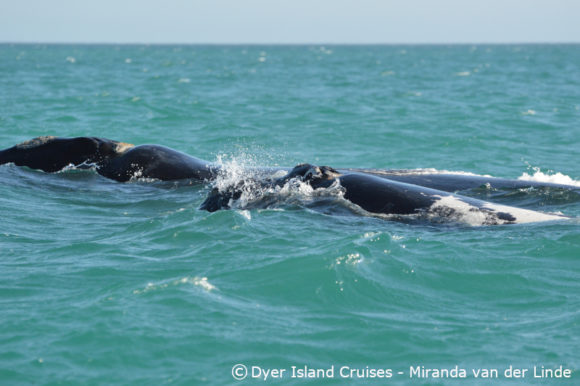 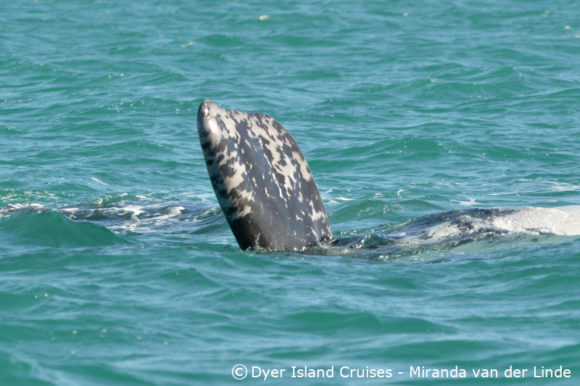 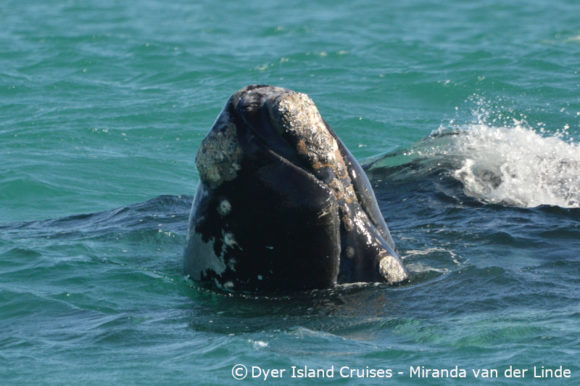 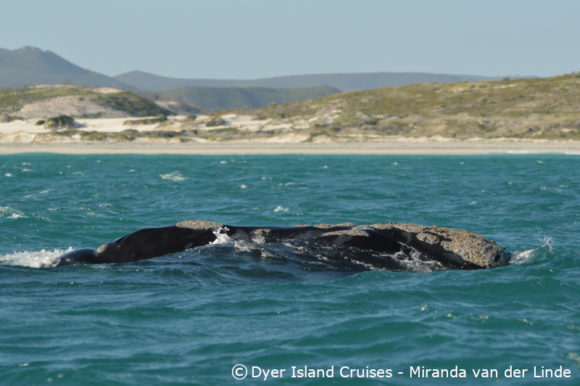 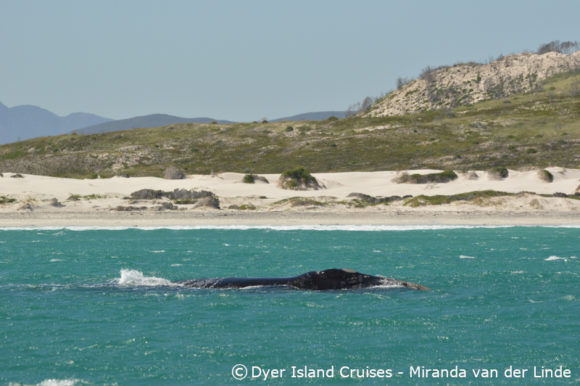 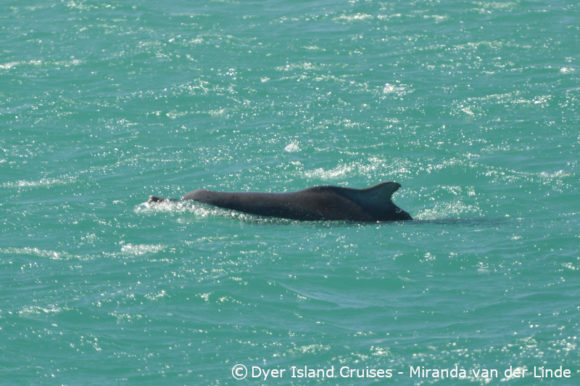 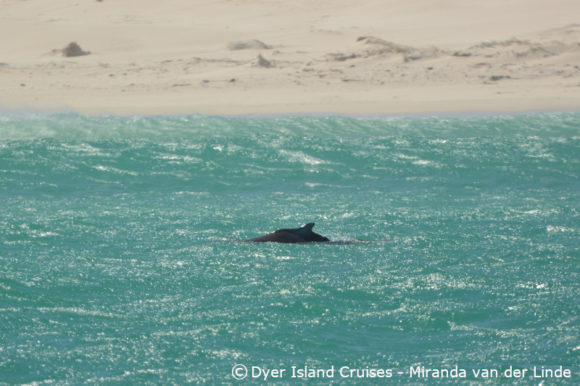 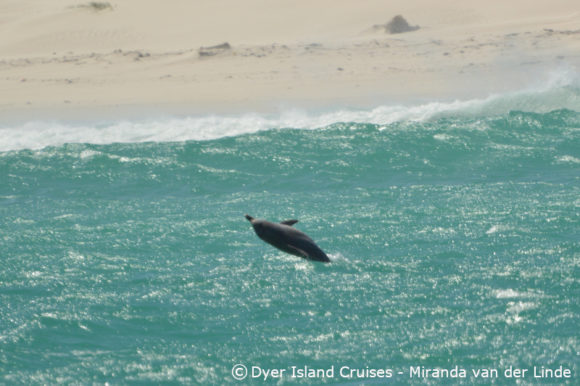 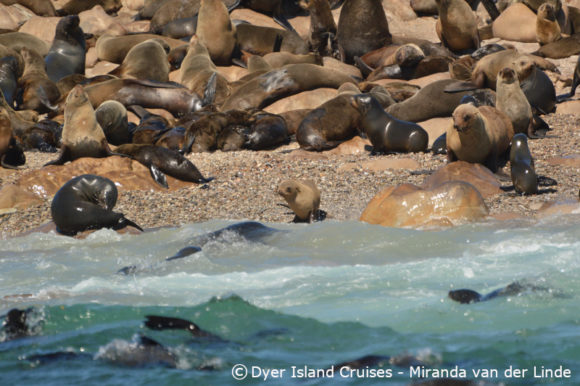 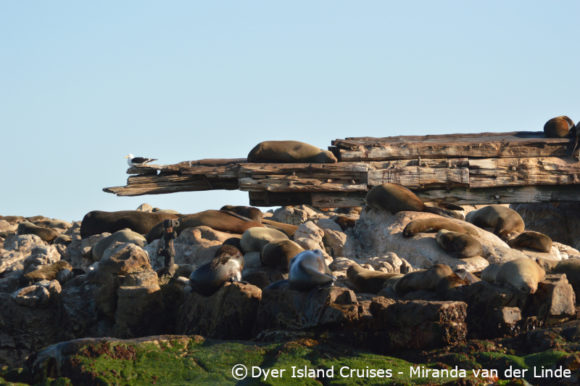