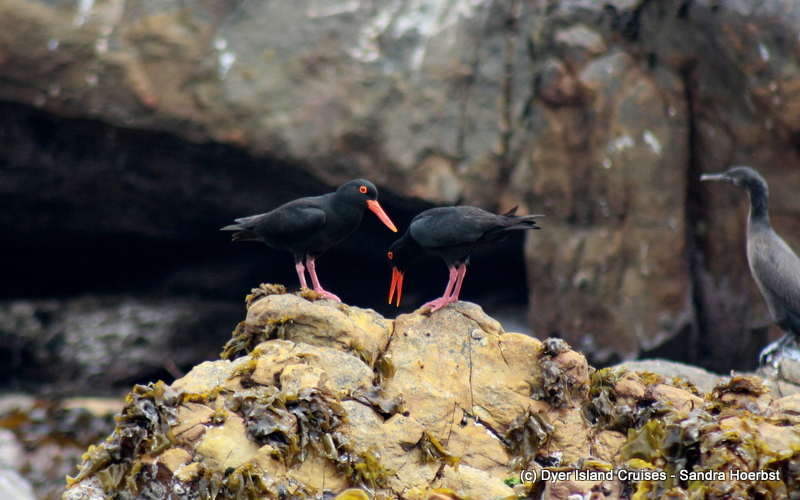 It has been another day with perfect conditions for a cruise on the ocean. Out in the bay we stopped at one of the shark cage diving boats to see some sharks, the Bronze whaler sharks we managed to see showed great surface behaviour. Our next sighting was in the Pearly Beach area, a small bait ball with thousands of Cape cormorants and a few kelp gulls in between, what a spectacular sighting. The cormorants kept coming up with little bait fish and you could observe them all around us.

Closer to the Dyer Island ecosystem we spotted a couple of Northern Giant petrel feeding on a dead seal and on the Island itself some African penguins, cormorants, terns and a pair of African black Oystercatcher. As usual we also made a stop just around the corner at the Cape Fur seal colony before heading to Danger Point and then Kleinbaai harbour. 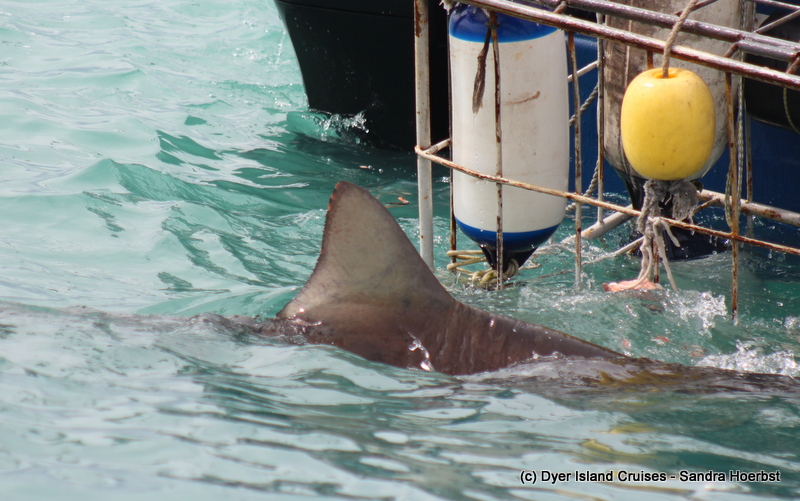 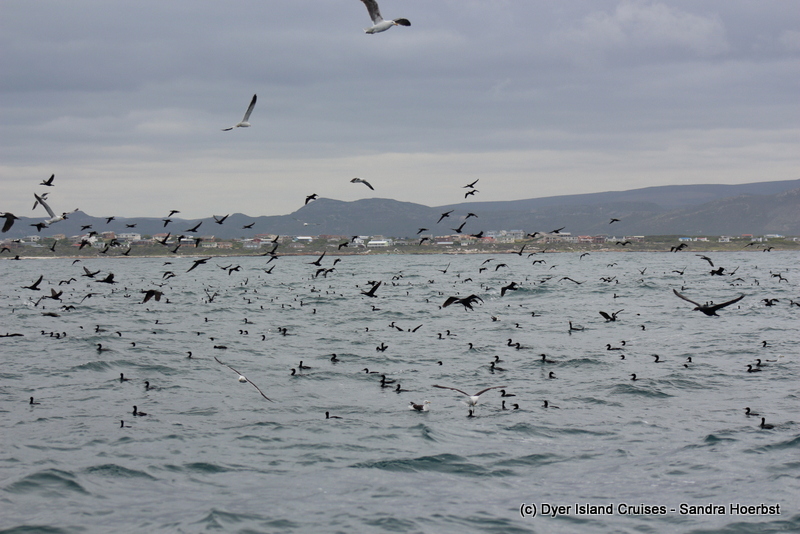 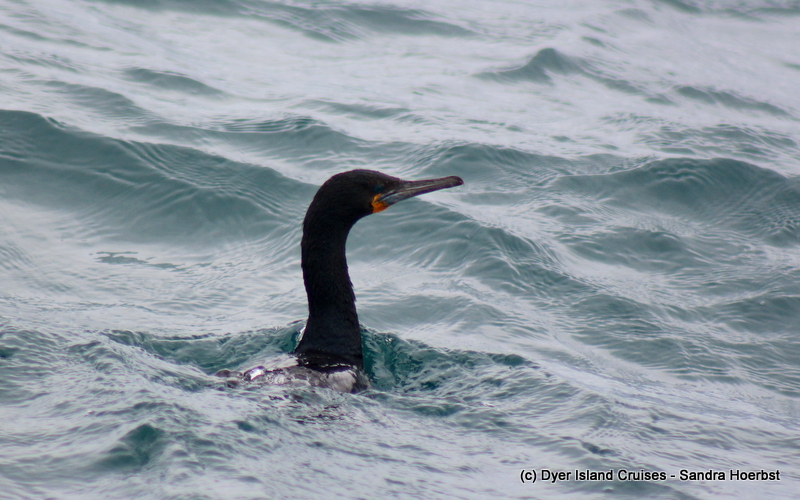 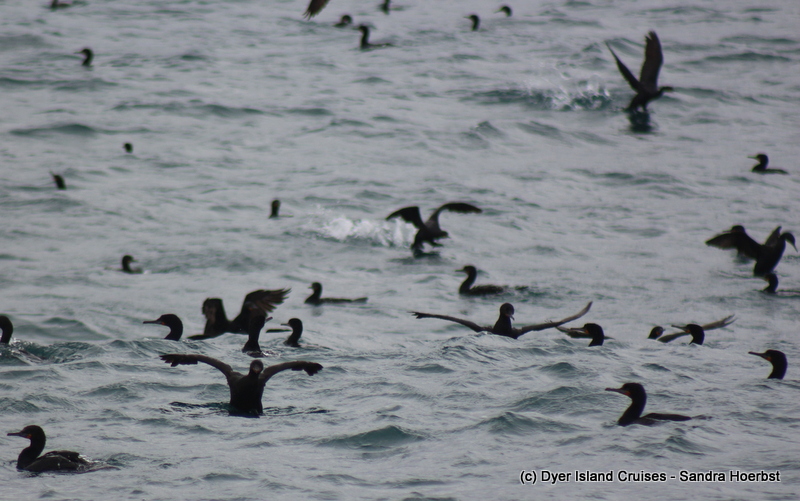 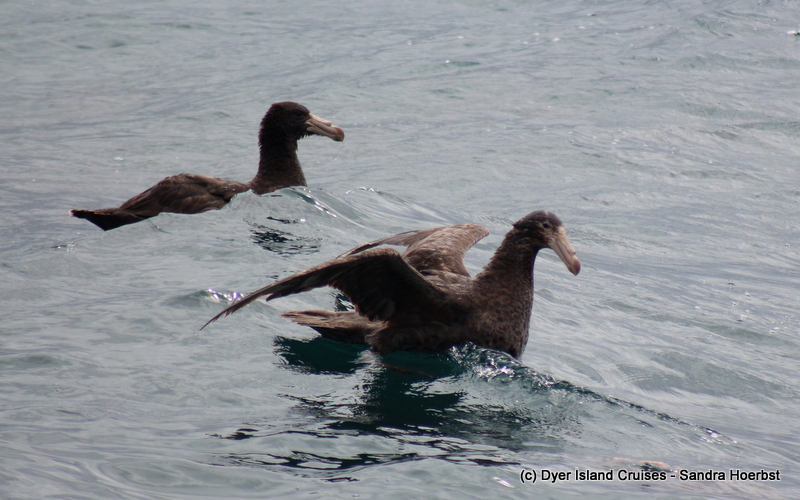 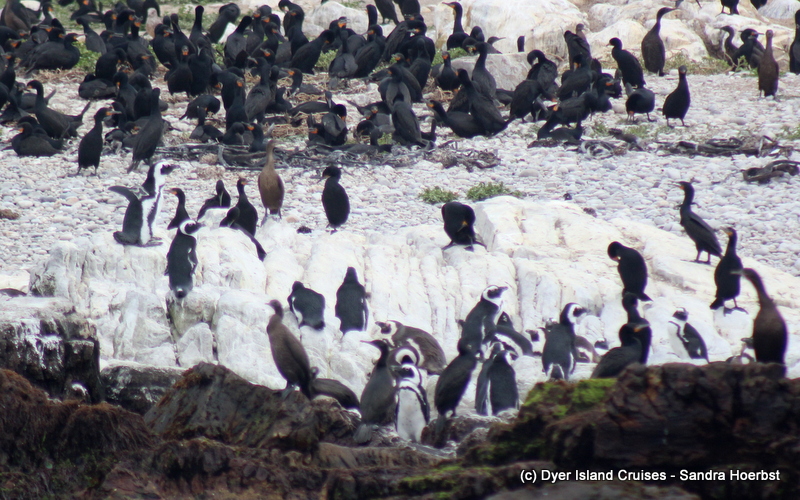 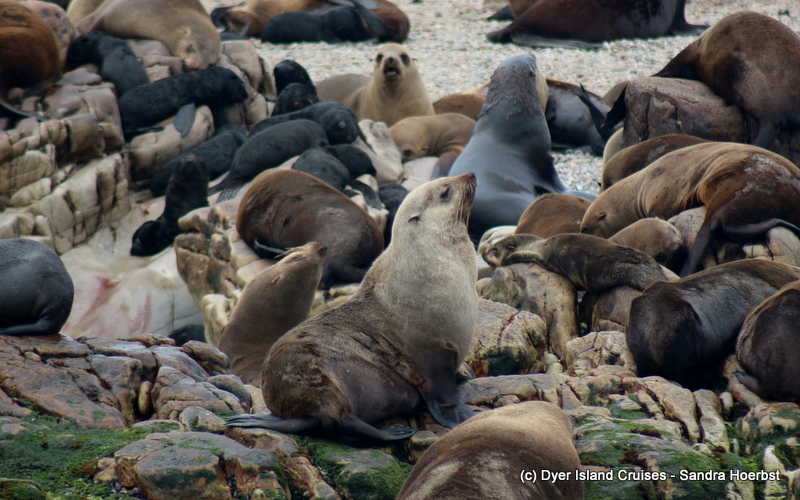 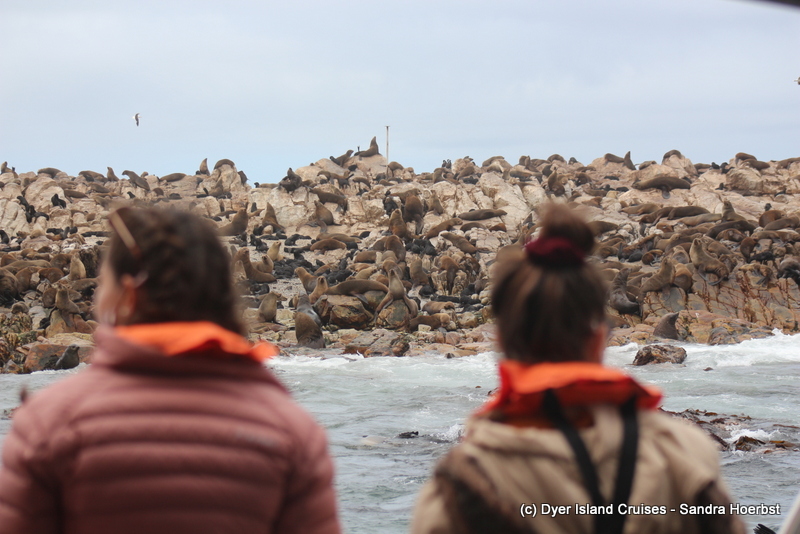 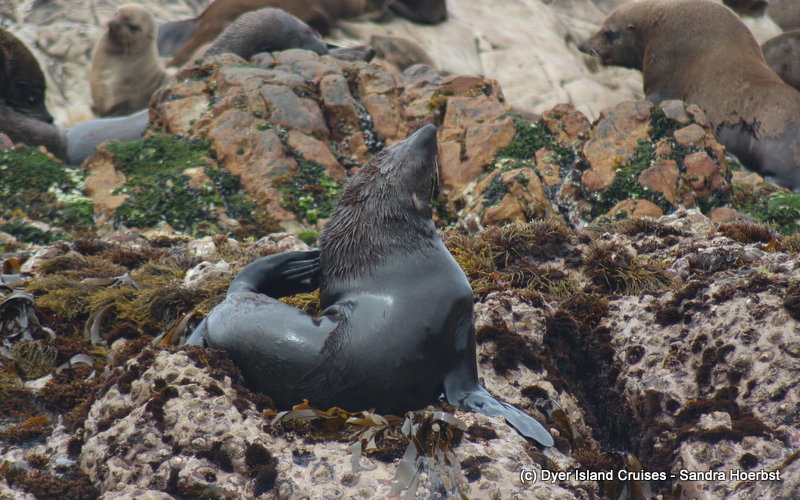 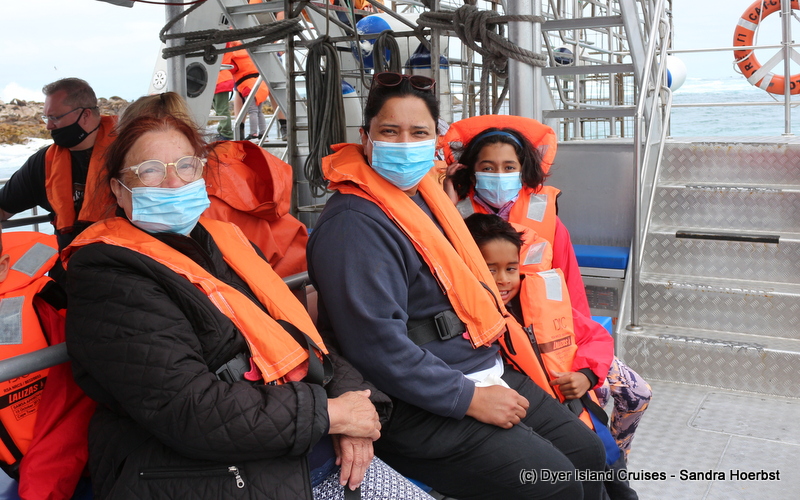 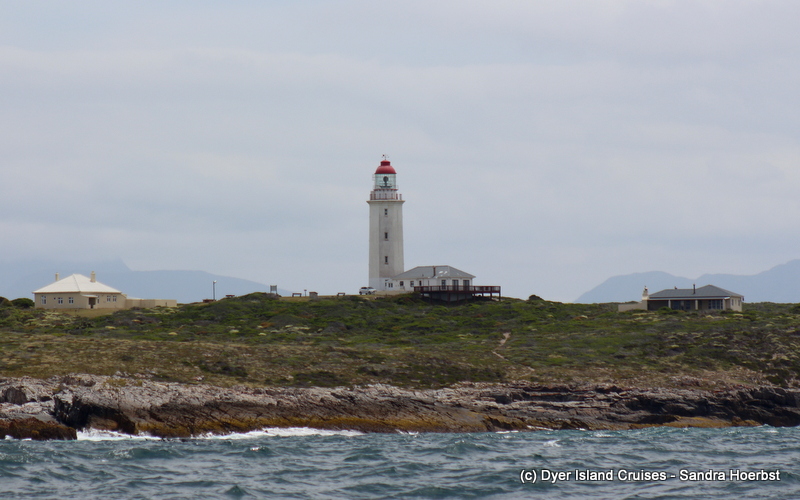