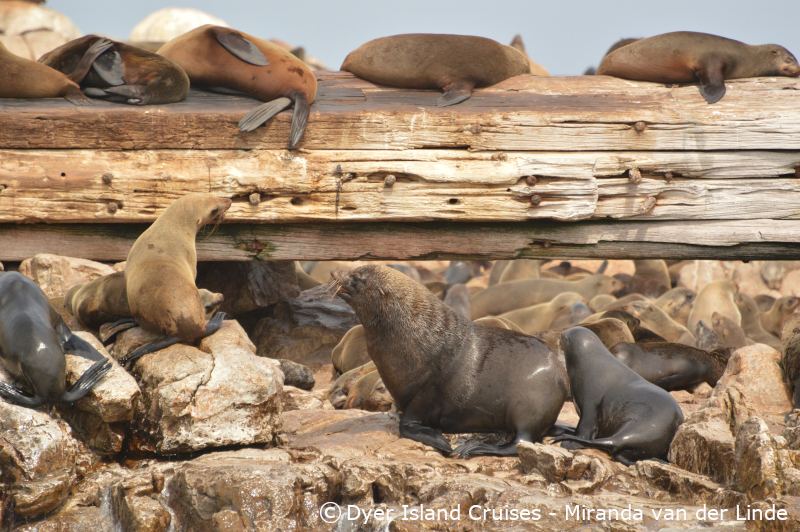 We encountered many different species in the Dyer Island ecosystem today. Our first tour of the day launched out of Gansbaai, and from there we went around Danger Point and started off our sightings with the endangered Indian Ocean humpback dolphins. It was a tight group of at least 5 individuals travelling together in the waves. Further along the coastline we encountered 2 Bronze whaler sharks with our sister company’s shark cage diving boat. The whales also weren’t far away and we had a nice encounter with and adult and juvenile Southern right whale travelling together. Our first trip ended with a visit to our Cape fur seal colony on Geyser rock, and some lucky people even got to spot two African penguins in the water close to Dyer Island. On the second tour our sightings were just as nice, starting with a sunfish shortly after we launched our boat. With the shark cage diving boat we encountered Bronze whaler sharks again, and this time we also had a view of a large Great white shark that was at least 4.5 m long. Again we had some nice moments with a mother and juvenile pair of Southern right whales, of the several whales that we could see were in the bay. This last trip of the day ended nicely with the Cape fur seals and a nice look at a juvenile African penguin in the water. 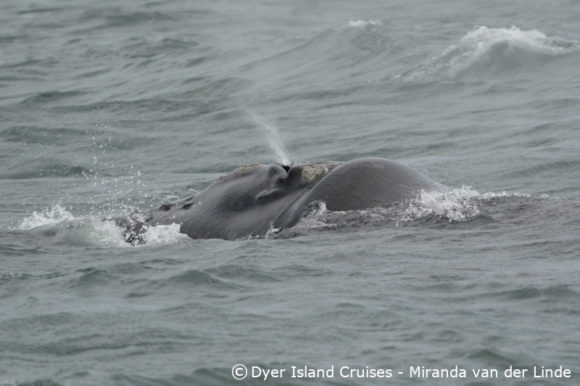 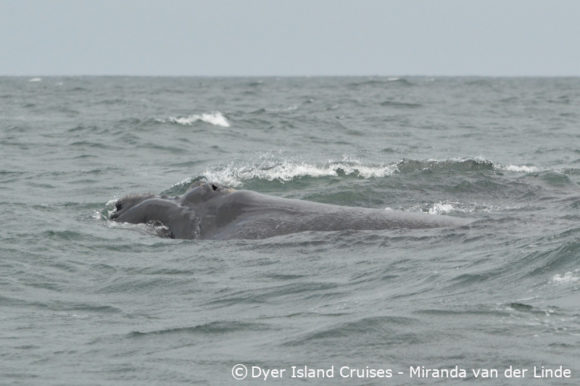 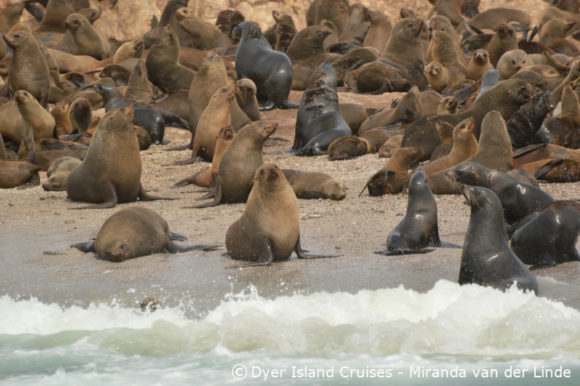 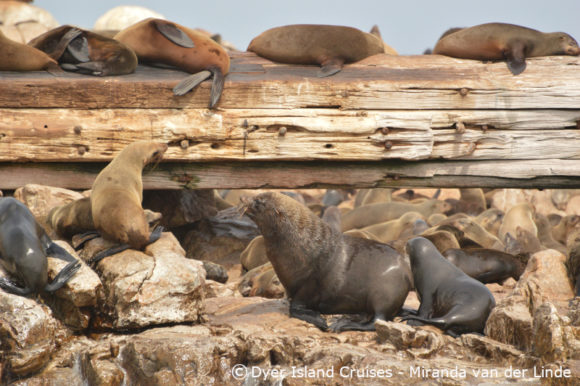 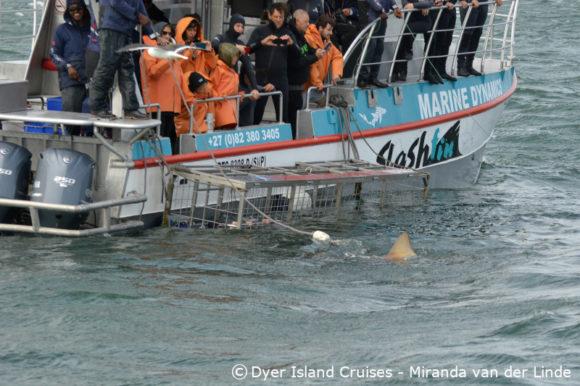