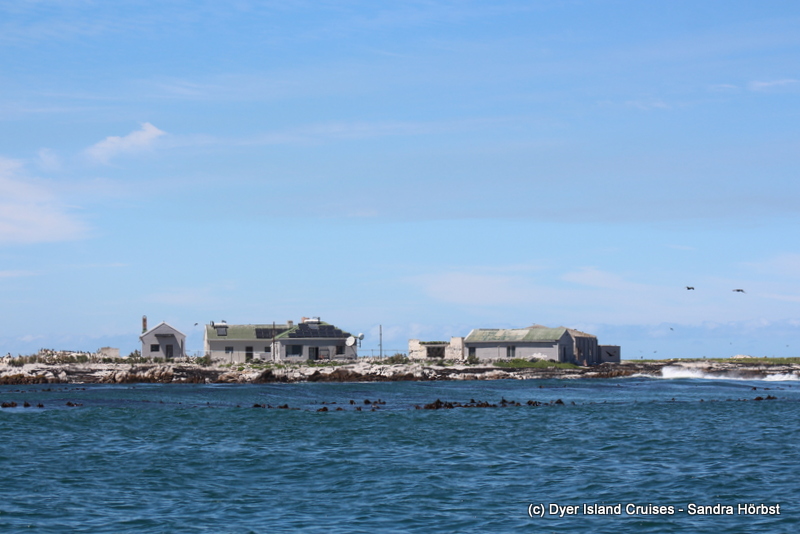 It has been another great day for whale watching with lots of sunshine and just a slight breeze from the south-east. Just as we moved on from Uilenkraalmond, our spotter Kira, saw a spout of Southern Right whales. As we carefully approached the cow-calf pair we saw a small group of the endangered Indian Ocean humpback dolphins close to shore and decided to have a look at the dolphins before approaching the whales further. The two Southern Right whales were clearly relaxed around our boat and came up frequently nearby. As we still had lots to discover we moved on to Dyer Island to see the endangered African penguin and Geyser Rock to watch Cape Fur seals. Lots of the seals were having a cool off in the waters of Shark Alley today and were very playful with each other. On the way back to Kleinbaai harbour we made turn through deeper waters behind the Dyer Island ecosystem and found a couple more penguins and Cape cormorant. 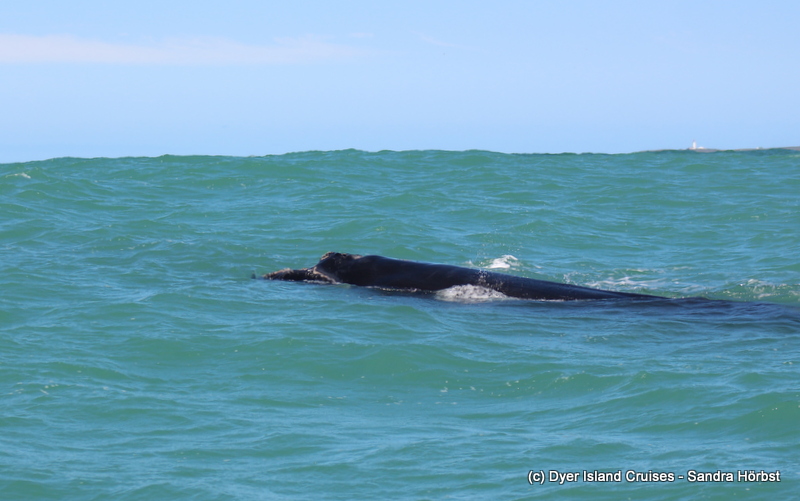 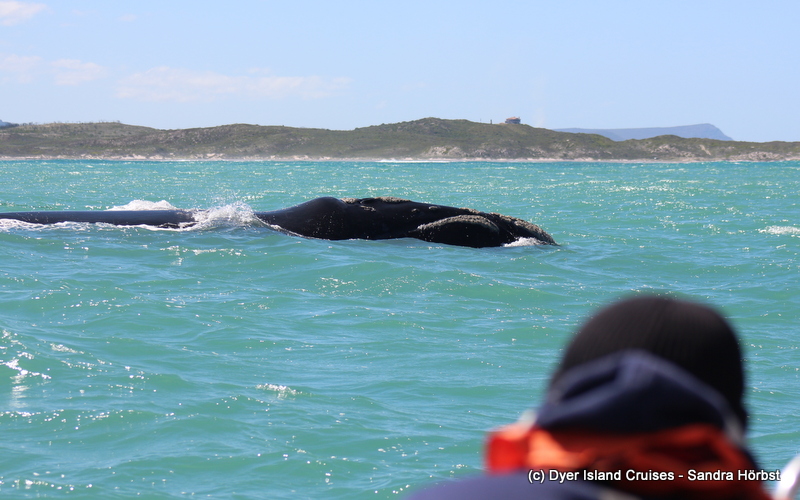 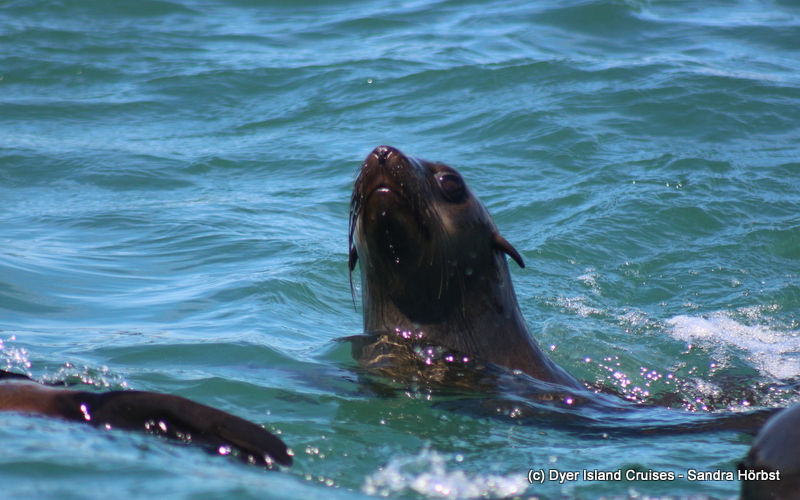 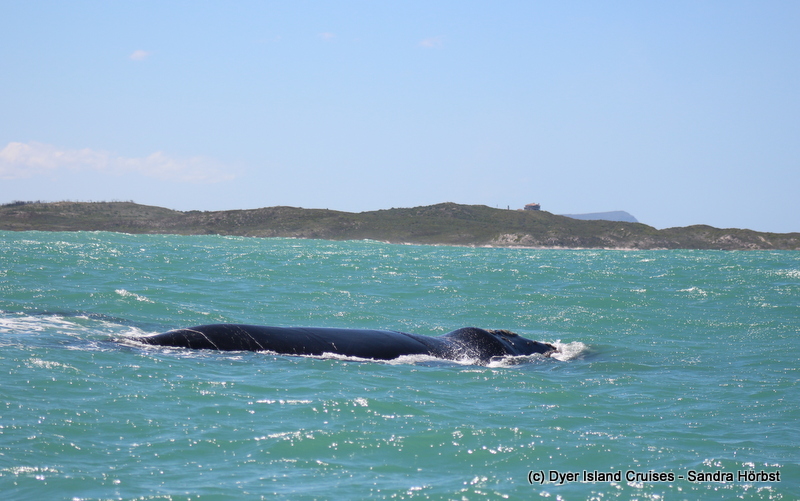 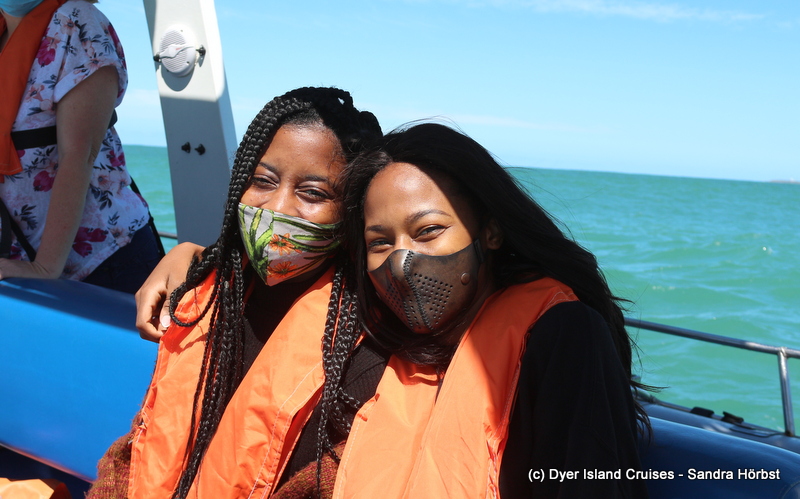 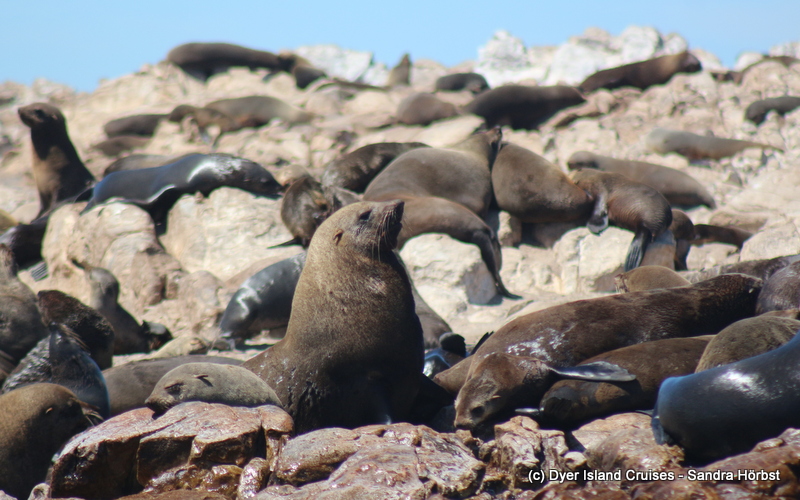 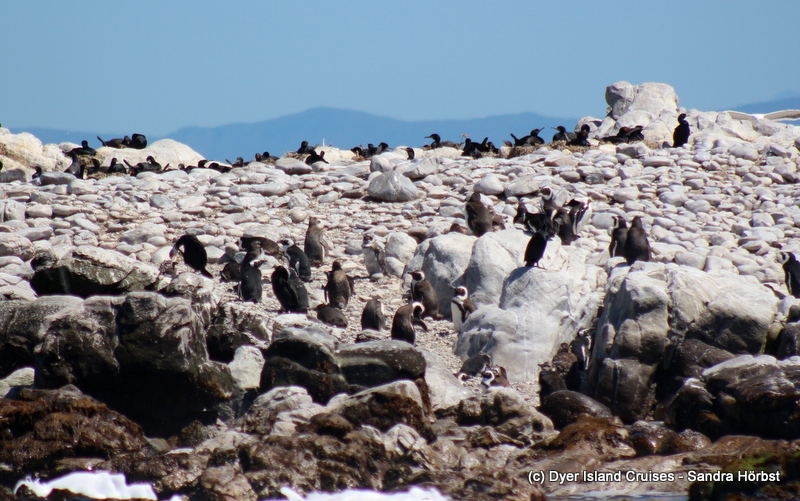