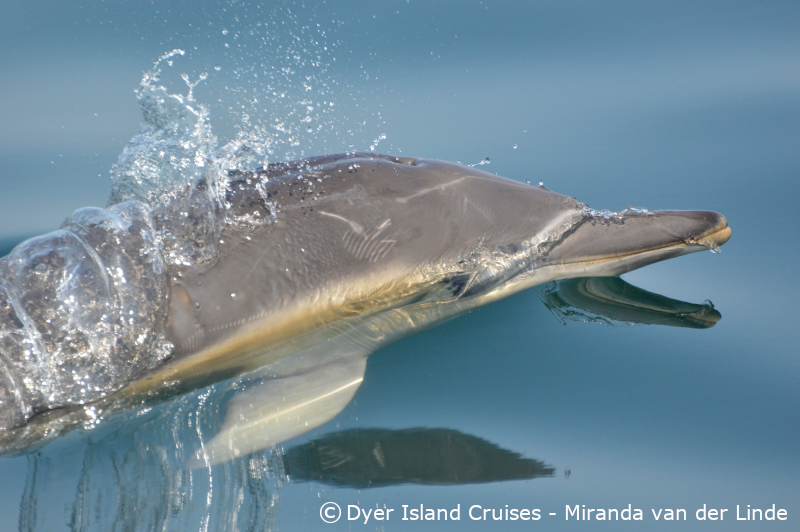 It’s been another fantastic day out on the water with the Marine Big 5 in the Dyer Island ecosystem. We have encountered a huge array of species on our 3 trips throughout the day and we also witnessed some interesting behaviours and interactions between different species. For example, on our first tour we encountered two Southern right whales that were accompanied by a Cape fur seal. The seal was constantly swimming around the whales, and this made them roll around and become quite active. It was difficult to know if the whales were playing around with the seal or if they were bothered by it. On our second trip we encountered several Cape fur seals together with a large pod of at least 50 common dolphins. As the dolphins were travelling we could see at least 3 seals leaping along with them, as if they wanted to be dolphins too. At the end of the encounter we could even see both the dolphins and the seals feeding on a school of fish. The final interesting interaction we observed today was a Southern giant petrel that was being bothered by 3 Bronze whaler sharks by our sister company’s shark cage diving boat. The petrel was sitting on the water’s surface and the sharks kept nipping at its legs and even using their tails to try to slap the bird. Each encounter today was unique and interesting, such as the three mother and juvenile pairs that we encountered on the second and third trip today, the mother and calf Indian Ocean humpback dolphins on the first trip, a sunfish and stingray on trip one and the Cape fur seals and African penguins on all trips. Every tour is unique and its always an adventure for the passengers and crew alike. 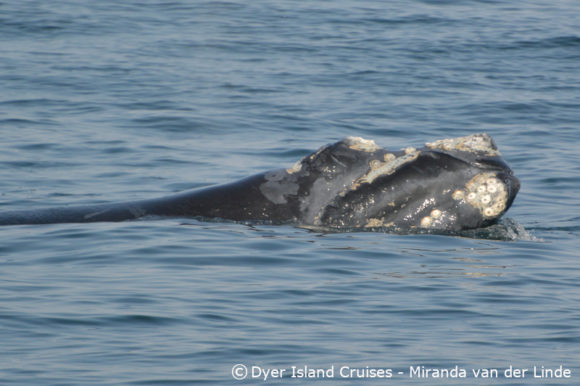 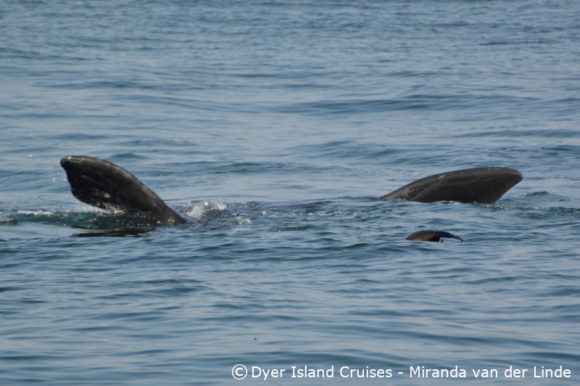 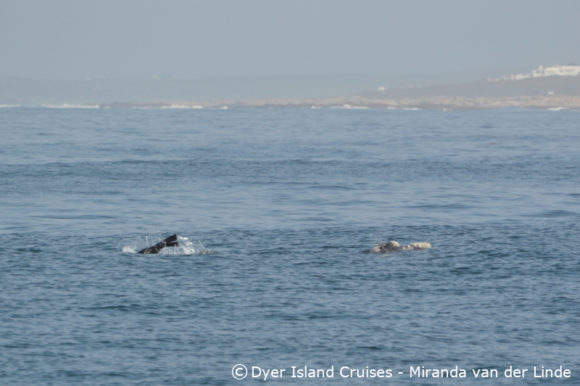 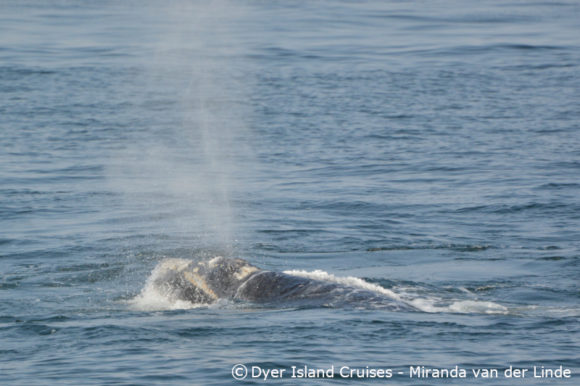 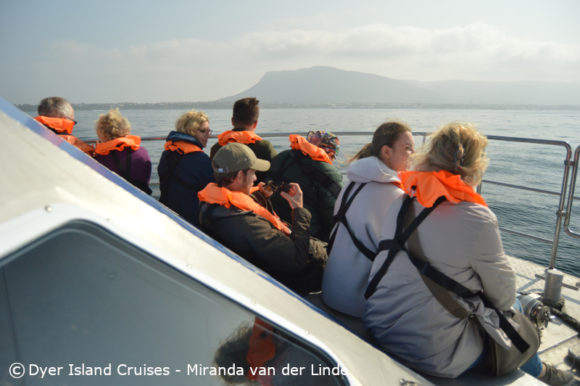 Enjoying the front of the boat 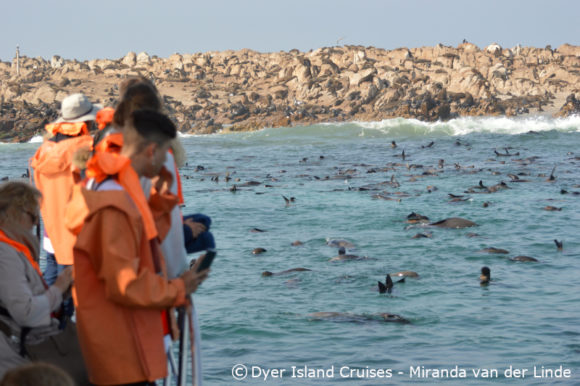 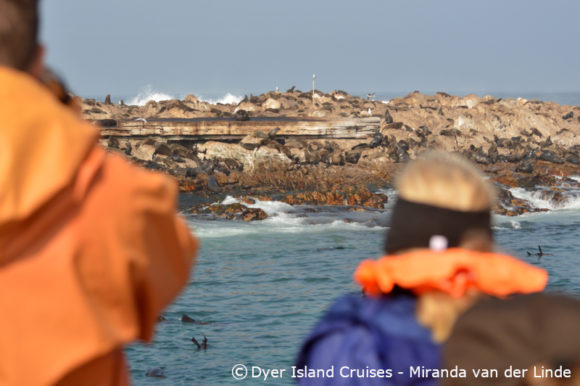 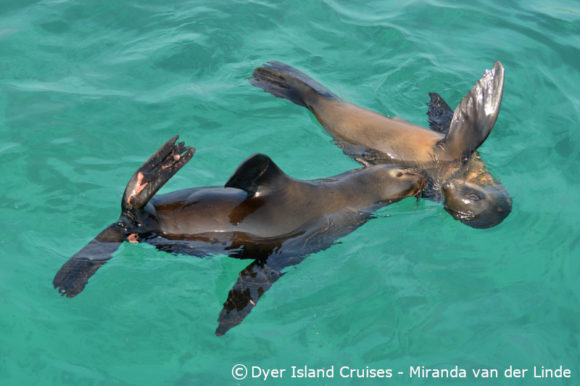 Playful Cape fur seals, one the fortunate survivar of an accident 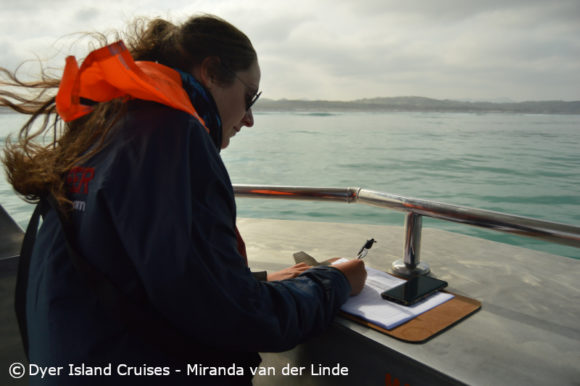 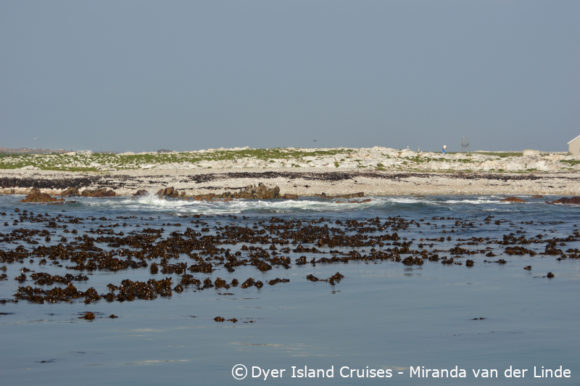 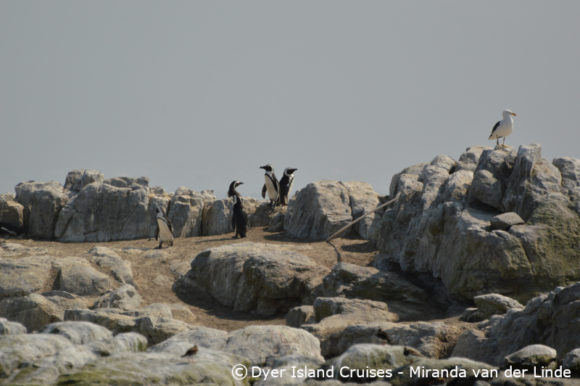 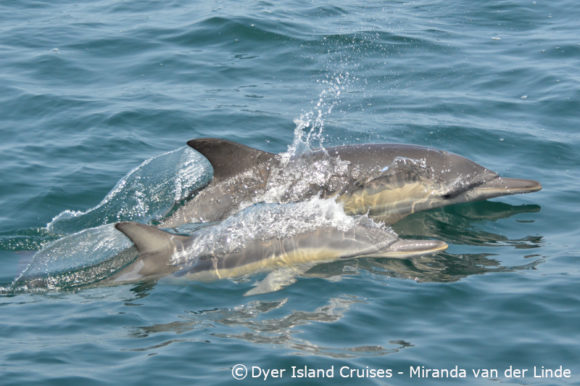 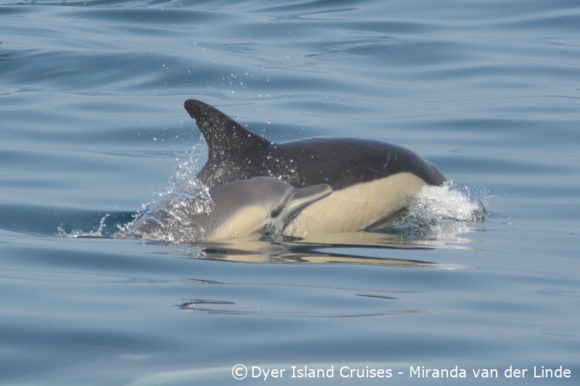 Juvenile common dolphin coming up next to its mother 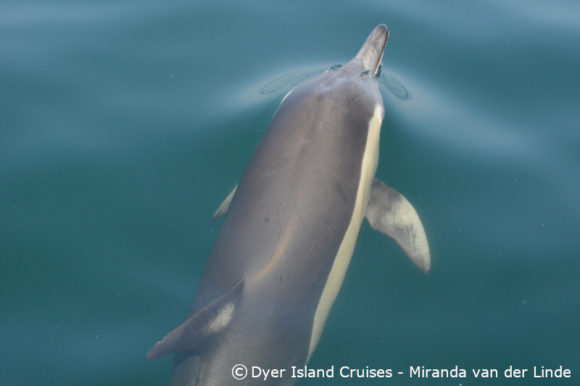 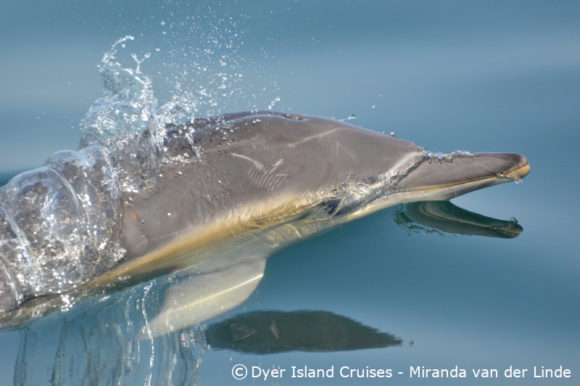 A common dolphin in a beautiful calm ocean 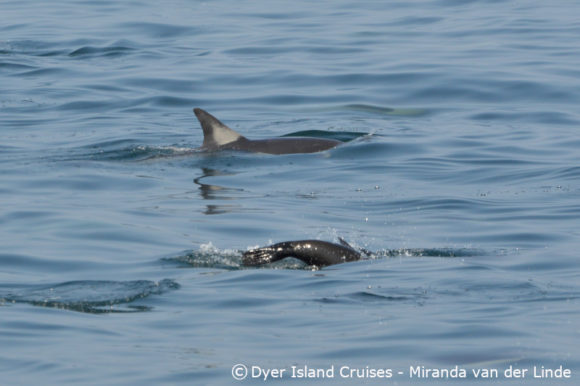 A common dolphin and a Cape fur seal in the foreground 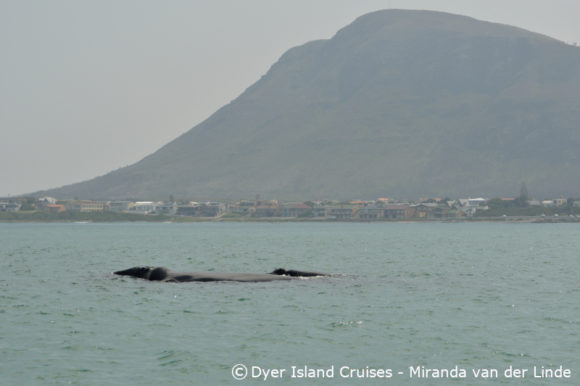 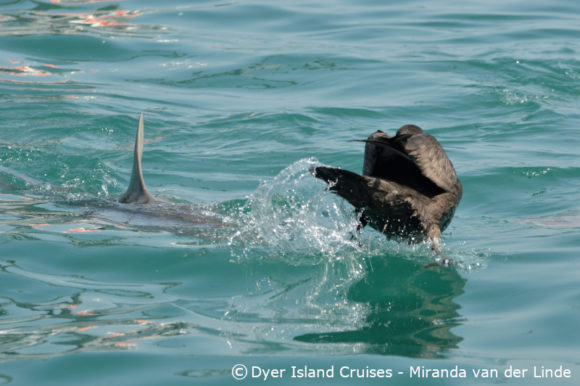 A bronze whaler shark going after a Southern giant petrel 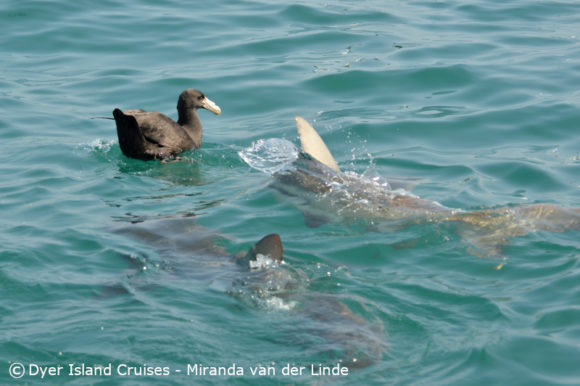