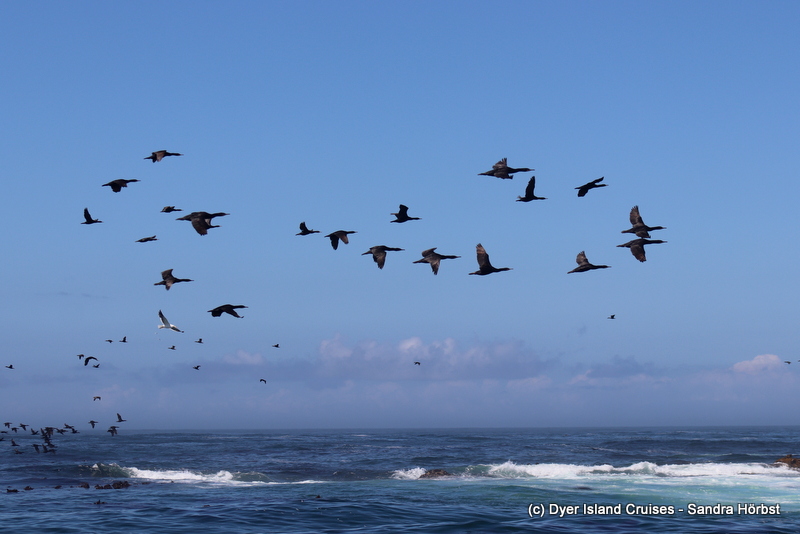 Today has been another sunny day at sea with a light breeze that was picking up throughout the tour. As soon as we launched from Kleinbaai harbour we set course towards the shark cage diving boats but had to return towards the end of our trip to see a Bronze whaler shark. Out in the deeper waters of the bay it has been a little quiet, but around Dyer Island there was a lot of life and stuff going on. Flocks of Cape cormorants were returning from sea and two Giant petrels were gliding over our heads around the boat. We also spotted endangered African penguins resting on a rock surrounded by more cormorants. At the Cape Fur seal colony, we got to see thousands of pups making their way closer to the water and other swimming in the alley. 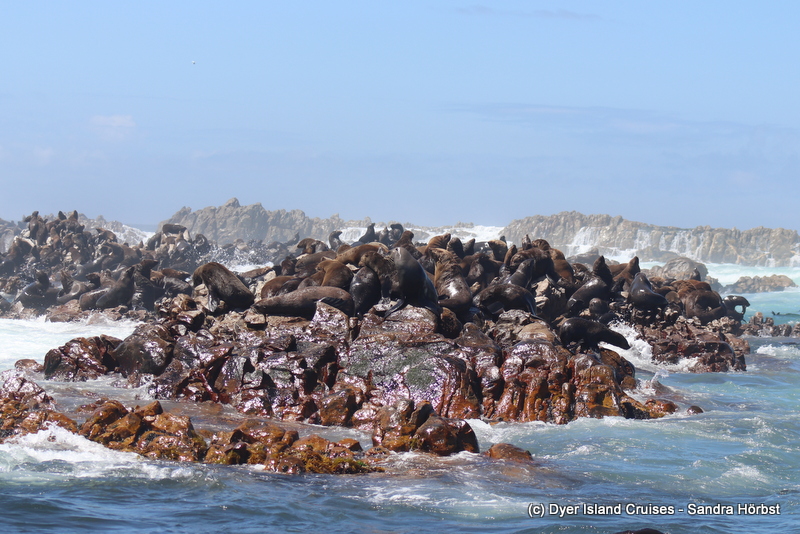 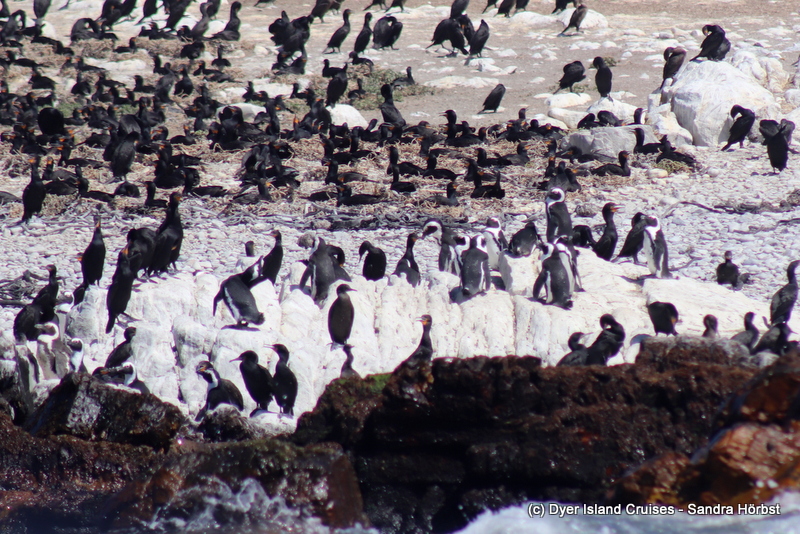 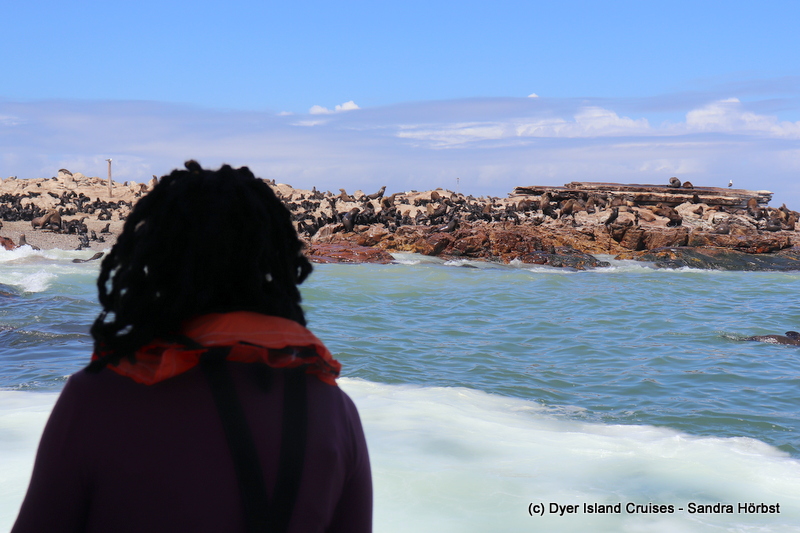 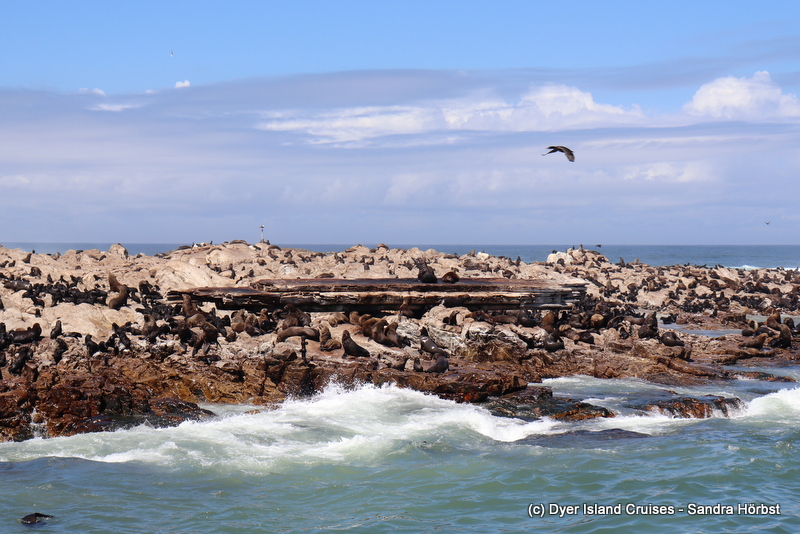 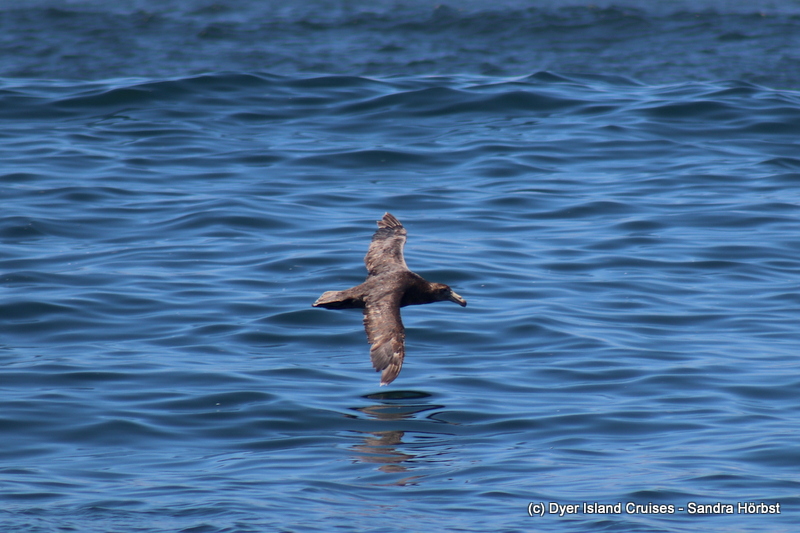 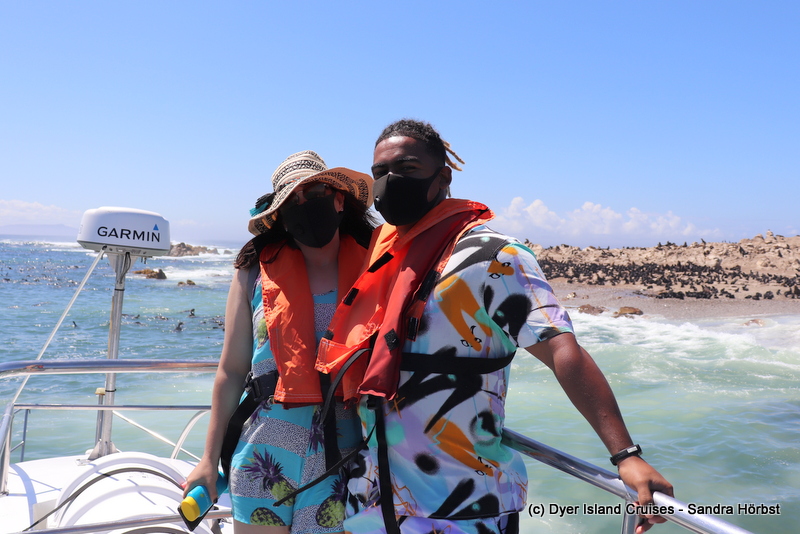 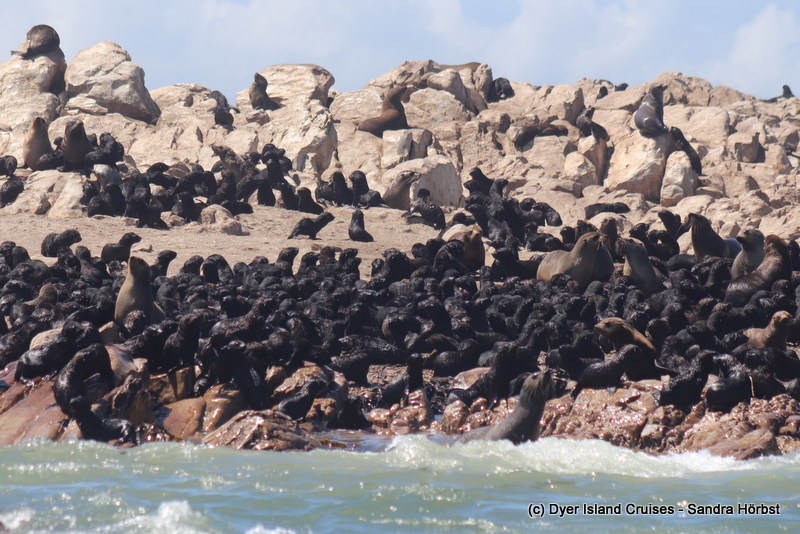 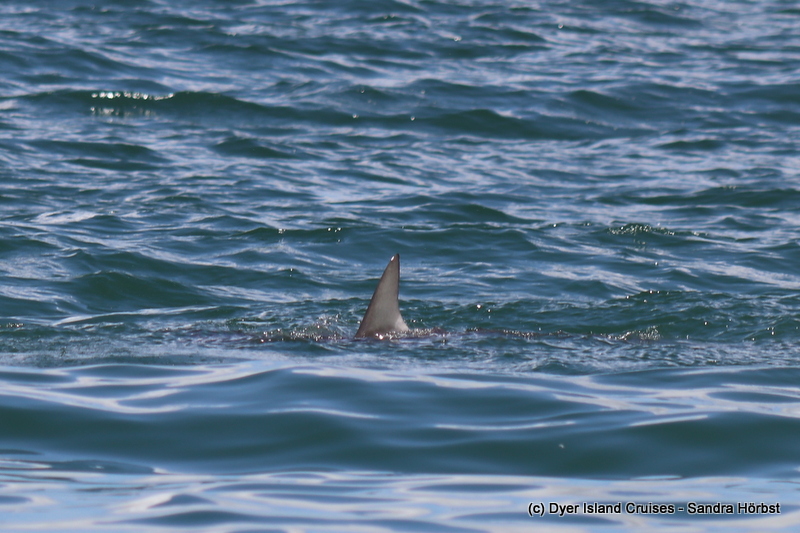