The day started overcast but cleared up soon and the sun was shining throughout both trips we launched from Kleinbaai harbour. In the shallow area close to shore at the shark cage diving boats we got to see some Bronze whaler sharks. At Dyer Island we spotted some African penguin, Cape cormorant, Swift tern and a few Giant Petrel gliding above the ocean. Just around the corner of Dyer Island we saw that Geyser Rock was quite empty as most of the Cape Fur seals were at sea hunting for some food. However, having fewer adult on the island allowed us to have a great look at all the pups. 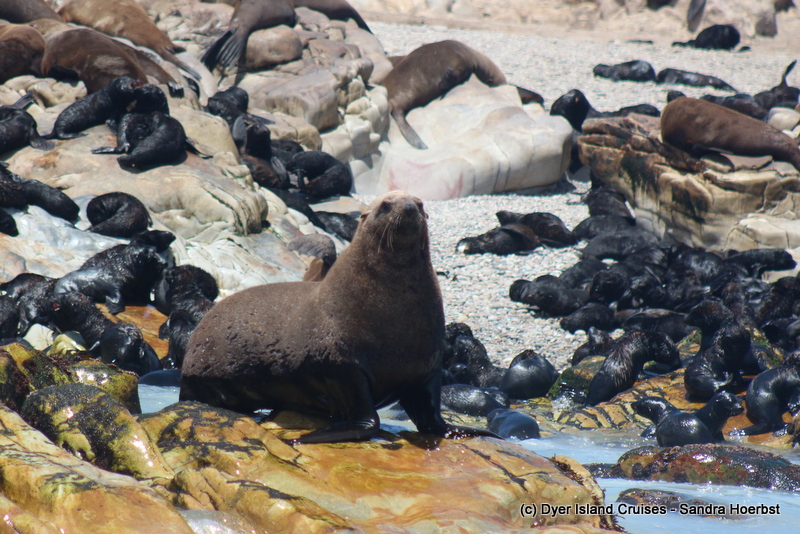 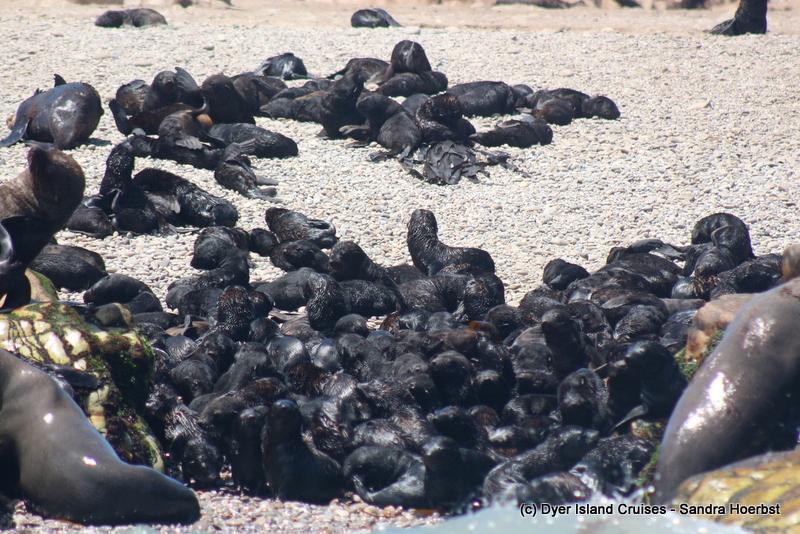 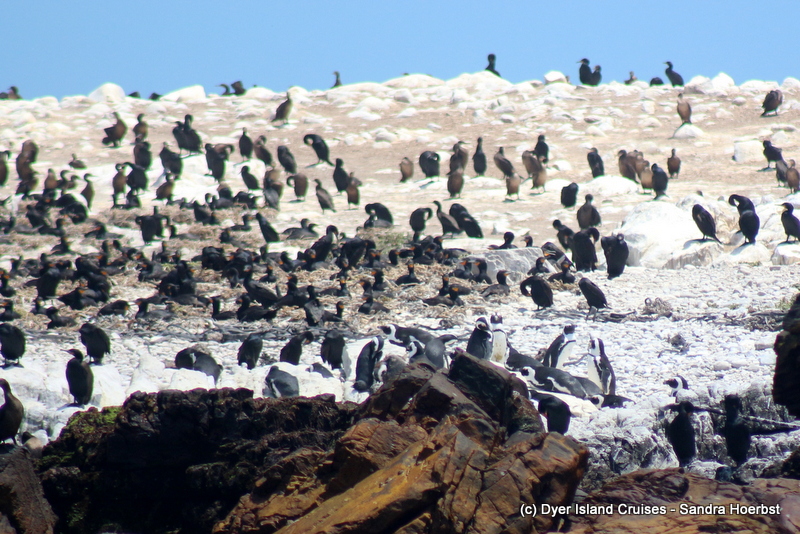 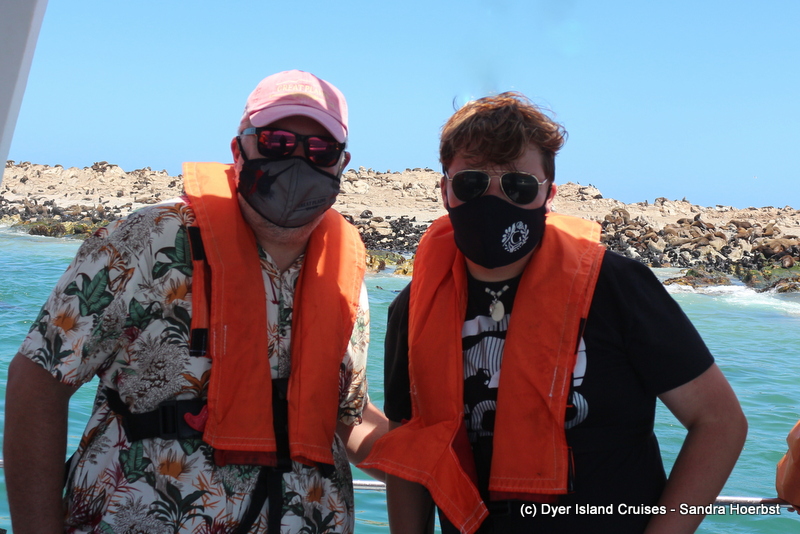 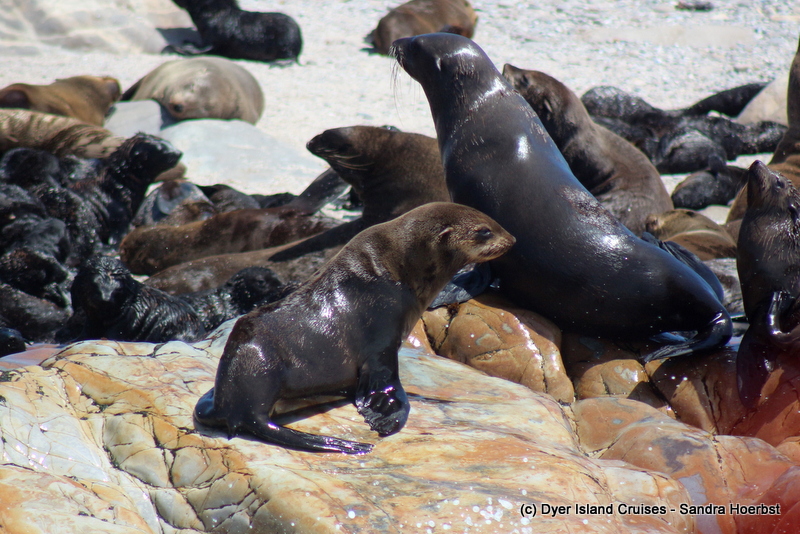 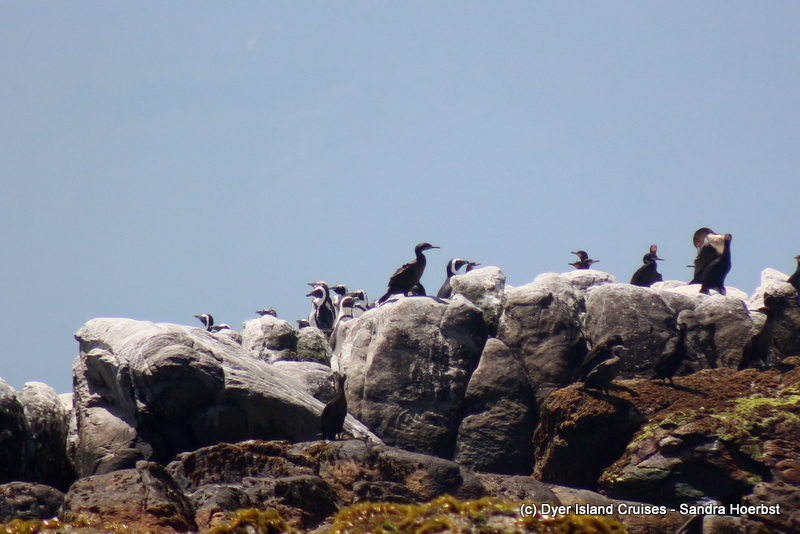 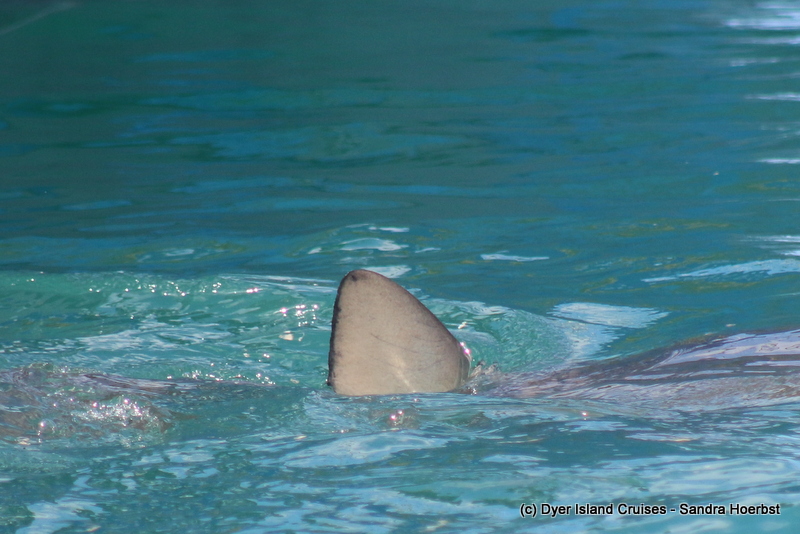