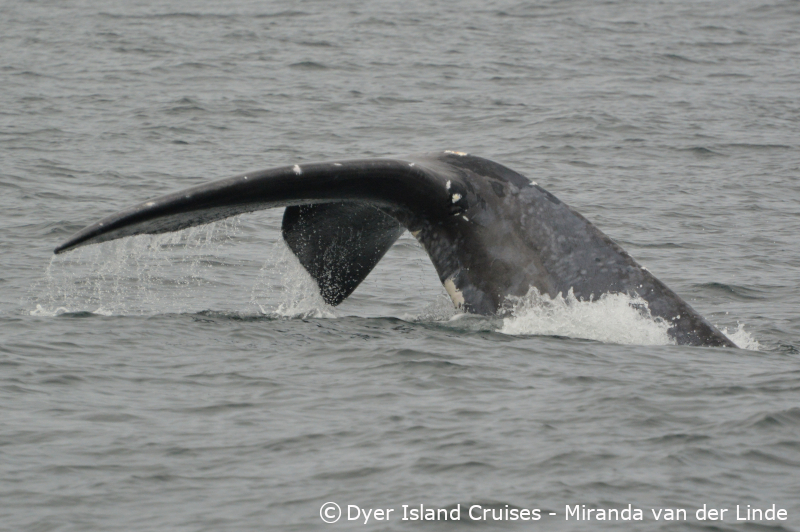 Today we encountered our second brindle Southern right whale of the season. Brindle whales are individuals that are born almost completely white, with a black “collar” and some variable black spots on the body. Only about 4% of Southern right whales are born like this, and they gradually darken a bit over time, although they will remain much lighter in colour than the typical black Southern right whales. The brindle whale we encountered today was already and adult, so it had a light grey colouration, and it was travelling together with a normal (black) adult. The best part was that multiple times we got to see both of their tails, as they kept lifting them up high when they were diving. It was really cool to see the difference in colouration of these two whales. On our second tour we got to see Southern right whales again, although this time different individuals to those seen on our first trip. We encountered two adults and a juvenile, followed by another adult and juvenile pair, not far from Pearly Beach. We have been really enjoying seeing all the Southern right whales that have been coming into our whale watching area recently. The Cape fur seals were very active again today. Just like yesterday we could see a large part of the colony in the water, rolling around, playing and leaping out of the water. We also had a really good look at the African penguins on Dyer Island, especially since today we had some individuals that were quite close to the water line. On both tour we also got to see the Great white shark and Bronze whaler shark, as well as a sunfish. So, all in all it was another amazing day for us to be out on the water. 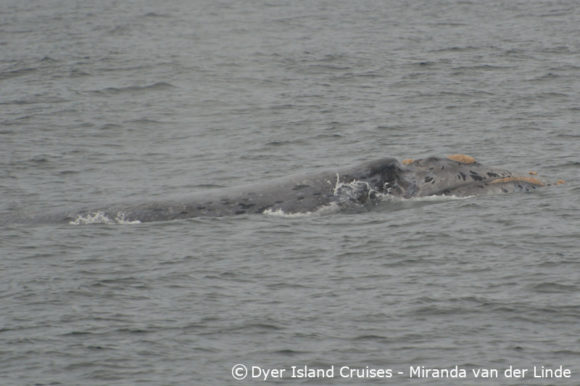 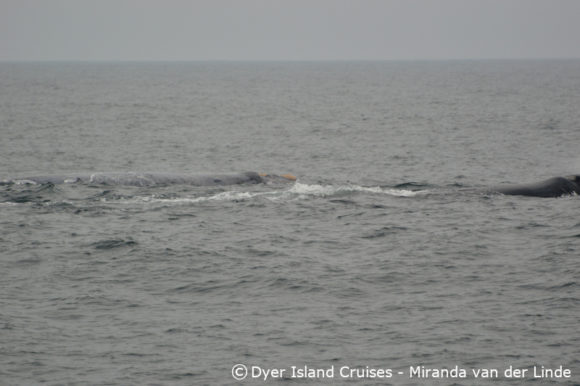 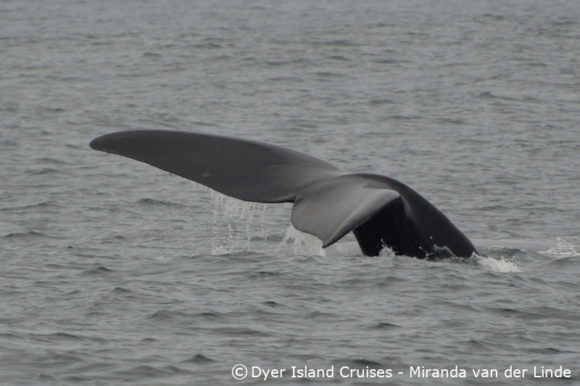 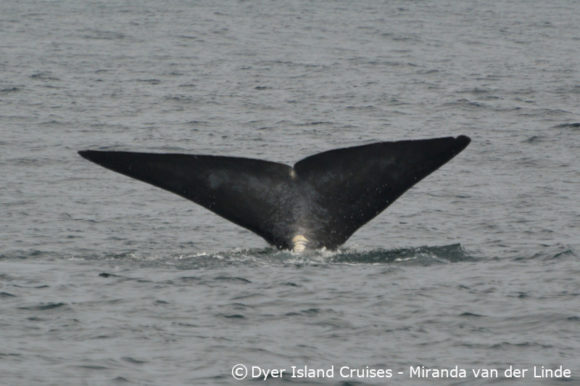 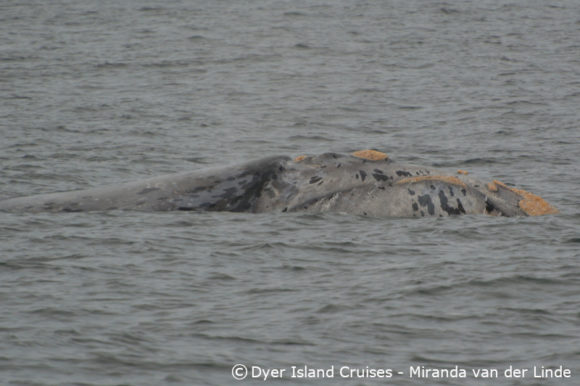 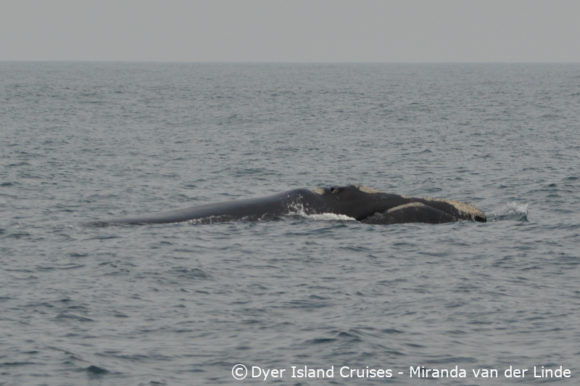 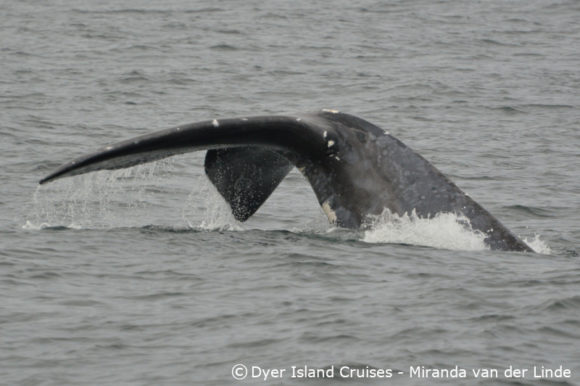 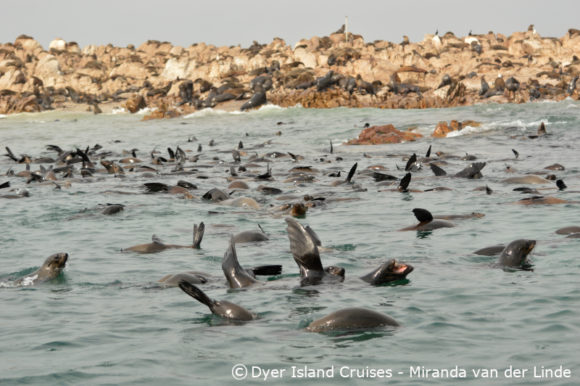 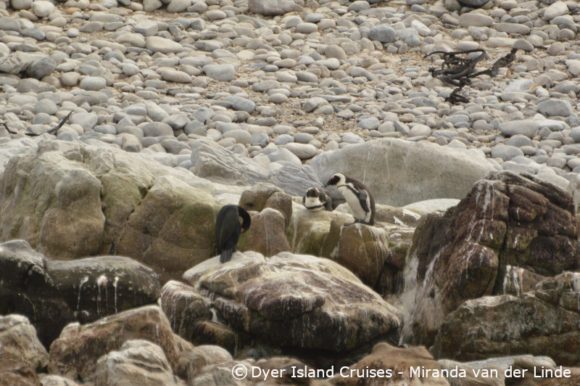 African penguins and a Cape cormorant on Dyer Island 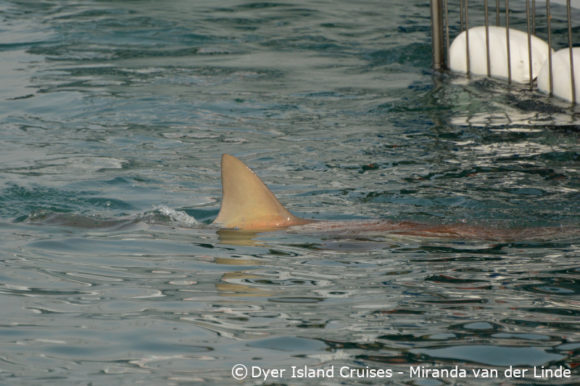