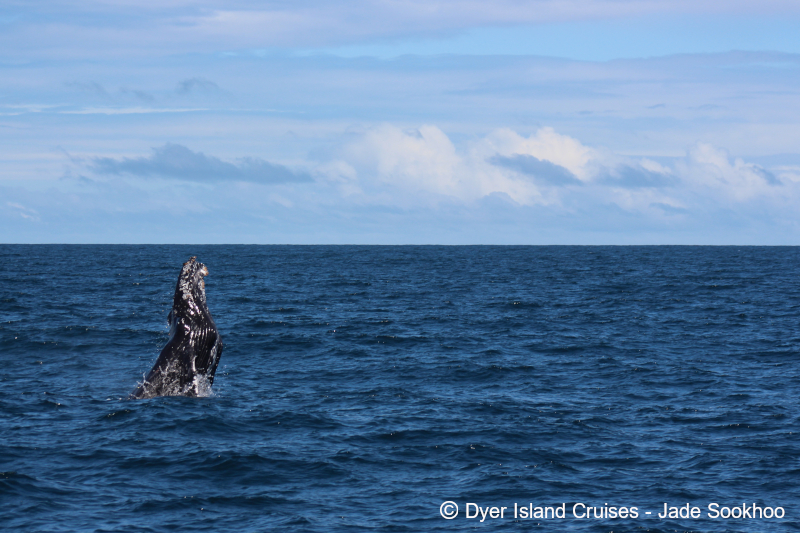 We had some great sightings out at sea today. Our Southern right whales made their usual appearance on all our trips today, but on top of that we also had some bonus humpback whale sightings. On the first trip of the day we encountered a subadult humpback whale, who turned out to be an individual that we have come to know quite well over the past few weeks. This whale has been hanging around close to Geyser rock since at least the 30th of September. On the second trip we also had a second humpback whale, and both of them were breaching, giving us an amazing show. The Southern right whales were calmer, giving us a great look at them as they quietly rolled around in the waves close to the coastline. On and around Dyer Island and Geyser rock we had plenty of wildlife to see today, with sightings of African penguins, Cape fur seals, plenty of cormorants, a black African oystercatcher and even a giant petrel. The sharks also didn’t disappoint, as we spotted a Great white shark in the morning, and spent the rest of the day seeing large numbers of Bronze whaler sharks. The cherry on top at the end of the day was a glimpse of an Indian Ocean humpback dolphin, and although this dolphin didn’t resurface near our boat it’s always nice to know that we are lucky to have these endangered little dolphins along the shore here. 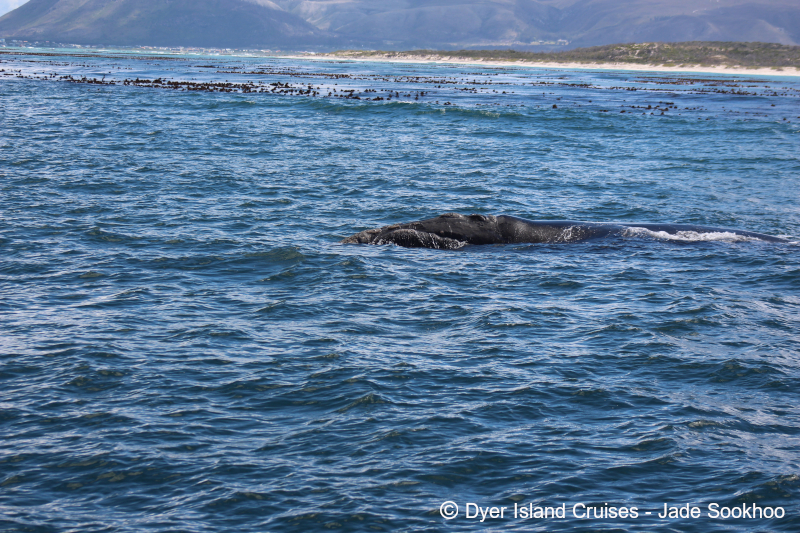 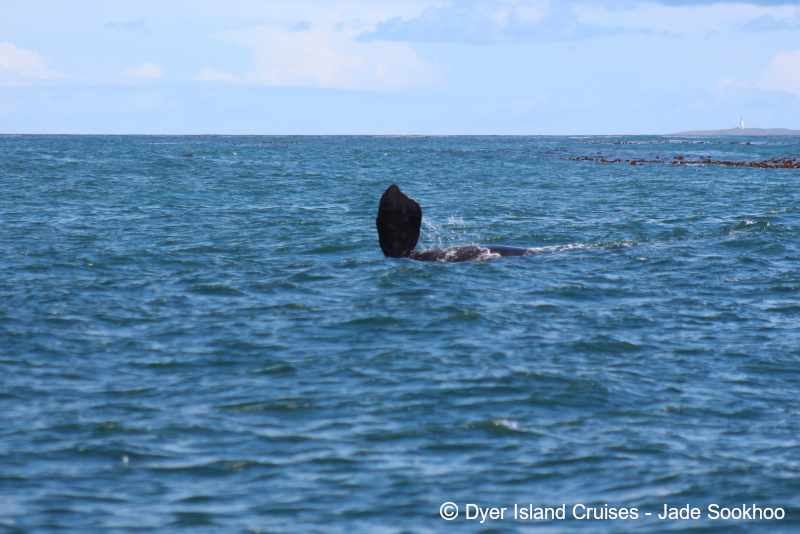 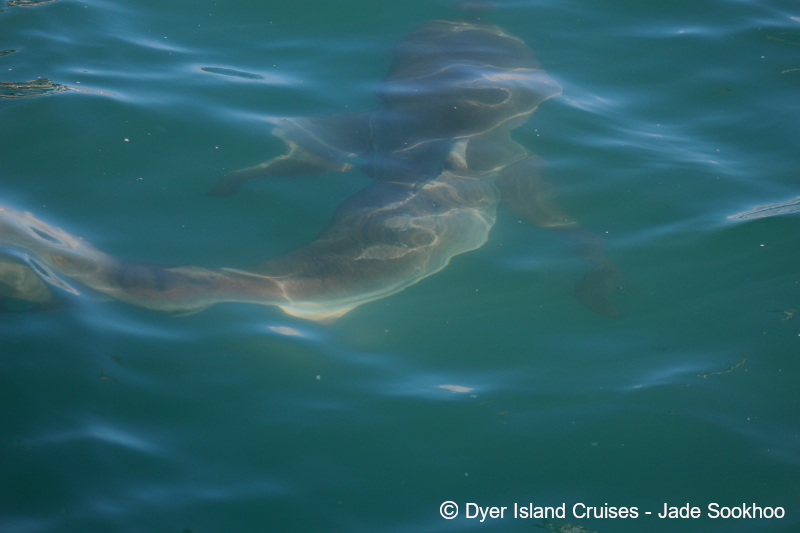 Bronze Whaler shark under the surface 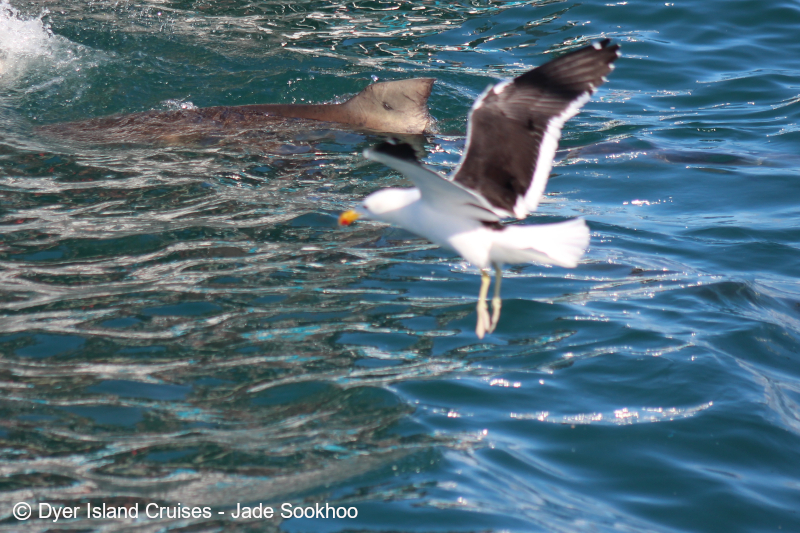 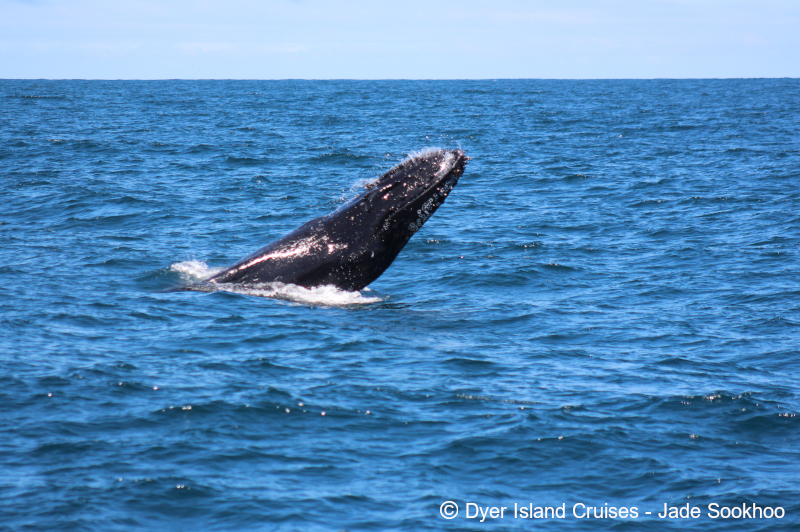 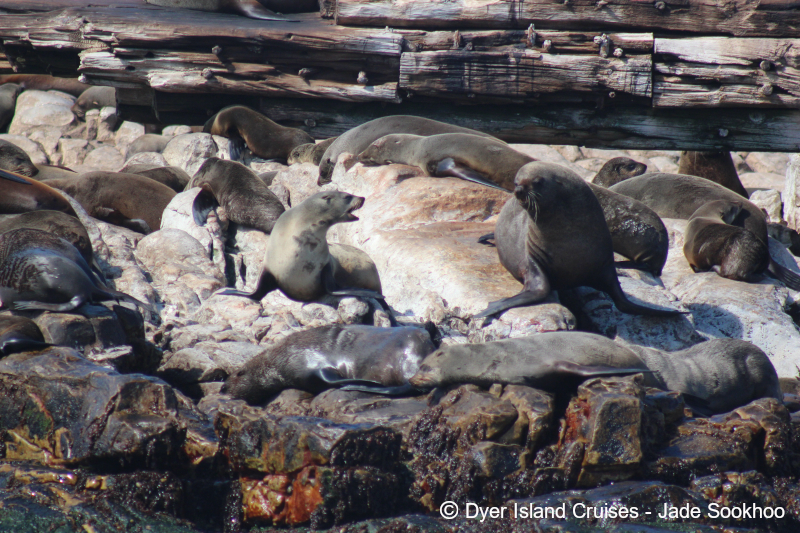 Some seals having a tiff 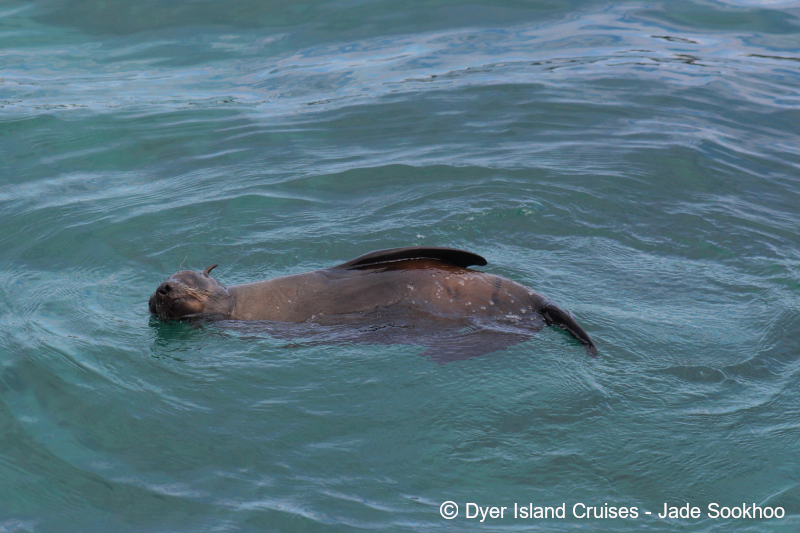 A young seal having a swim 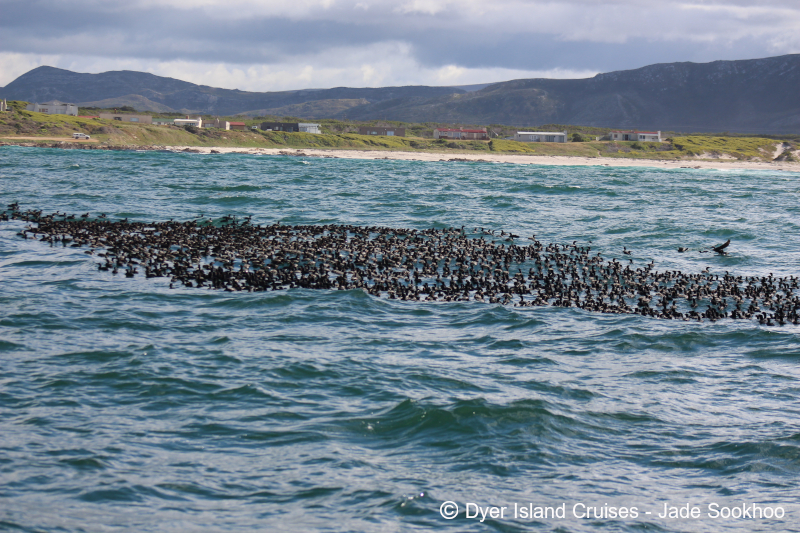 A huge flock of Cape Cormorants 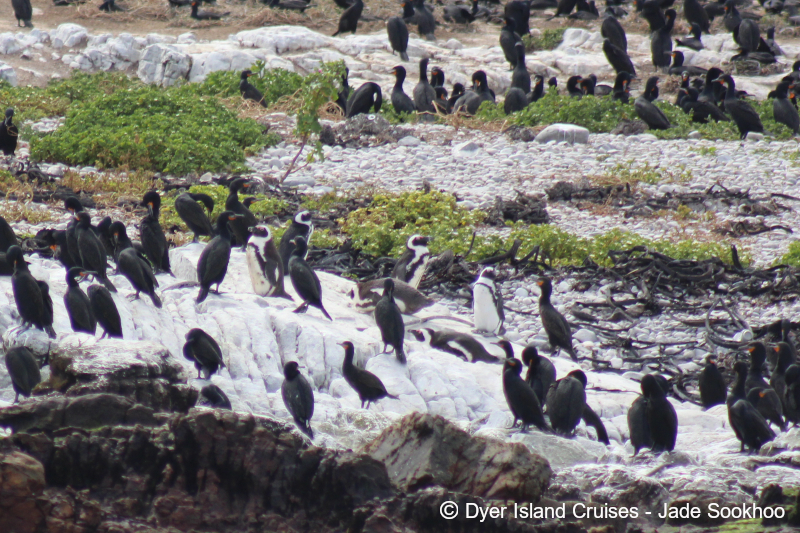 Our African Penguin among some Cormorants 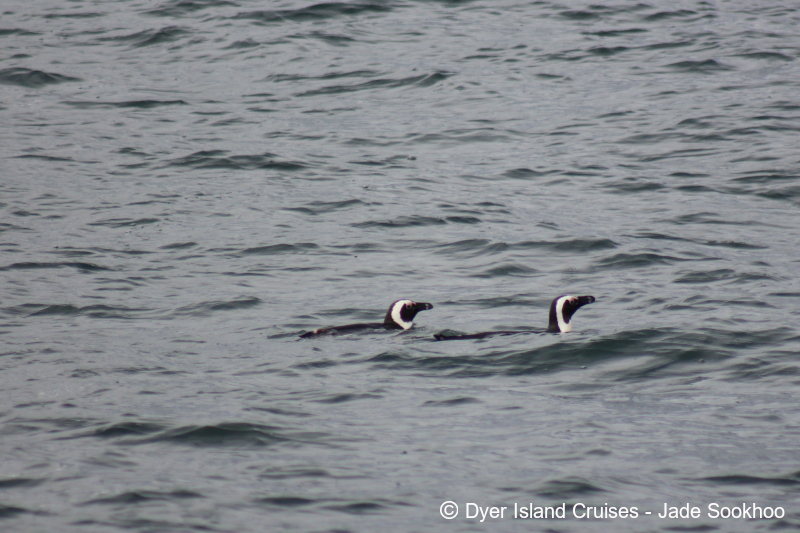 African Penguins in the water 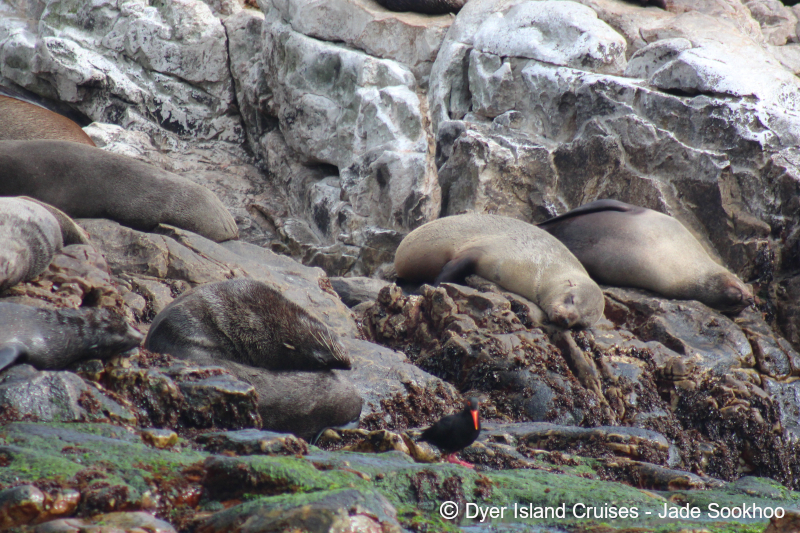