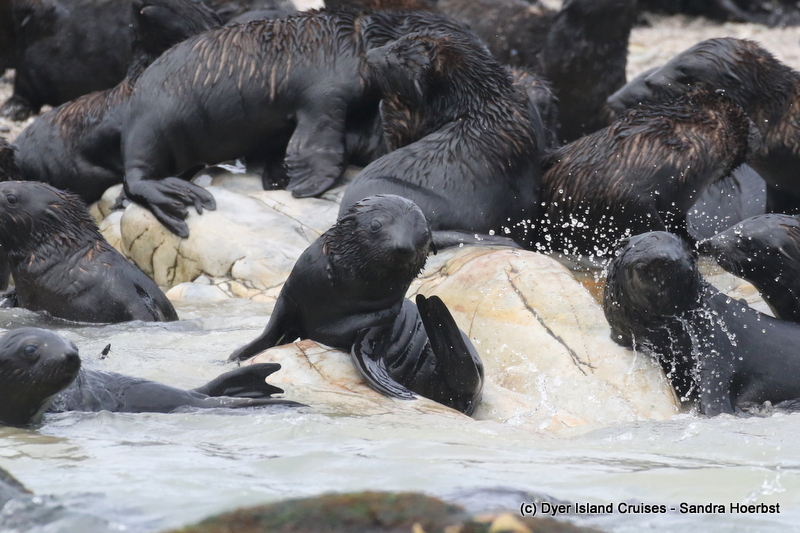 After some windy days we had the most perfect seaday with no wind and swell. Just outside Kleinbaai harbour we encountered two Indian Ocean humpback dolphin. We were very happy to see some of them again, the female and her calf were spotted close to the coast in a patch of kelp. A stop at the shark cage diving boats was essential to see some Bronze Whaler sharks. On our first tour, we went into deeper waters before visiting Dyer Island and were lucky to find a Bryde’s whale cow-calf pair traveling across the bay. On the second tour we also managed to find some Bryde’s whales, possible the same pair as on the previous trip, what a special sighting! Cruising past the Cape Fur seal colony was a lot of fun, especially observing the cute little seal pups gathering around the water.  Closer to Dyer Island we could spot some penguins and plenty of cormorants nesting on the island. What a fantastic day at sea, we could have not asked for better sightings. 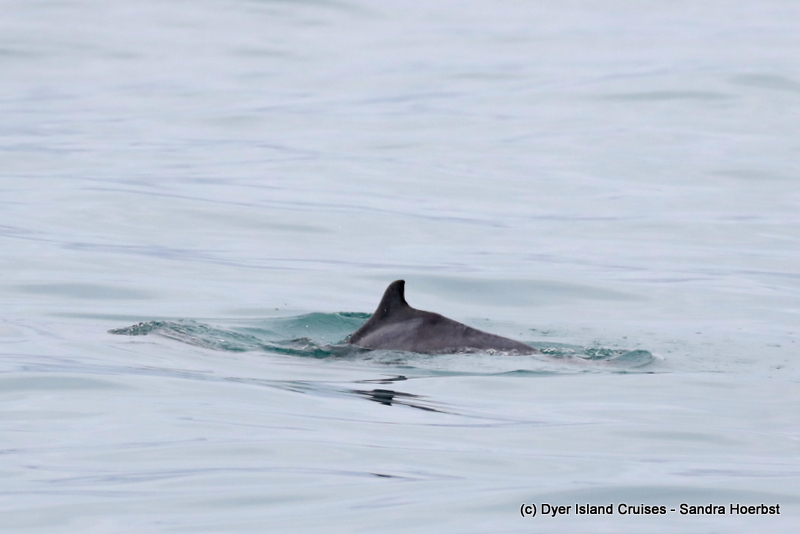 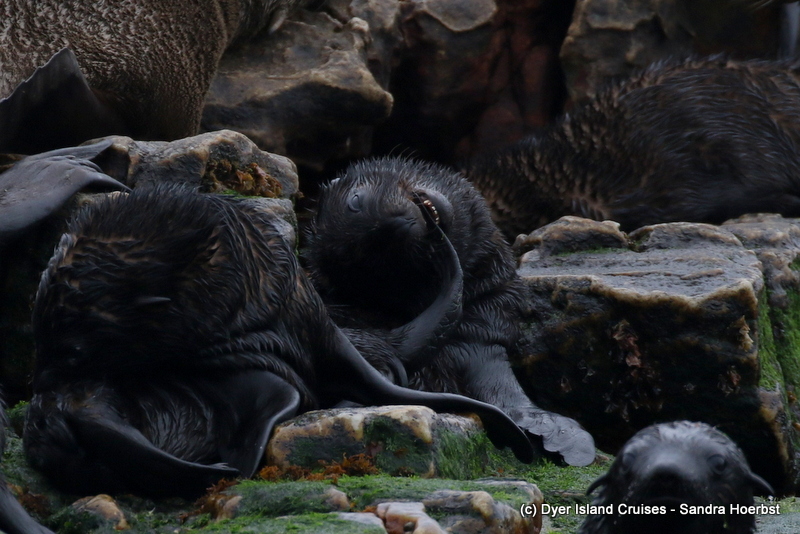 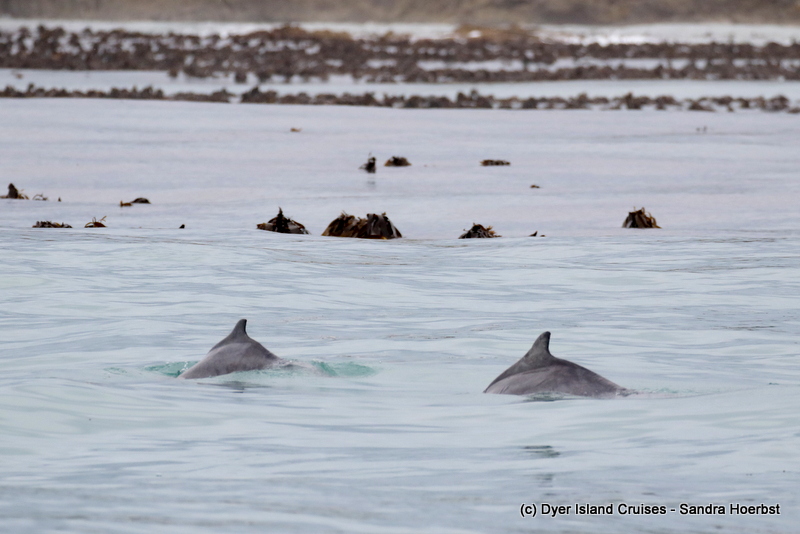 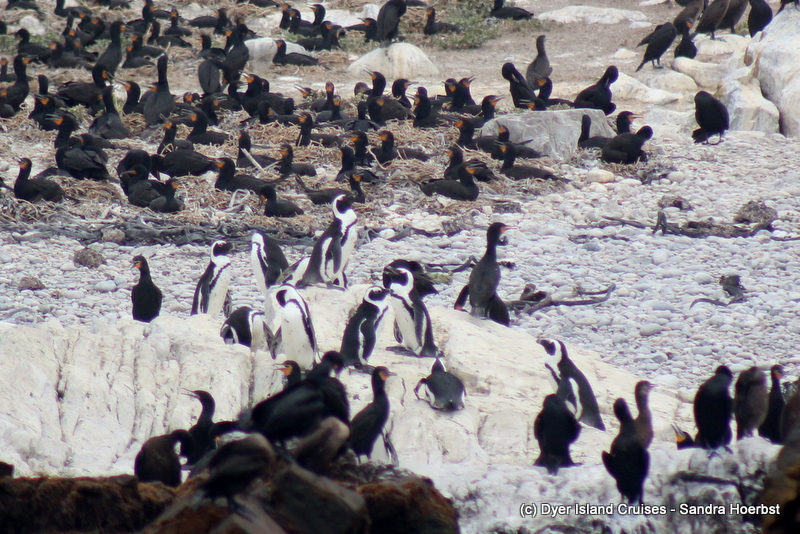 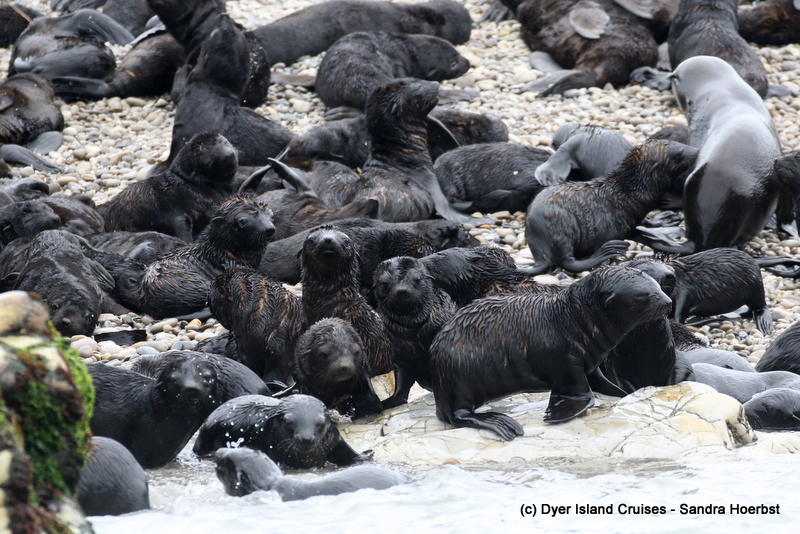 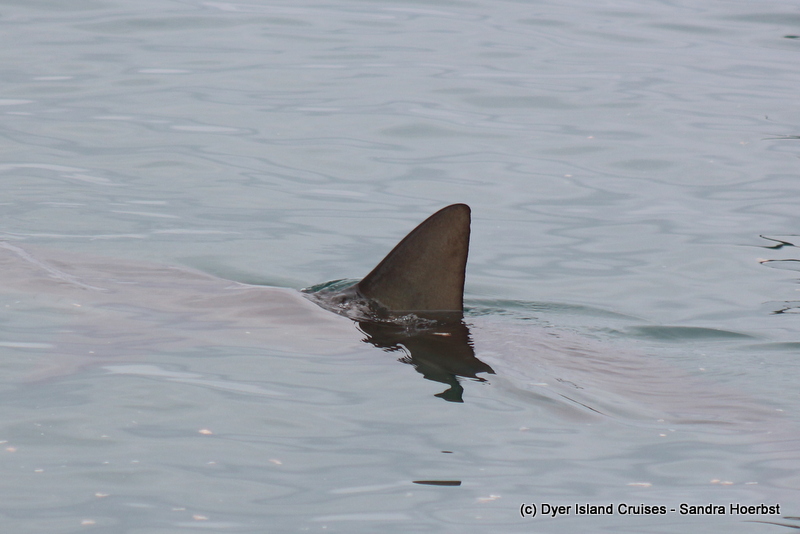 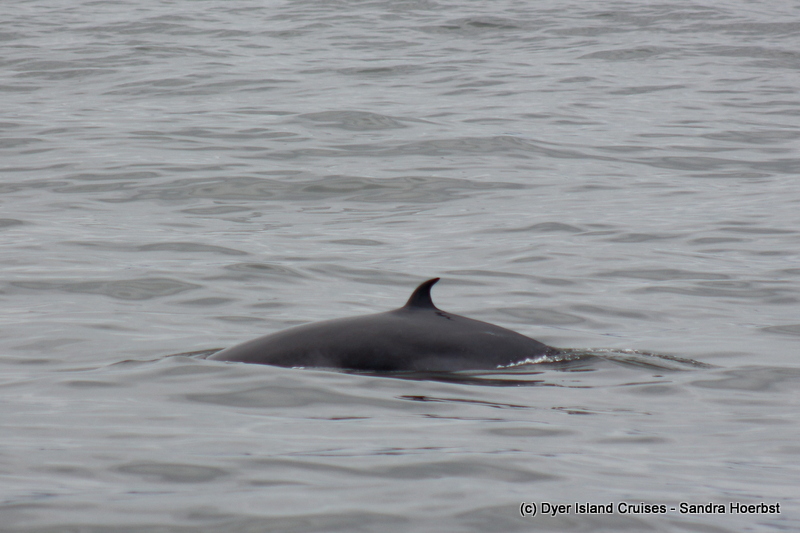 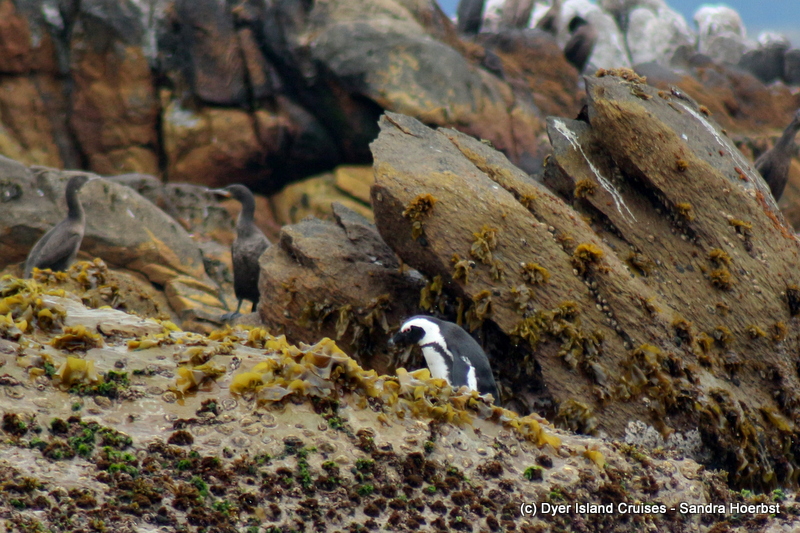 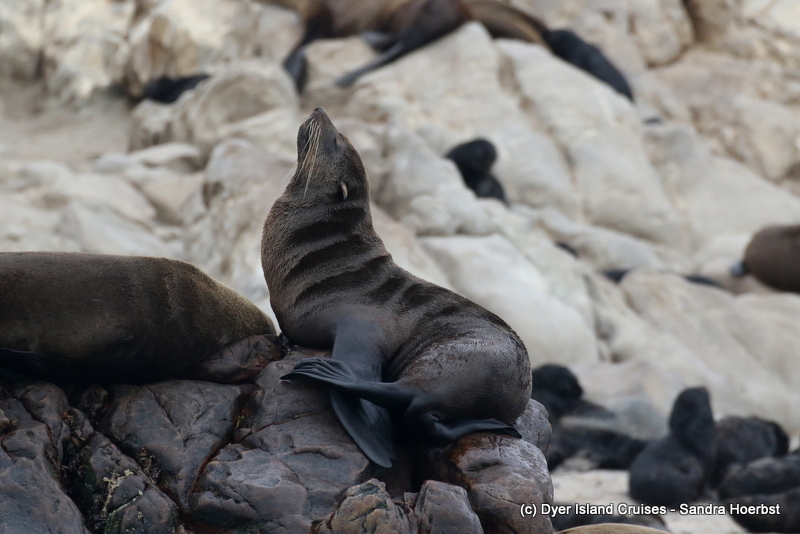 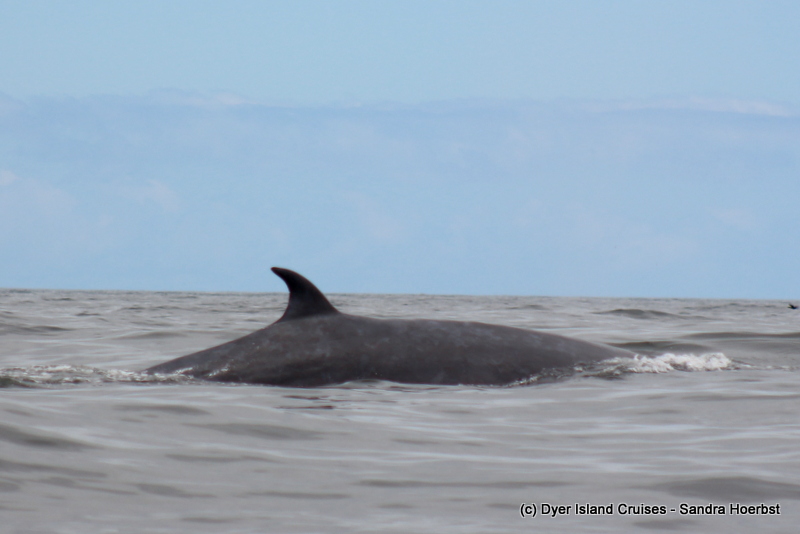 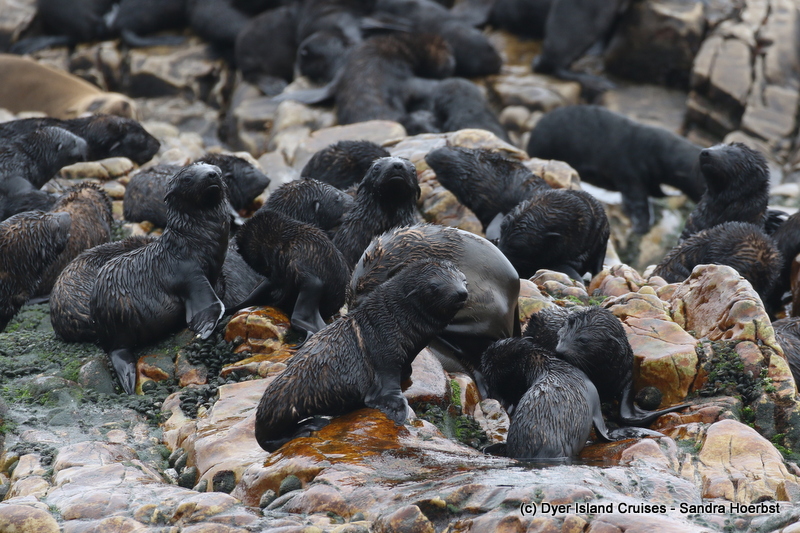