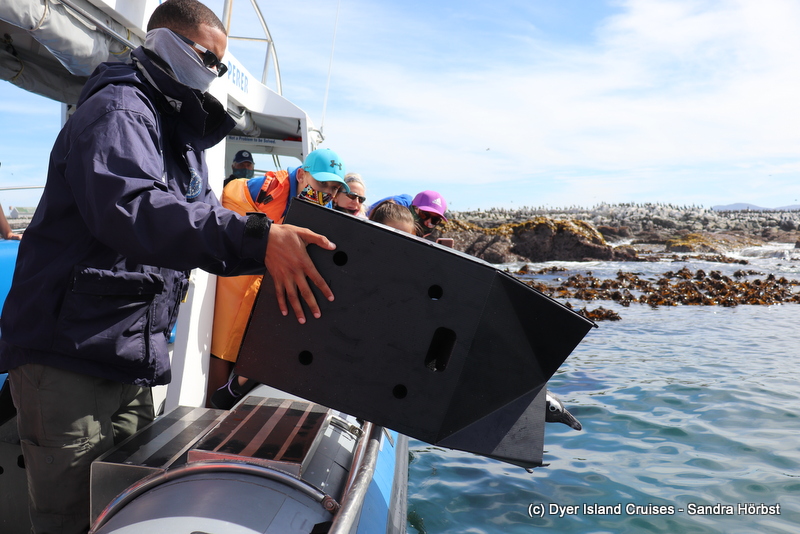 Today was partly cloudy with barely any wind, just a cold breeze from the south. After heading along the coast, we passed a reef system and were heading into the deep. Out there it has been quiet, so we made our way to Dyer Island, where we released two of the African penguins that have been rehabilitated at the African Penguin and Seabird Sanctuary here in Kleinbaai. On our way to the Cape Fur seal colony we spotted quite a few Giant Petrels, the vultures of the ocean, in between the kelp and some feeding on a dead seal. And after another stop closer to Dyer Island, we made our way back to shore and stopped at the shark cage diving boats where we got to see a Bronze whaler shark breaking the surface a couple of times with its dorsal fin. From there even closer to the coast in shallow water we spotted four humpback dolphins, we haven know for many years already. Before we reached Kleinbaai harbour we encountered a Bryde’s whale, who came up to the surface several times for air before disappearing in the bay. 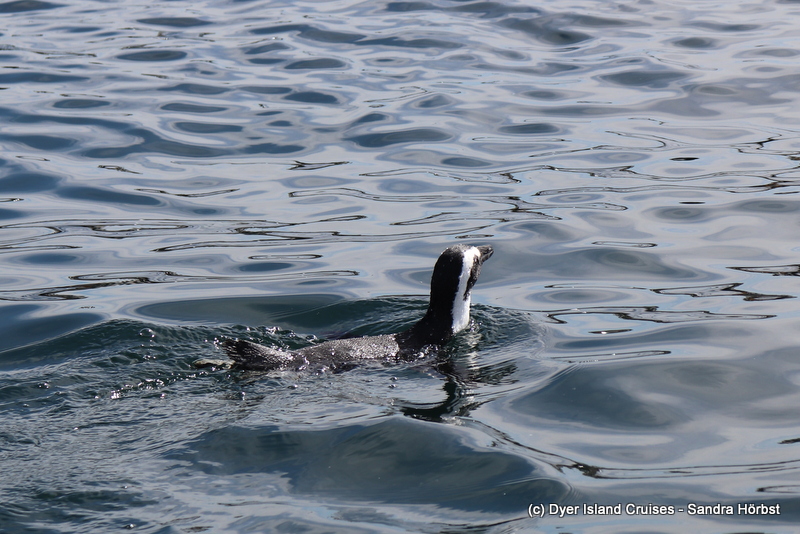 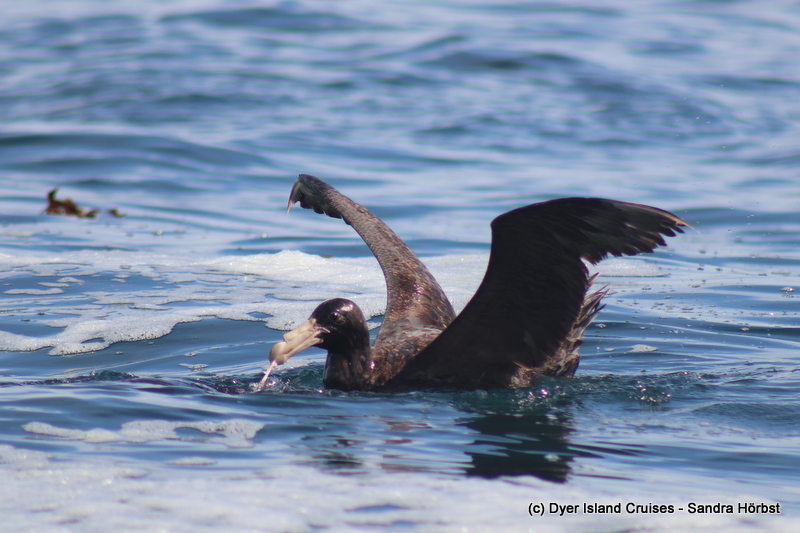 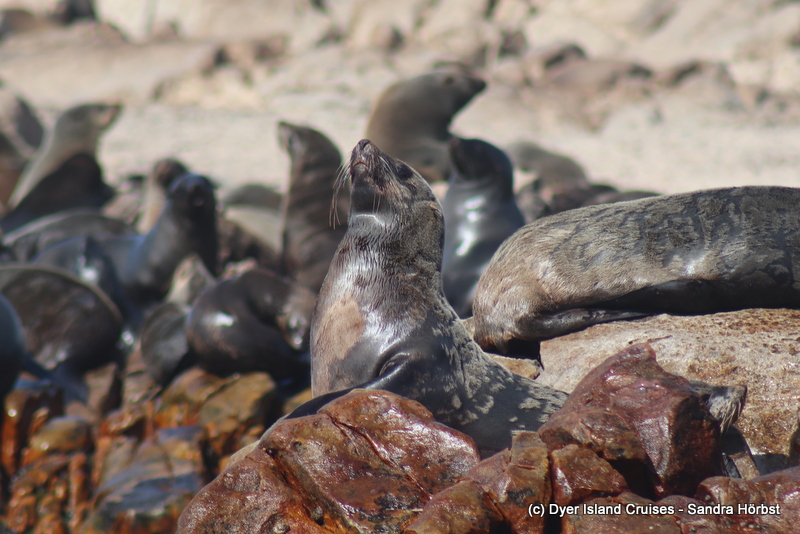 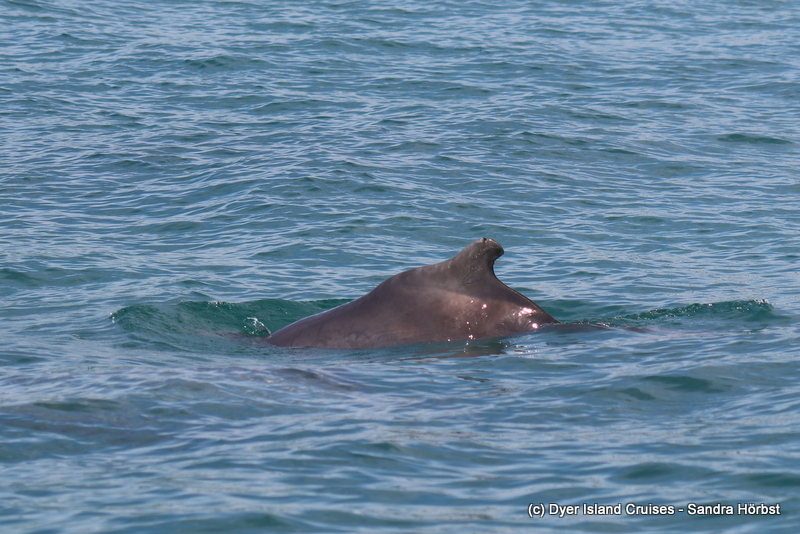 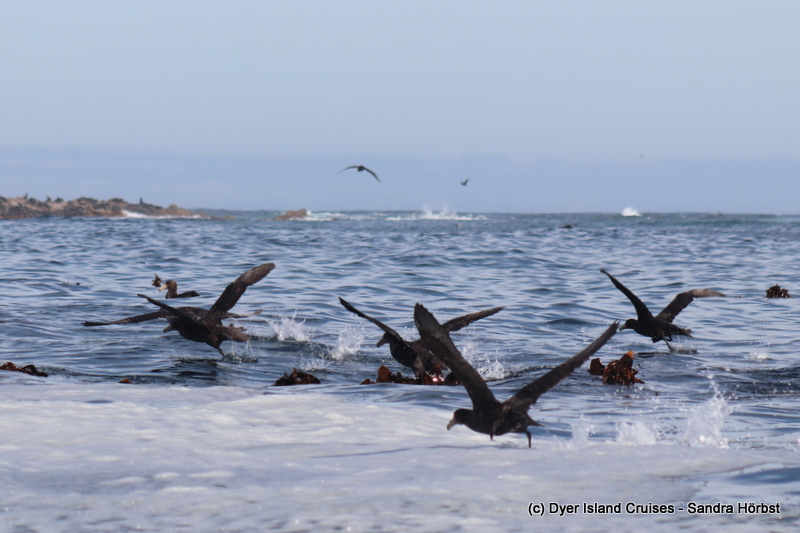 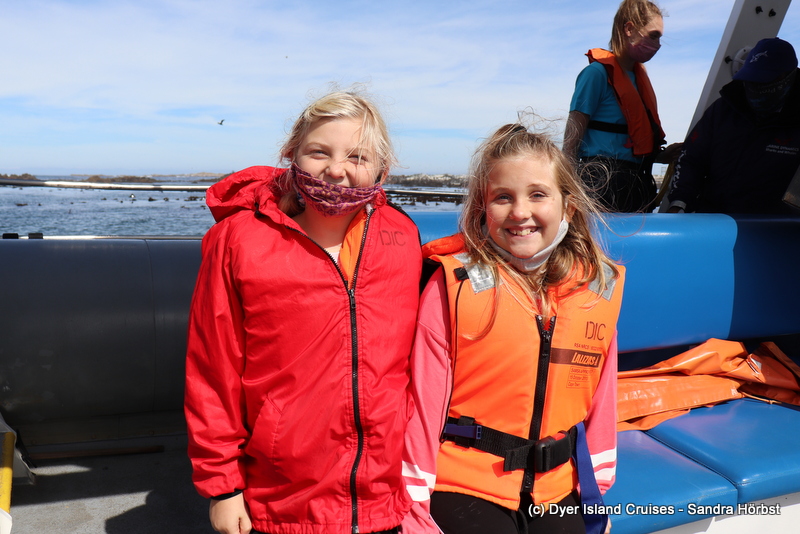 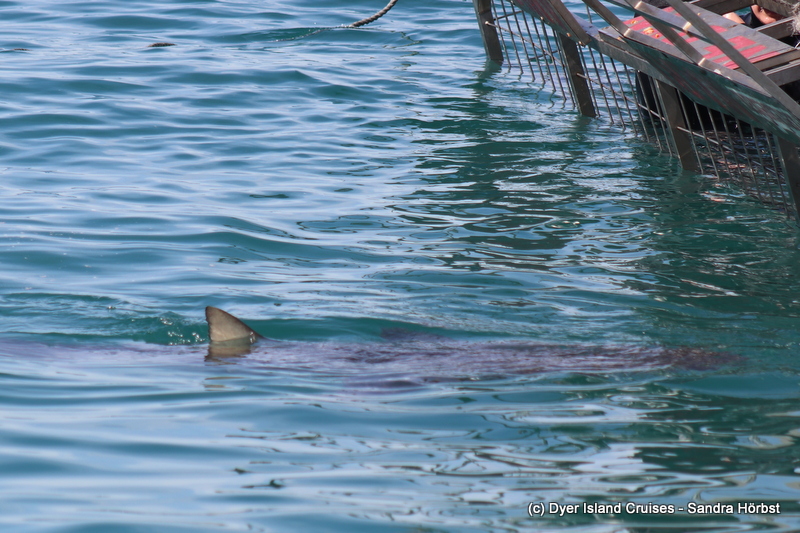 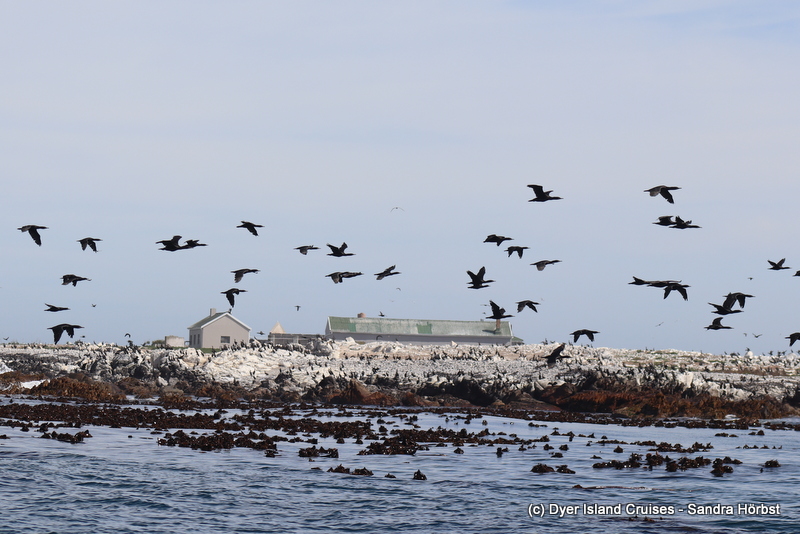 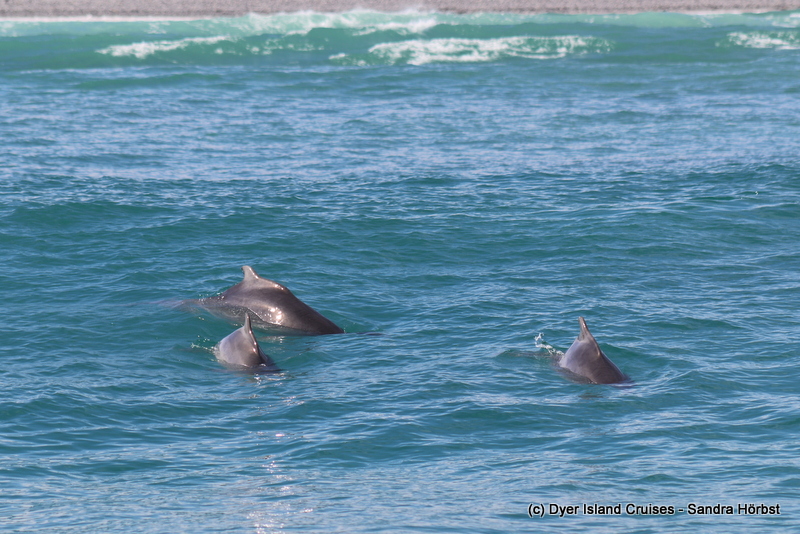 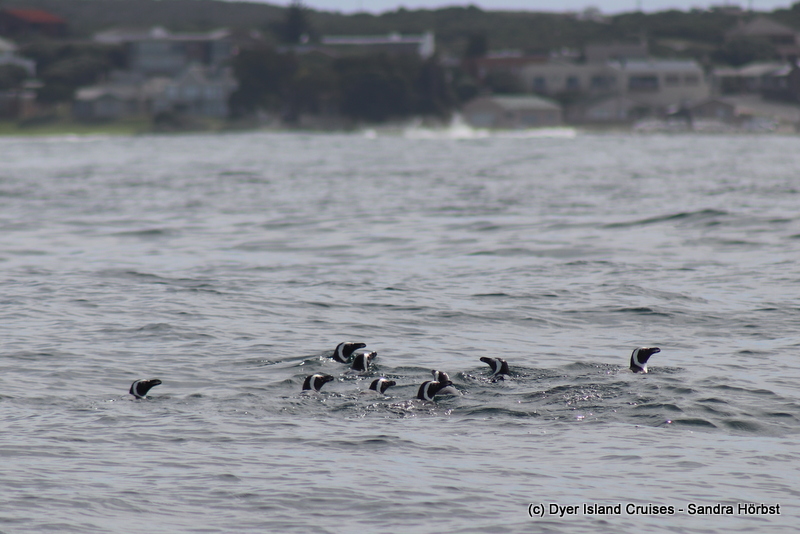 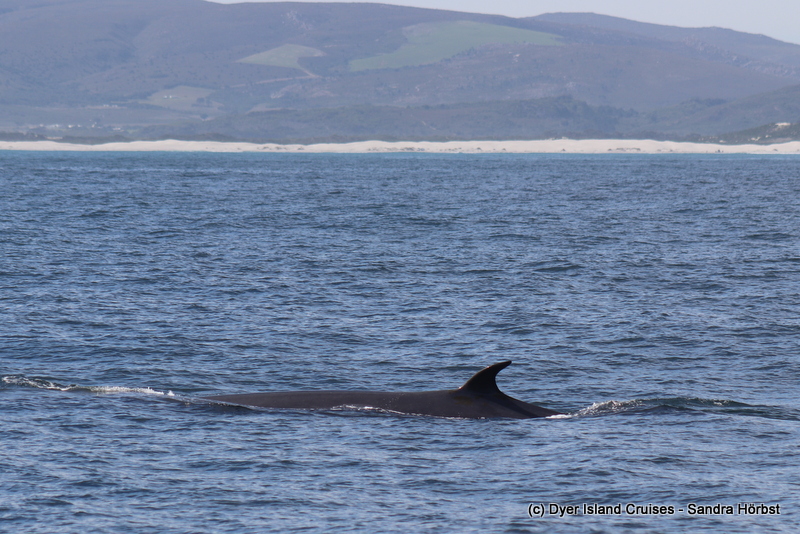