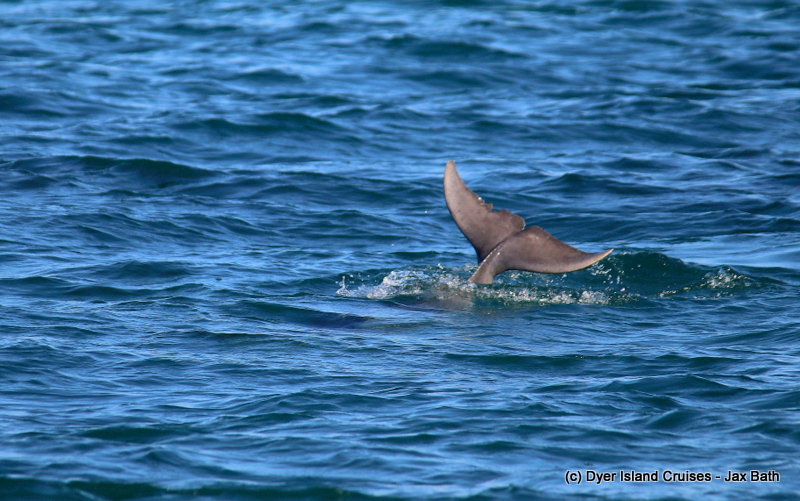 Luck really seems to be on our side this week, with the most spectacular tours. Today, we were once again able to spot out Marine Big 5 with the Southern Right Whales popping up just as we decided to head back into Kleinbaai Harbour. Although tonight is the full moon, we are still able to time our trips around the tides so we were able to launch and return to Kleinbaai today.

This really played in our favour, with us spotting 3 Indian Ocean Humpback Dolphins as soon as we excited this narrow gap in the rocks. These dolphins were trying to catch some brunch and we spent some time watching as they went about their feeding. Oupa, our most iconic animal was about with a couple of other dolphins, and we had a great time watching as they made attempts to herd and devour some fish. We then took a quick stop at Slashfin where we got to see a Bronze Whaler come up and do some investigating, although the shark didn’t surface completely, we were still able to get some nice views before heading off and onto our islands.

At Dyer Island, we spotted some Swift Terns who were doing their synchronized mating flight, it is likely that they were unsuccessful in their first attempts to have or raise a chick, so they will try once more. We also got to see our African Penguins having a lazy Saturday afternoon on the island.

Cape Fur Seal quality time was our next venture, with the seals really showing off and giving us some excellent photographic opportunities as they went about their ways. We had many seals checking us out in the water whilst others enjoyed the comforts of dry land. Next up, we took a tour into deeper water, where we did a bit of searching for some whales before deciding it was time to head back to the harbour. It seems as though a pair of Southern Right Whales had different plans however, popping up at the last minute and giving us an awesome show. We got to see a bit of a spyhop, some rolling around and even some tail action before these whales took a deeper dive. Although they’re unlikely to hang around here, it was great to see a couple of these gentle giants passing though. 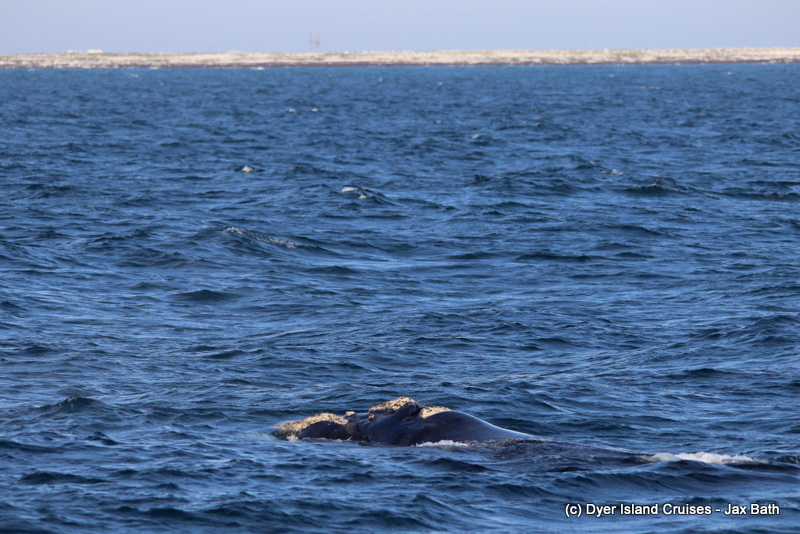 We found these Southern Rights moving just in front of Dyer Island. 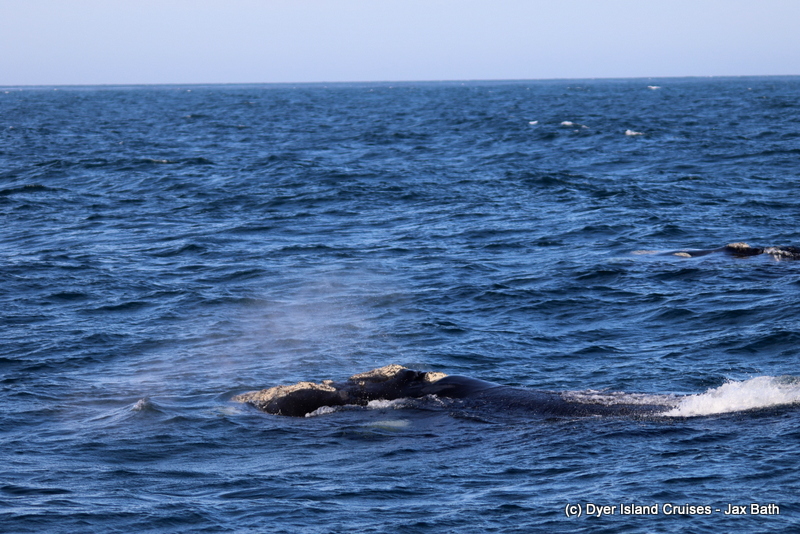 Here you can see some of the whales blow, which can be used in scientific studies. 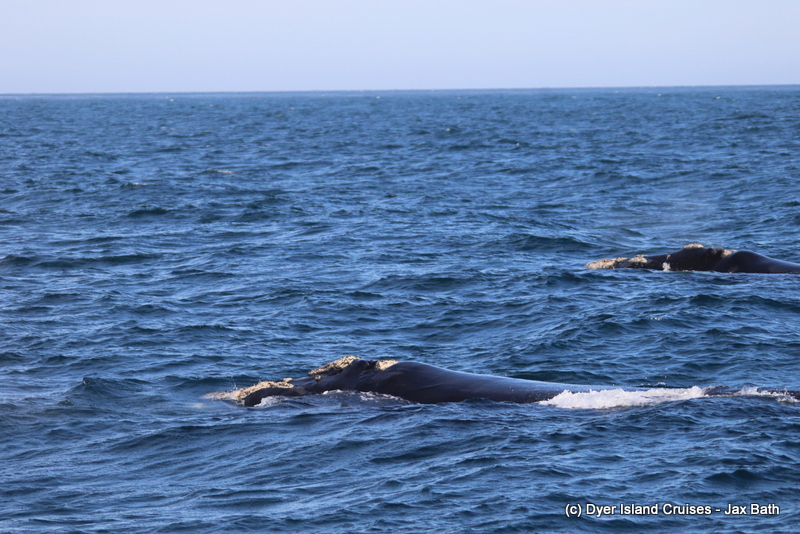 Both Southern Right Whales coming up. 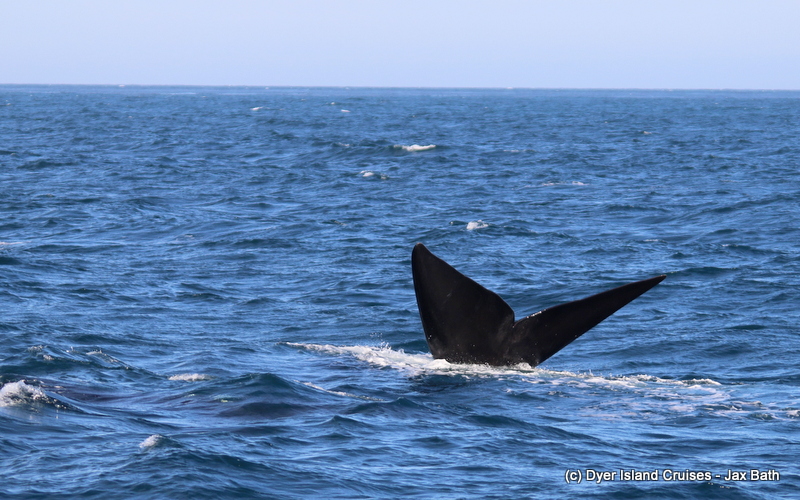 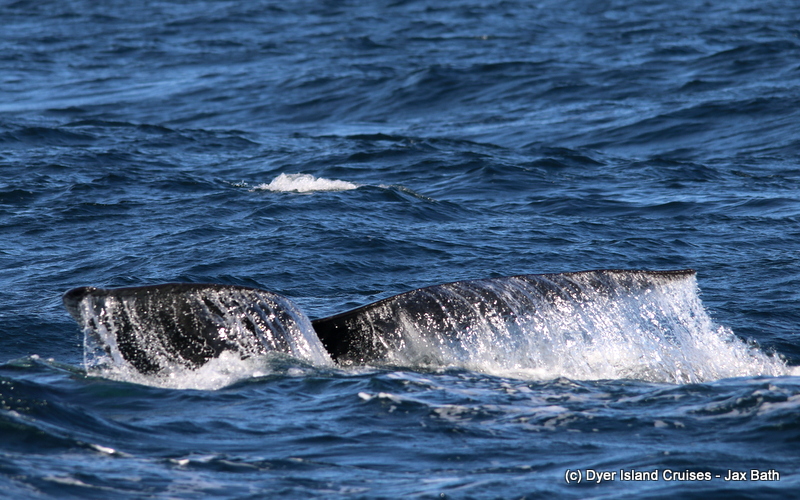 Watching the water fall off of a whales tail is always magical. 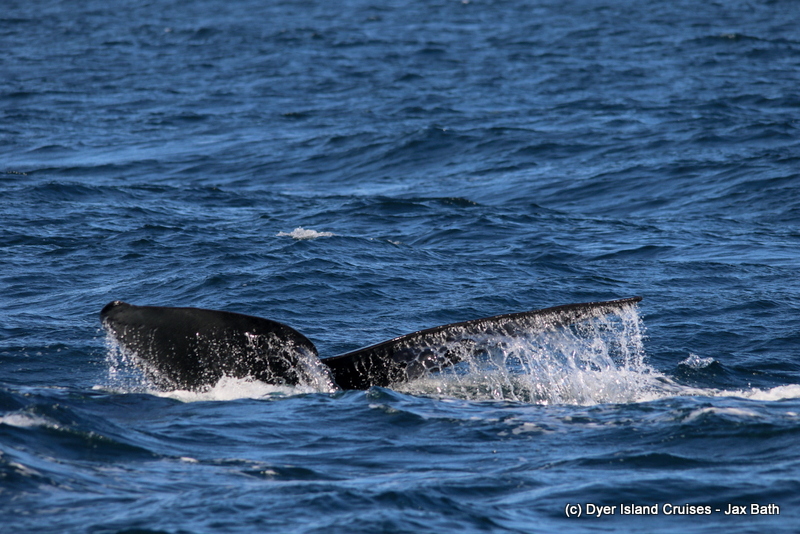 We got to watch as both animals took a deeper dive, showing off their tails before going down. 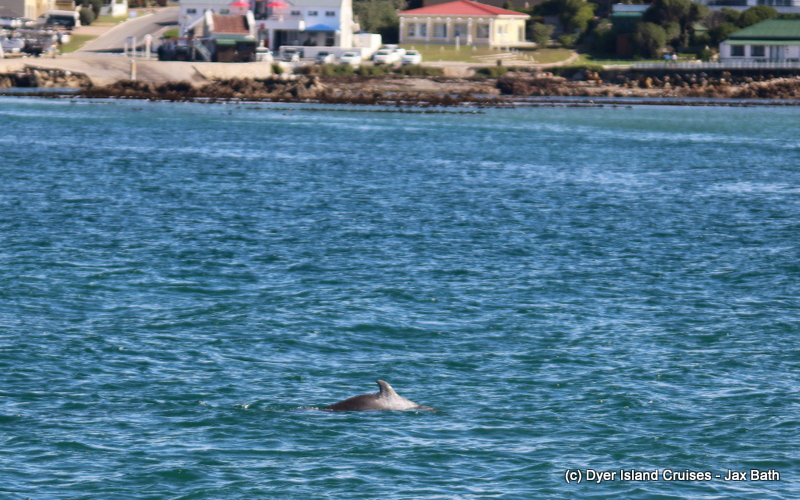 Oupa, our most iconic Humpback Dolphin, just outside the harbour. 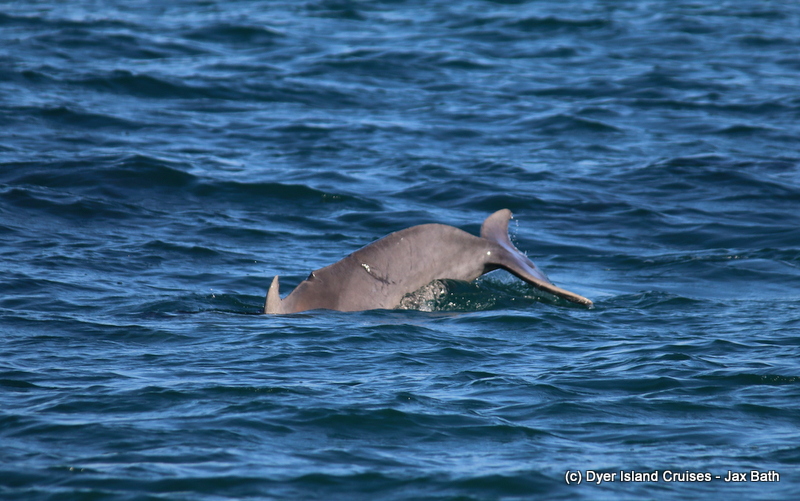 These Dolphins were fishing, so we were treated to some awesome sights!

Today seemed to be a lucky day for tails. 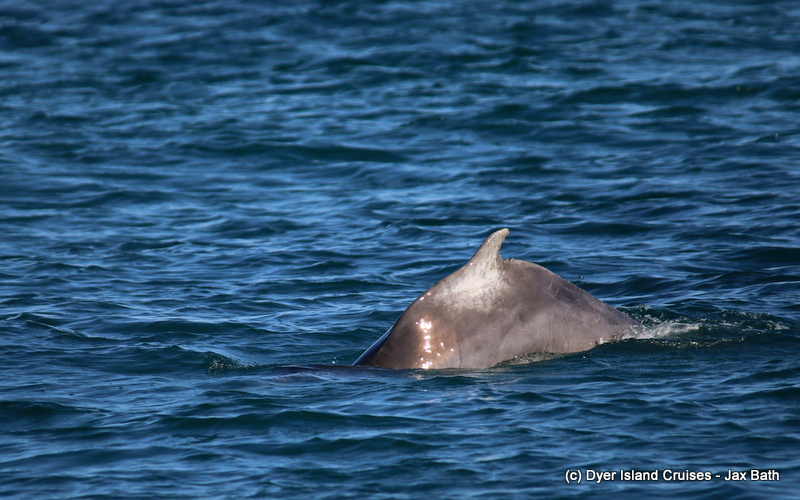 A closer look at Oupa. 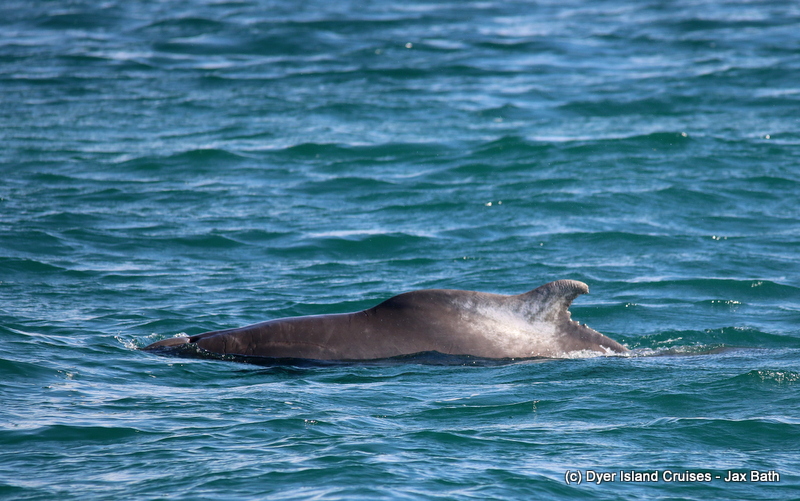 And a side profile of our favourite dolphin. 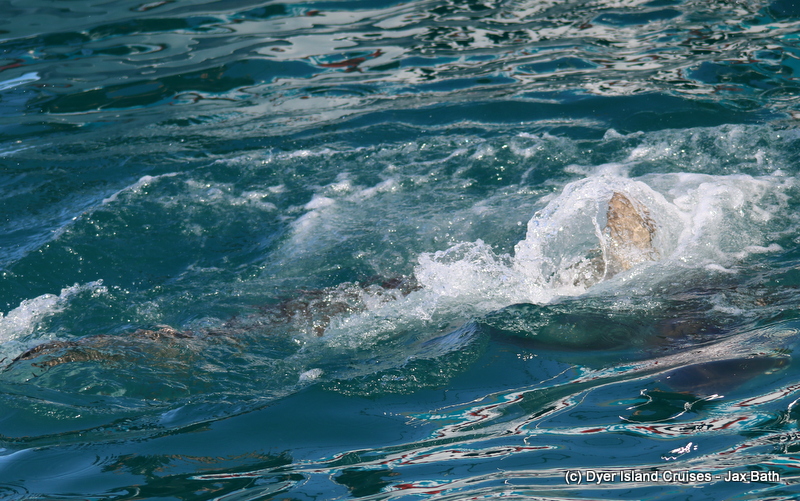 A Bronze Whaler Shark over at Slashfin. 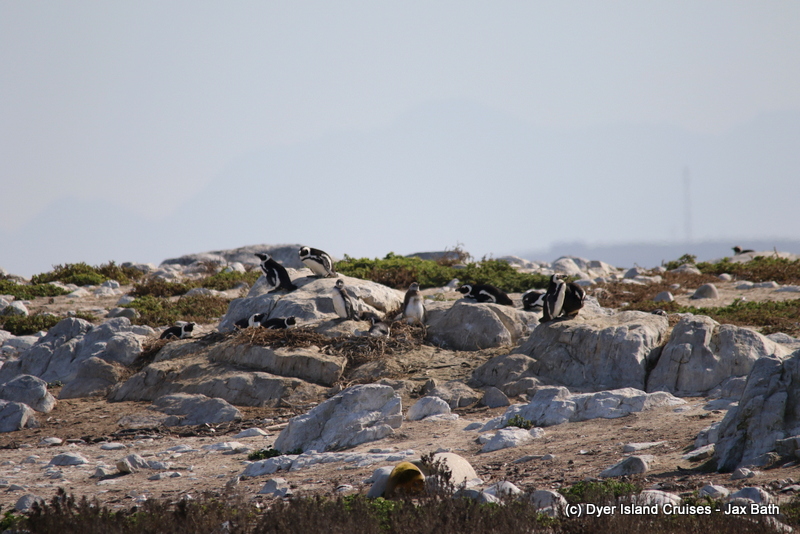 African Penguins, including some chicks, sitting at the top of Dyer Island. The chicks look like they’ve just moulted into their baby blue colouration. 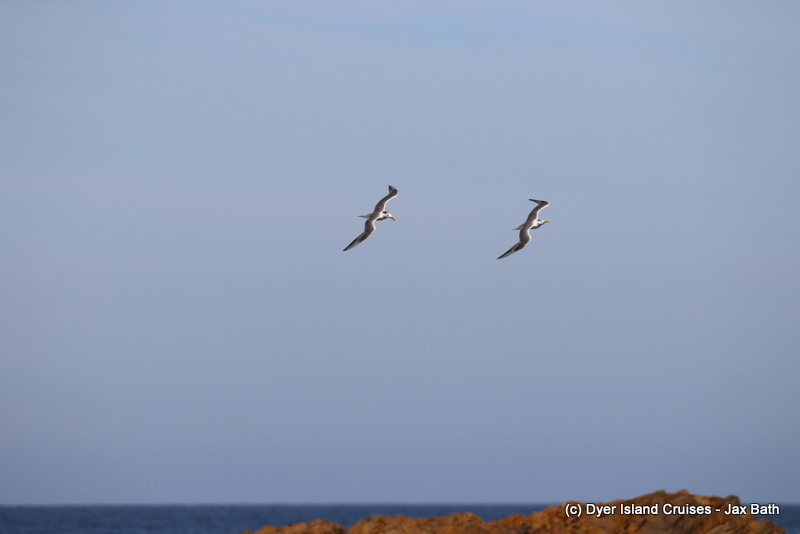 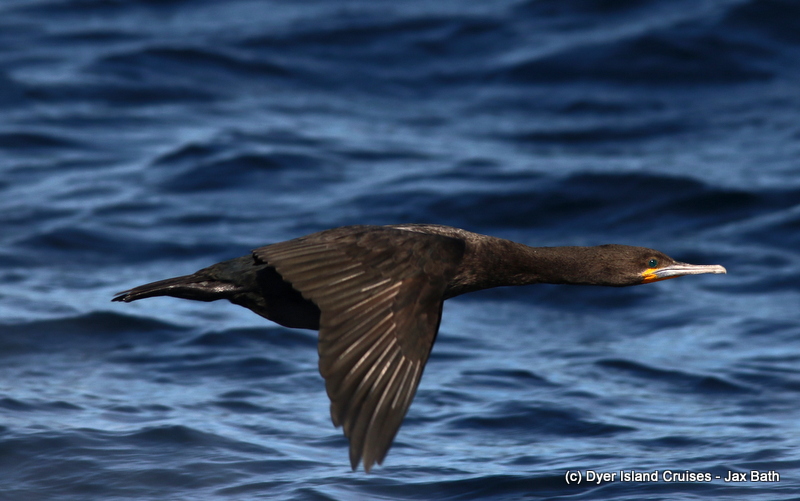 A closer look at our Cape Cormorants, who are really quite stunning. 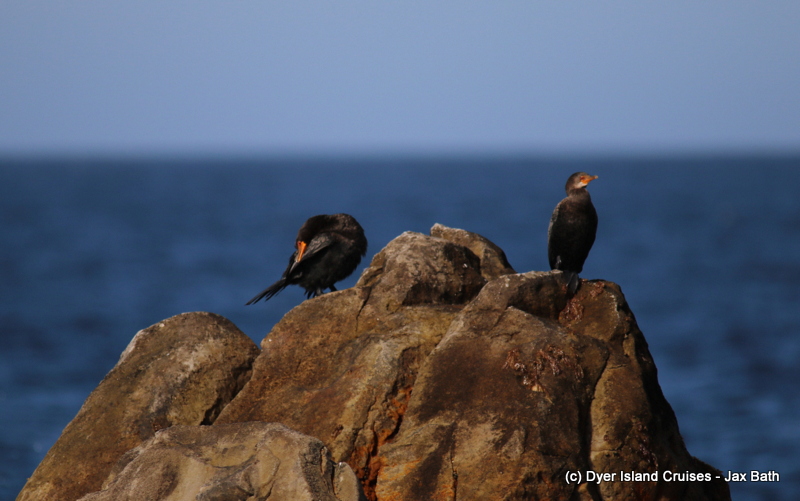 Two Crowned Cormorants on Geyser Rock, can you see the colour difference between these cuties and the Cape Cormorant above? 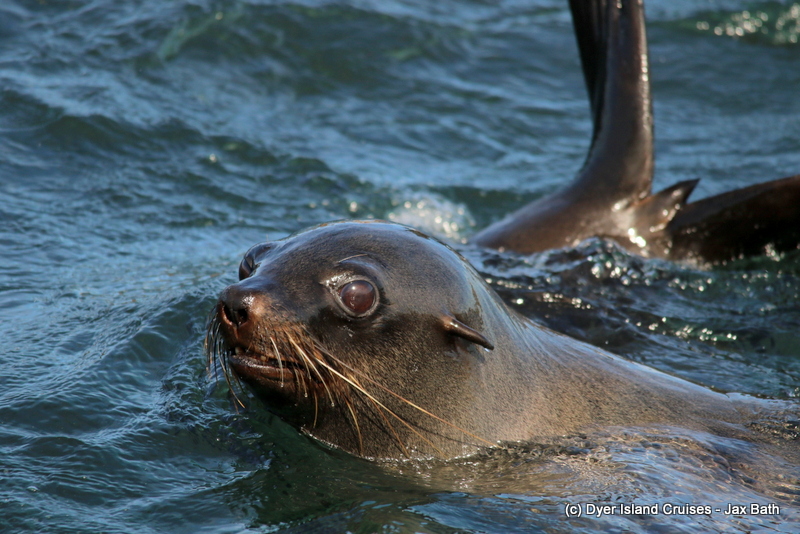 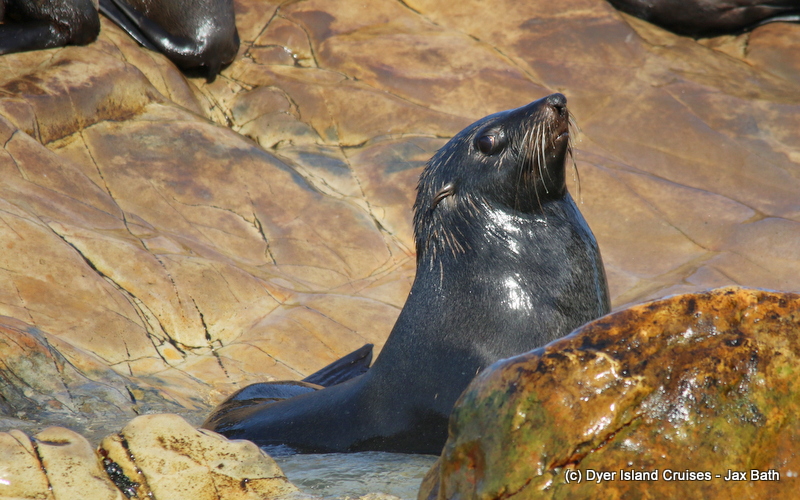 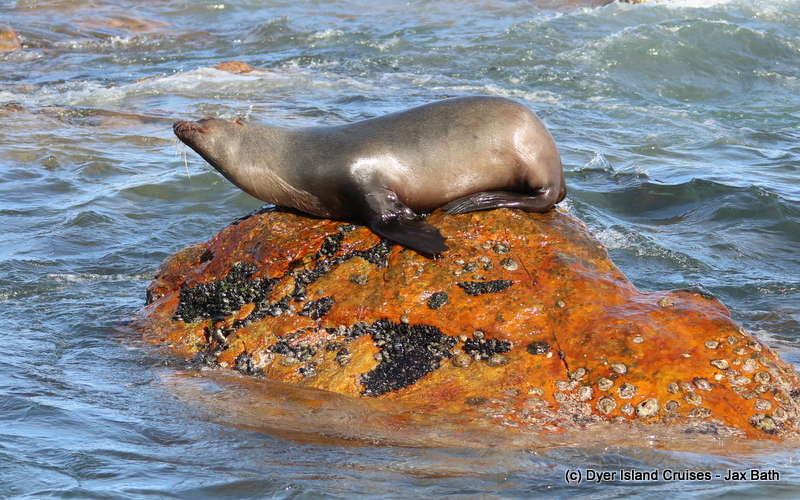 This seal was having a self care saturday, rubbing himself against the rock. 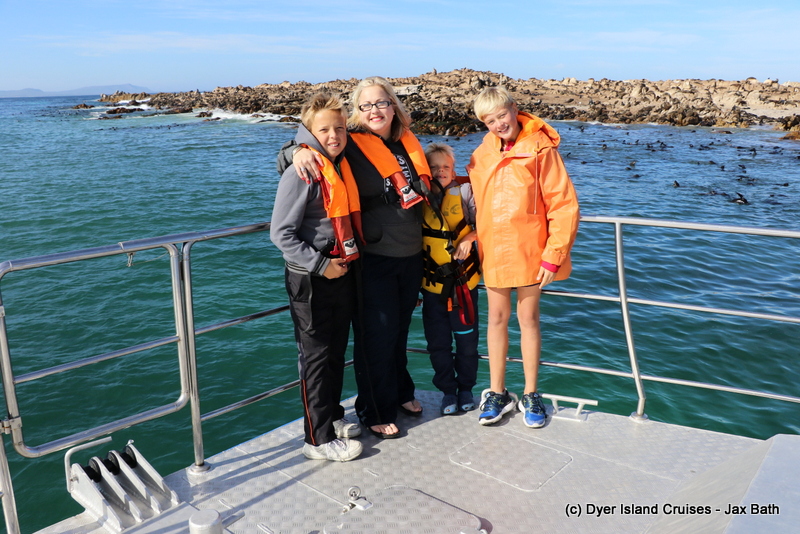 Happy faces on a Big 5 tour. 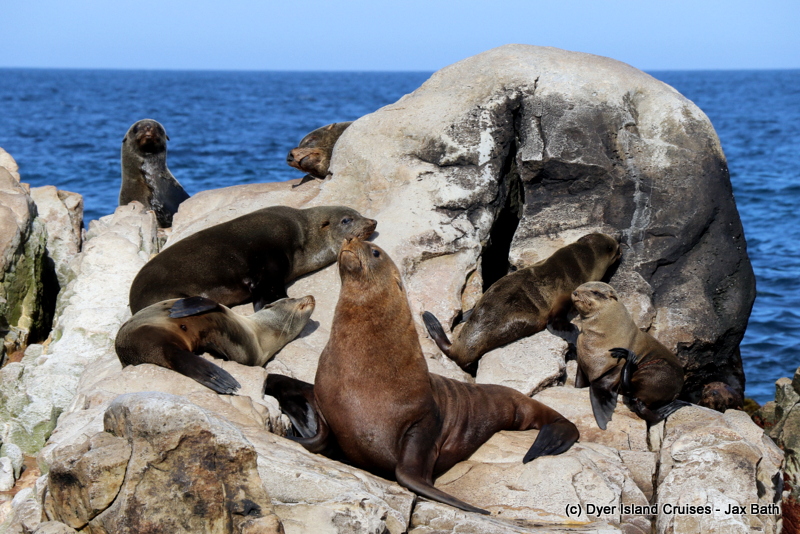 The look of judgement on the big seals face is priceless. 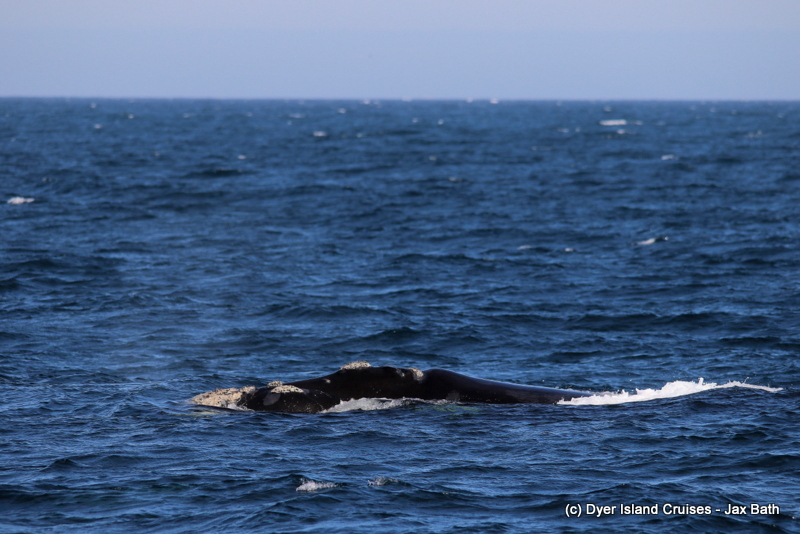 One more look at our Southern Right Whale.