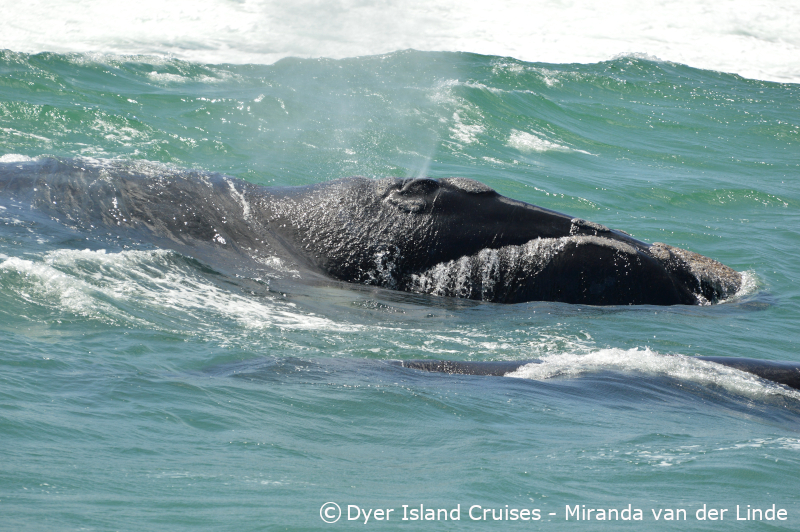 This morning started off beautifully with the sun shining brightly and our crew ready to set sail. Not long after we left the harbour, we got our first sightings of the endangered Humpback Dolphin, which is always a great excitement for everyone. We then headed to the shallows to see if we could catch a glimpse of a shark and were lucky enough to be able to see the beautifully coloured Bronze Whaler Sharks around the cage diving boats. While we headed out to Pearly beach, we encountered a juvenile African penguin and a Giant Petrel flying overhead after which we came across our gentle giants, the Southern Right Whales. One of the mother and calf pairs is quite unique as the mother has a brindle colouration which occurs in 4% of the population and are generally born male. Our seal population was entertaining as always and showed off around the boat with their diving and acrobatics in and out the water. The afternoon trips were just as fortunate to see 4 of out marine big 5 including a sighting of a Great White shark on our second trip. 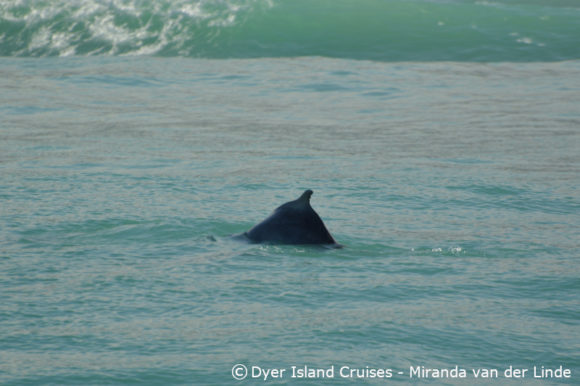 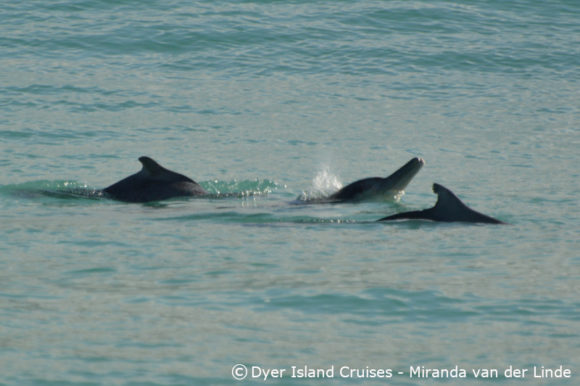 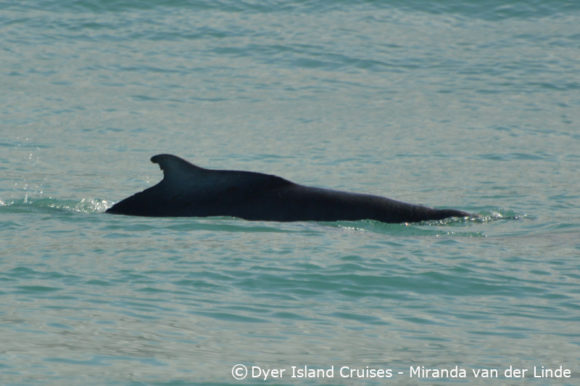 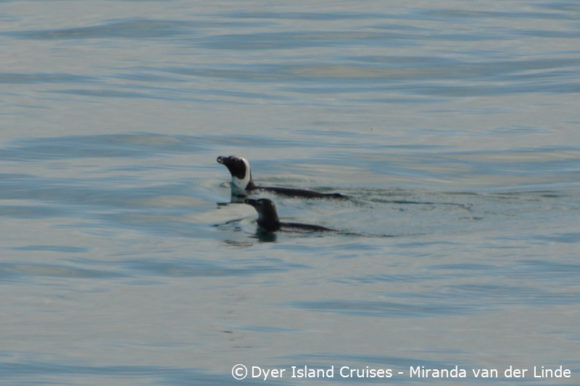 African penguins in the water 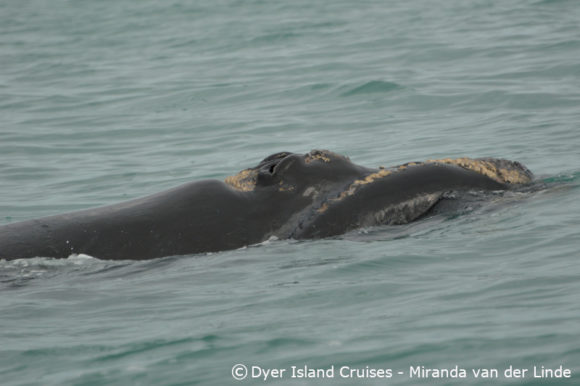 The head of a curious juvenile Southern right whale 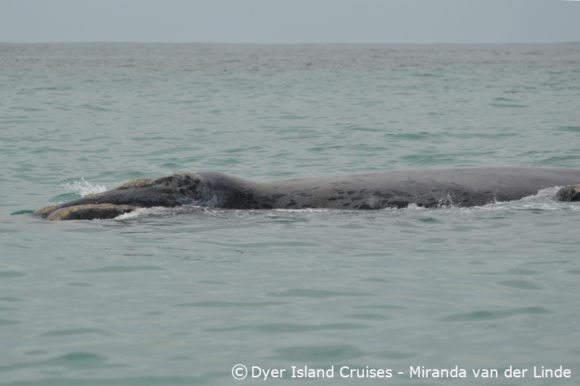 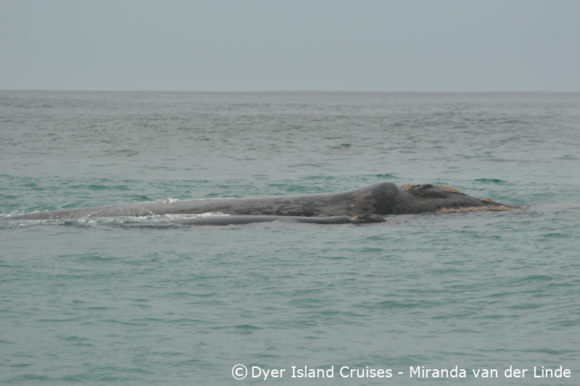 A brindle mother with her juvenile 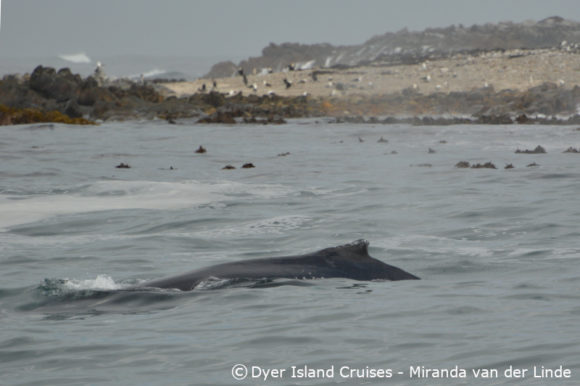 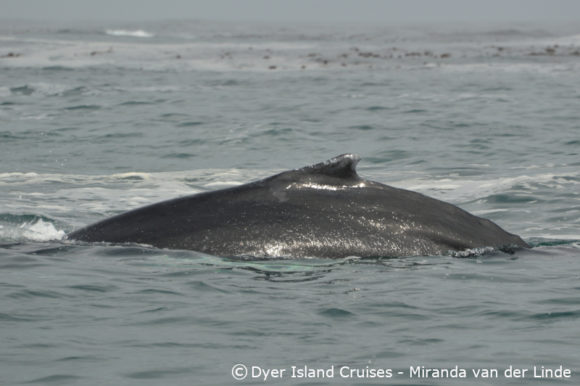 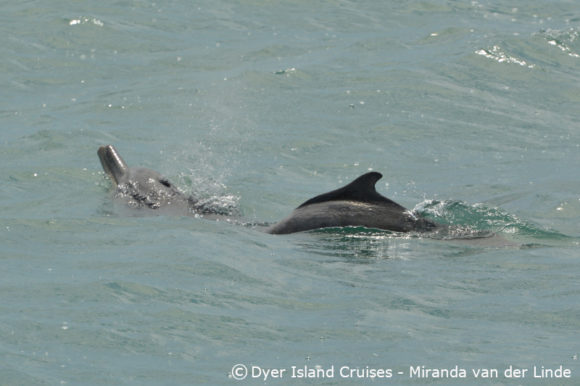 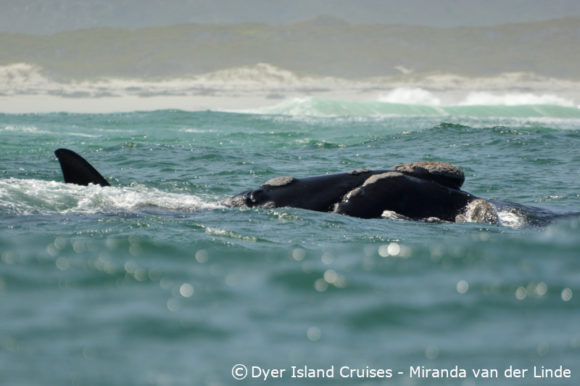 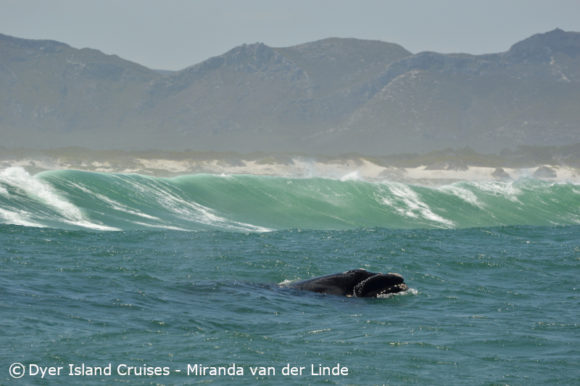 A juvenile Southern right whale close to the beach 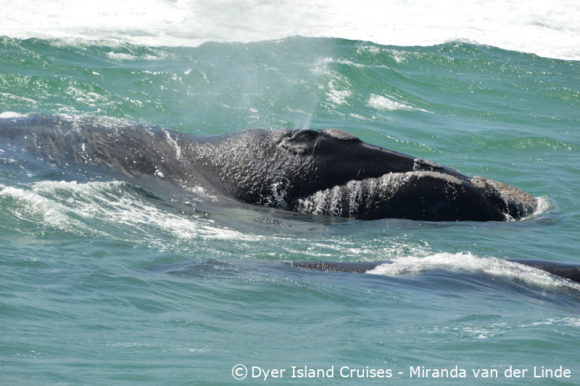 The huge head of an adult Southern right whale 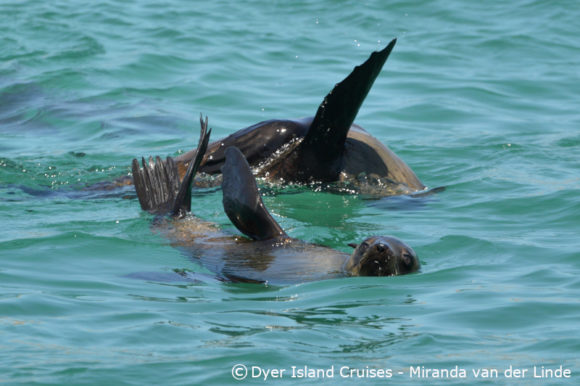 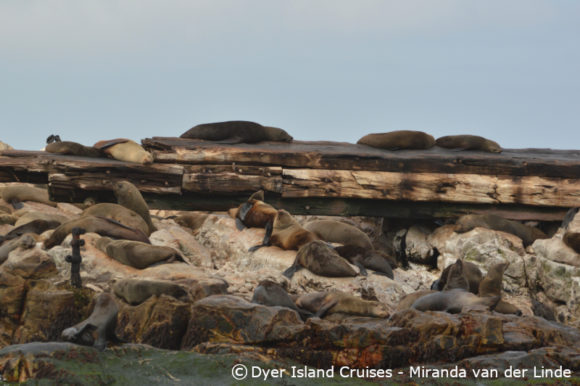 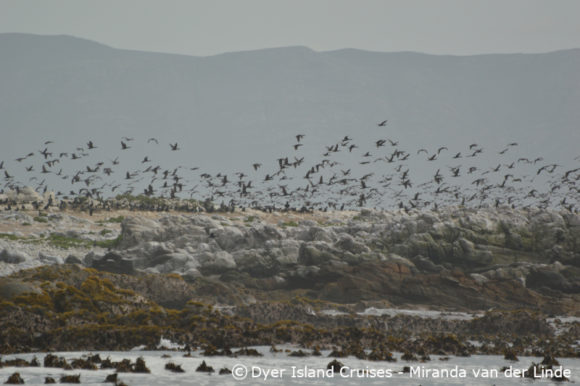 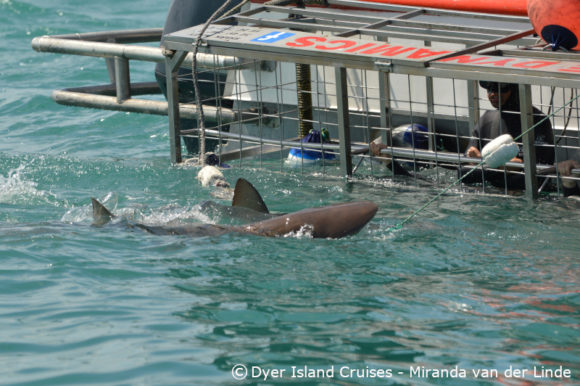 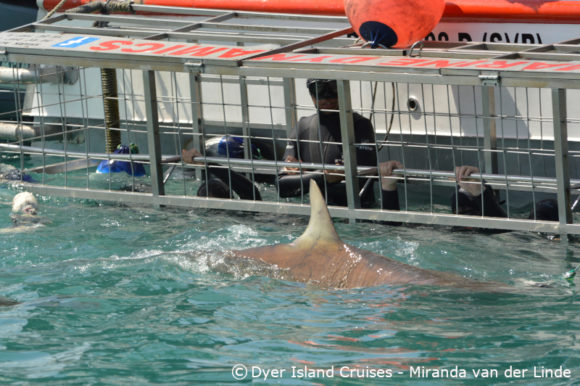